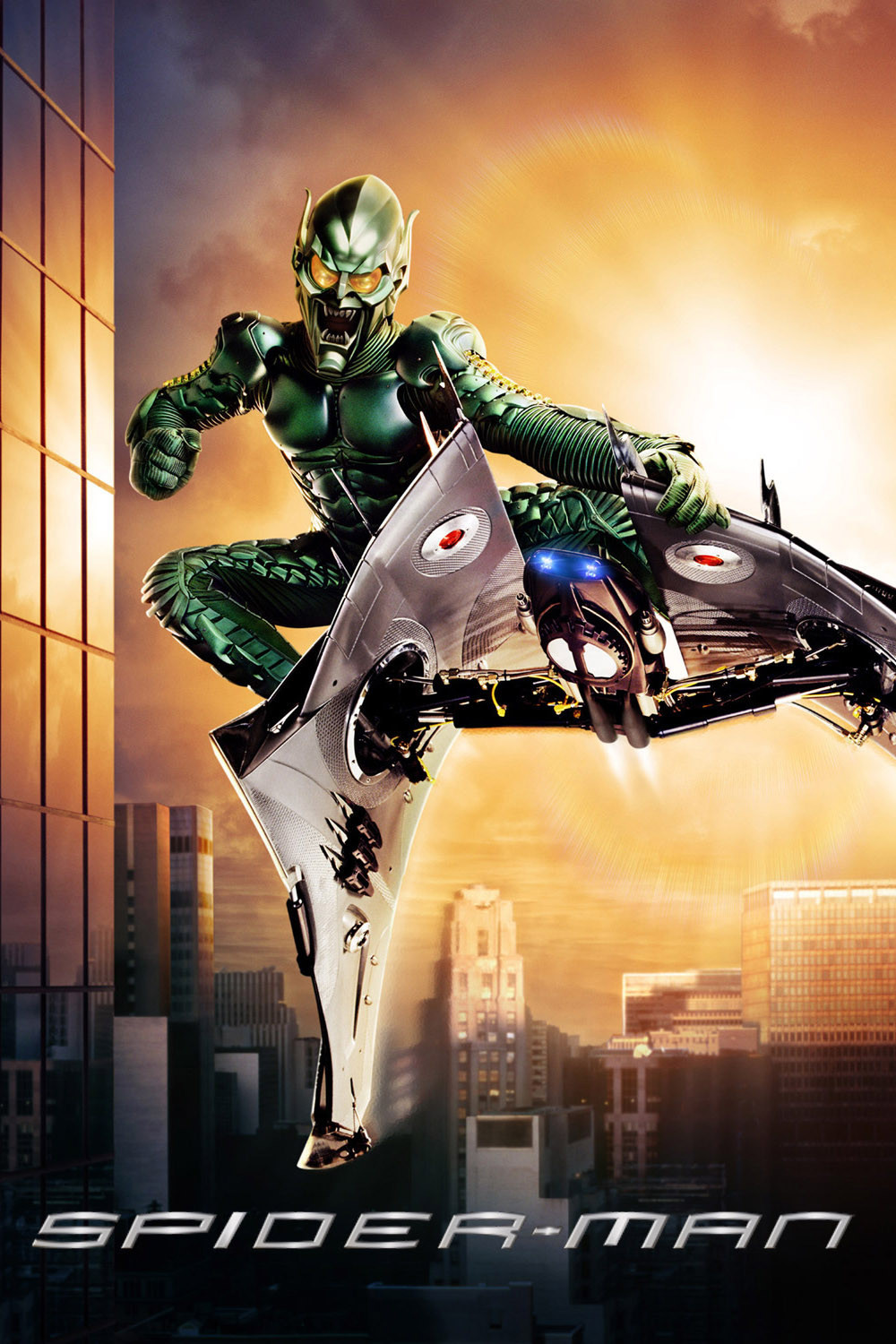 I see that this costume gets a lot of hate and many people dismiss it as just a power ranger thing, but honestly, I personally don't mind it. I think the sleek design is kinda cool and the mask scared me as a kid and could be intimating somewhat.It's way better than the AMS2 Goblin, so I really don't think this costume is as bad as people think

I always thought it was badass, especially the helmet, but I was like 5 when the movie came out, so...

It can’t emote, and it’s a really expressive, emotive character.

It's whack. Comic suit is whack, too.

Ultimate Goblin is the best greengoblin.

It was fine, I didn't care.

You can't convince me comic GG doesn't look like a fool.

I thought it was perfect for the time.

His voice was emotive enough.

If I remember correctly they attempted a test run with a "real" goblin and it looked awful.

Especially when you have someone like Wilhelm Defoe who is very expressive playing the part.

I didn’t hate it

Though it could perhaps go back to formula
OP
OP 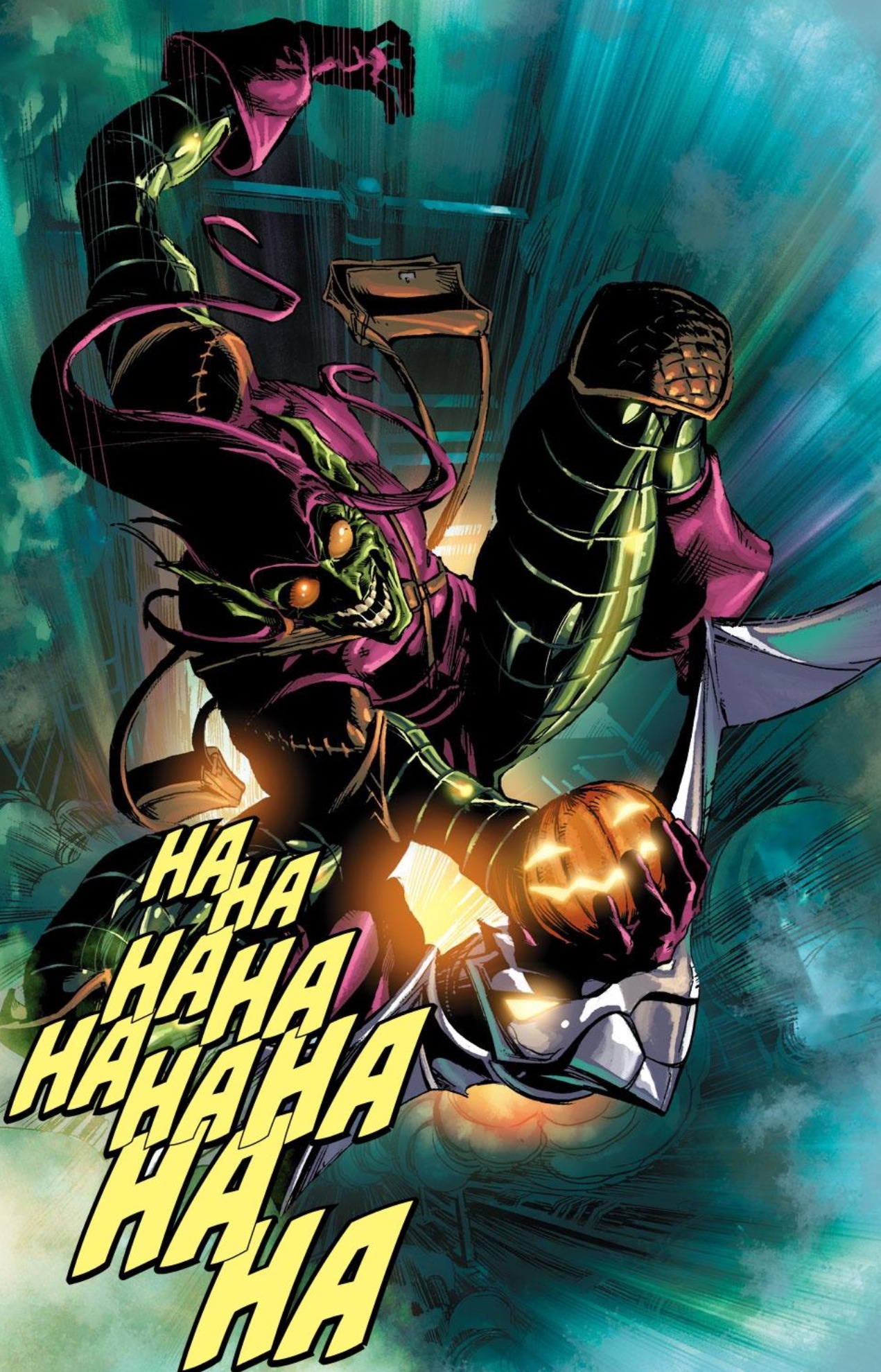 I am always reminded that they had alt green goblin mask which looked a lot cooler: 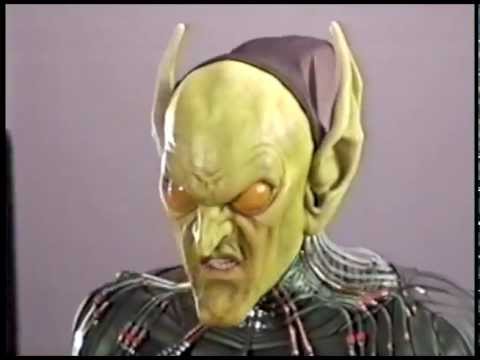 this is THE DELETED TEST OF THE ORIGINAL GREEN GOBLIN!!! THEY SHOUD MADE THIS!!! PLEASE GIVE ME A LIKE!!

What could have been
OP
OP

What body would have been used?

As said just suit can’t emote, which makes it just too one dimensional.

Voice aside I always liked the version from the 94 cartoon.

Compared to whatever the fuck they were going for in ASM 2, it's a masterpiece.

I hated it then, and I hate it now.

I am a Bird

It's fine. Its a comic book suit from the early 2000s. Its not the best depiction of the Green Goblin, but its not the worst either. To be honest though, the green goblin's design definitely doesn't lend itself to real life very easily. Just be happy that they didn't try to CG a cartoony green goblin face on him using early 2000s CG.

The alternate version they had looked cool, but the big orange eyes made it look stupid though.

It’s ok it’s better than then one from the amazing spider man 2 movie.

Lightning Count said:
As said just suit can’t emote, which makes it just too one dimensional.

Voice aside I always liked the version from the 94 cartoon.

I thought it was cool at the time. The action figure that came with the glider was dope. Would've liked more purple on the suit itself tho to break it up a bit.

It's better than both Harry's suit in SM3 (snowboard goblin) or whatever the fuck was going on in ASM 2 at least.

I didn't hate it.

I really liked it.

Yes, you are. It's terrible. That animatronic mask would've been amazing. ASM 2 Goblin was even worse.

Huh. It's amazing redesign that makes sense. I'm a fan.

I think the attitude back then was "its not the comics so its shit". I think the design is fine and fits the movie but could have been better. The leaked mask design is a million times better. 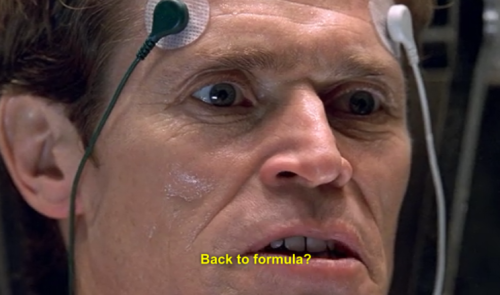 It looks like something out of Power Rangers. Very cheesy. Luckily Willam Dafoe is an amazing actor who played the part well enough to offset the goofiness.
OP
OP

Would the animatronic face have kept the same body

The tone and performance made it fine. I think it would have been better if they would have Incorporated a tattered tarp as the cape. Like once they shelve the project they throw a tarp over it and then Norman leaves it on the suit.

It would have felt at home in this movie Even at the time when I was like barely a teenager I saw this suit and went "eeehhhh....okay."
I didn't hate it but I didn't like it much either.
Ultimately, I don't think history remembers that mask too fondly. There were better options.
Everybody loved Dafoe, though.

The older I get the more I realize that military dickhead was right, Osborne was wasting money on something that would never go beyond the prototype stage.

All Spider Man villains suck except for Venom.

It was always terrible. Design only, it's awful. From a practical standpoint it was even worse because you just knew Willem Dafoe was hamming it up behind that plastic garbage and you aren't allowed to see it.

nah it was great. he looked like a power rangers villain

Spidey has the second best rogues gallary, behind only Batman.

I was always disappointed they didn't go with something closer to the unused Alex Ross design, which was much more faithful to the comic book look.

The mask is the problem

But who tf 3d printed this high tech goblin mask? It shouldve been one of the naturalistic ones Dafoe had on his walls

I thought this as a kid and it was lame.