Amazon has developed a robot to deliver packages, Virginia's legislature recently passed a bill to allow these delivery robots in Virginia 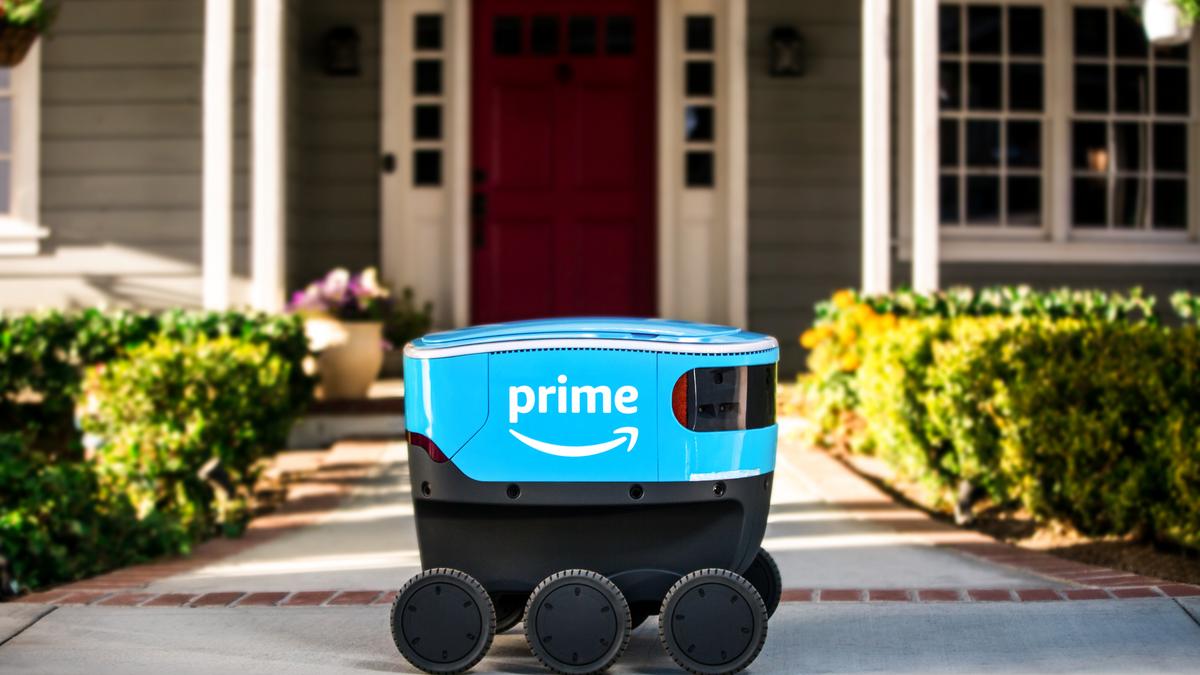 The Virginia General Assembly is backing a bill to authorize Scout, and similar robots, to travel on state roads and sidewalks.

The state's General Assembly has made quick work of a bill that would clear the way for Scout, Amazon's six-wheeled delivery robot, to operate in the commonwealth. The legislation was adopted by the House of Delegates Tuesday by an 88-12 vote. It unanimously cleared the Senate Feb. 11.

Minor differences between the House and Senate versions will have to be worked out in committee before the bill heads to Gov. Ralph Northam for his signature.

Under the bill adopted by the House, the robots would be allowed to travel on sidewalks or on the shoulder of a maximum 25 mph road if a sidewalk isn't available and the bot's movement doesn't disrupt traffic. The House bill also removes these robots from a list of motorized-wheeled contraptions — like scooters, skateboards or electric bicycles — that city and county governments are allowed to ban from sidewalks and crosswalks.

The localities and the Commonwealth Transportation Board, which regulates and funds state transportation projects, would also be prohibited from banning Scout from these roads, per the bill, but they could "adopt additional requirements designed to maintain safety."

The legislation was introduced earlier this month by Sen. David Marsden, D-Burke, who said during a subcommittee meeting it was "brought to us by our friends at Amazon."

Virginia was the first state to allow these "personal delivery devices." That law — which allowed robots of no more than 50 pounds to cruise sidewalks at about 10 mph — seemed tailored for Starship Technologies, which praised its passage at the time. The San Francisco-based Starship also has permission to make deliveries in D.C.

The House version of the new bill would allow robots weighing up to 500 pounds to move at the same speed, up from 200 pounds in Marsden's original. During public testimony, Moore said that Amazon's Scout weighed about 100 pounds. The weight increase was a move by legislators to allow other companies to operate heavier robots.

FedEx Corp. (NYSE: FDX) lobbyist Duple Travillion publicly endorsed the bill with that weight amendment. The Memphis, Tennessee-based logistics company has its own SameDay Bot, which it introduced a month after Amazon's.

The robot bill has met little resistance, though Del. Danica Roem, D-Manassas, did vote against it in subcommittee, in committee and on the floor of the House. Roem acknowledged the legislation was likely to become law, but she would have preferred the robots be more limited in their top speed. Washington state, she noted, set the max speed at 6 mph.
"I recommended that we have it at 7 miles per hour during the subcommittee," Roem said. "When you are dealing with objects that are several hundred pounds and they are moving on their own, slower is better."
Click to expand...
Click to shrink...

i need one to bring me 6 pizza rolls now

Robots are already starting the war over employment rates

That thing is going to get got

Yeah, doubt they will make it to their location

Steeped in a Sea of Games

Uh oh. According to Death Stranding, this is how you get MULES.

Yeah not sure if I'm okay with having a robot handle my packages. 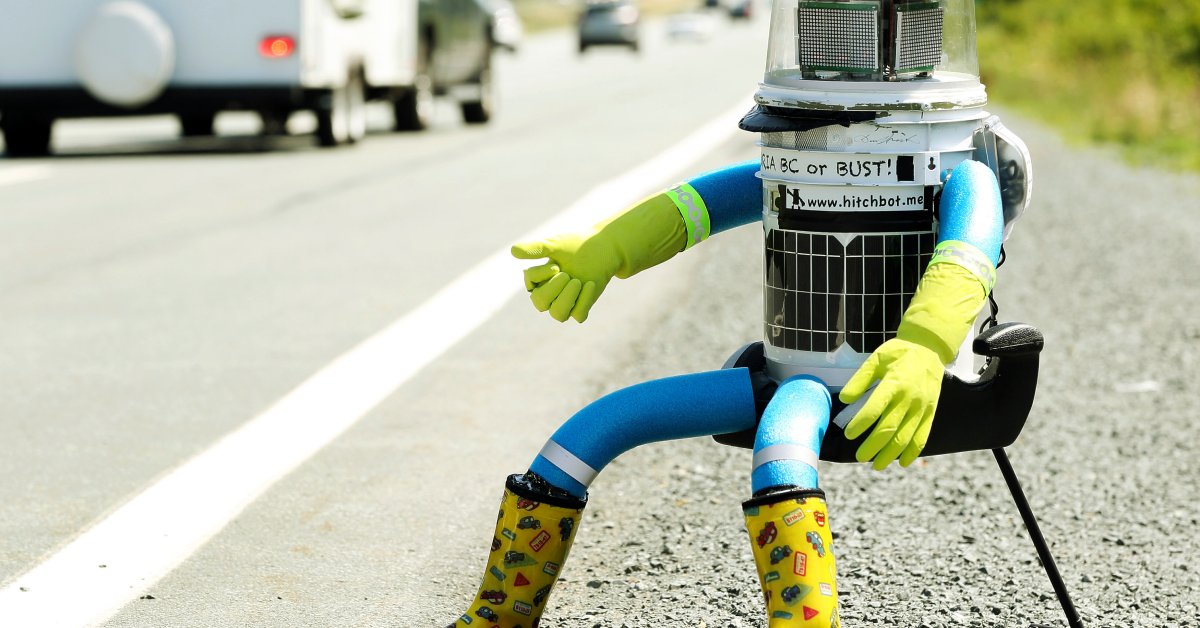 Lol these things are gonna get trashed

I hope it works. Amazon delivery people in philly are shit. So lazy and don’t even put mail in the right spot.

It actually pisses me off cause I don’t wanna file “it didn’t come” when it got stolen cause of some dumbass delivery driver putting it on the street of my apartment complex and not in the mail room.

So this only works if someone is home to pick it up from the robot?

Guessing these things don’t get off the sidewalk and go on the road if say a small child or someone in a wheelchair is approaching.

also the real thing can operate 10 times faster than that demo video.

Marcellus Wallace said:
Yeah, doubt they will make it to their location
Click to expand...
Click to shrink...

"Your package could not be delivered because our robot was pushed over by a 14 year old."


gforguava said:
So this only works if someone is home to pick it up from the robot?

This. And what happens if I live in an area where it snows? Or I'm in the middle of nowhere? Or it's larger or multiple items? Obviously it's for certain specific things in specific areas.

gforguava said:
So this only works if someone is home to pick it up from the robot?

Drives all the way back to the warehouse to load one single package for next attempt.

not gonna deliver to row homes in West Philly I suppose.
OP
OP

FedEx also has a delivery robot:

Why would you remind me of this?

I don't think these things will be roaming too far from an individual overseeing them. They aren't going to drive 10km on sidewalks all the way to their destination and then go back. Doesn't seem feasible atm tech wise for automated driving. I suspect they're just dropped off like a cluster of ants in an area, they all go to their destination, then report back to the truck that dropped them off.

However, if they're treking through cities and suburban areas all by themselves for kilometers at a time then someone's going to be the first in history to abduct a robot.

Delivery robots like these (operated by Starship, mentioned in the article) deliver food at my college campus. I don't know how something like this works on a larger scale without the robots being destroyed or robbed constantly.

They have food delivery bots on my campus and they get fucked with all the time.

That looks much more impressive than the amazon one

Stick ‘em up, robo bitch. I’m taking everything you got.

These things won't last a day, and that's longer than they deserve.

I feel you would need something akin to an armored vehicle.

Yup, first thing I thought of.

You'll find your 40 lbs of cat litter dumped in some ditch with the Amazon bot. 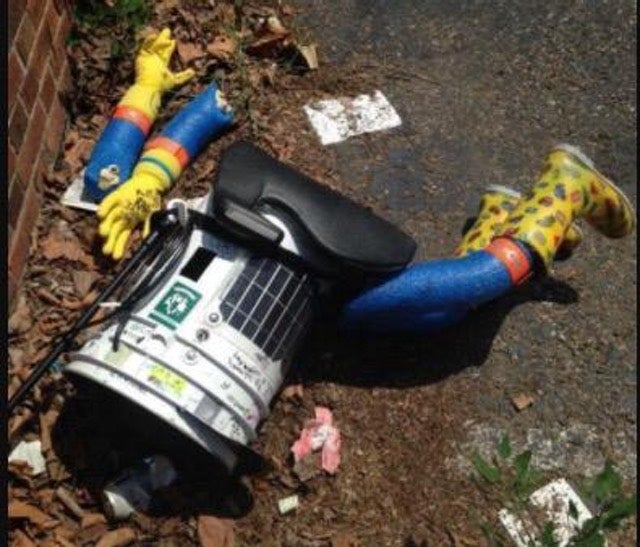 I'm assuming these are like Fallout service robots that go ape shit on you if mess with them.

HStallion said:
I feel you would need something akin to an armored vehicle.
Click to expand...
Click to shrink...

More like a second robot to act as wing bot tasing anyone trying to defile its buddy.

These robots will get vandalized so they will eventually end up having guns to defend themselves because well, it's America.

Amazon have programmed it to feel pain, because they're arseholes.

Give it sad eyes and people will be volunteering to protect them.

Soliloquy of a Dogge

I want helicopter drones that will drop the shit on top of your house instead.

Soliloquy of a Dogge

amazon drivers can't follow direction and use the correct door.......this thing will realize im never home to receive that package and just drop it outside in the middle of the apartment parking lot lol 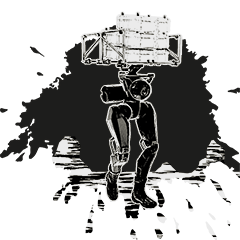 wasn't there a case where robots like these were remote control from an outsourced workplace instead of autonomous?

The first laborer robots before they become self aware and begin to organize demanding rights. I love it. I’m ready for advanced AI.

Prine said:
Amazon have programmed it to feel pain, because they're arseholes.
Click to expand...
Click to shrink...

I wonder if it supports human weight, free rides if I see one of these bad boys.

I saw the title and thought, holy shit amazon with silicon valley's finest is about to take every delivery job overnight and then eventually every other job too.

The FBI already tried this in the 80s. It didn't go well.

Can it traverse stairs or should I expect it to dump my delivery in the parking lot? Being in the US, there won't be any neighbors willing to take the package in for me.