Fate fans will tell you read the VN first, instead of the UBW anime. It is kinda dislike with how much of Shirou characterization is removed in the anime.

haven't any clue if this is any good but figured should note that another aniplex title just hit netflix :P

Next season is so bad I might actually bite the bullet and watch S1 of Danmachi to have something to follow this summer.

Those last 3 eps were fairly underwhelming but I still say this was a pretty good season. The first ~6 eps are, despite their somewhat scattershot nature, some of the finest the show ever had. The denoument arc rather suffered from being, probably, only the beginning of the Fyodor story, lack of any captivating villain presence other than him and near lack of any interesting character issues, Kunikida&Director stuff being the only ones that come to mind at the spur of the moment. The production too did seem like spend most of it's effort on the Chuya arc and had little in it's engines by this time. Still, it's a serviceable finish and I hope we will yet get to see more of these characters, especially considering all that Dazai talk. 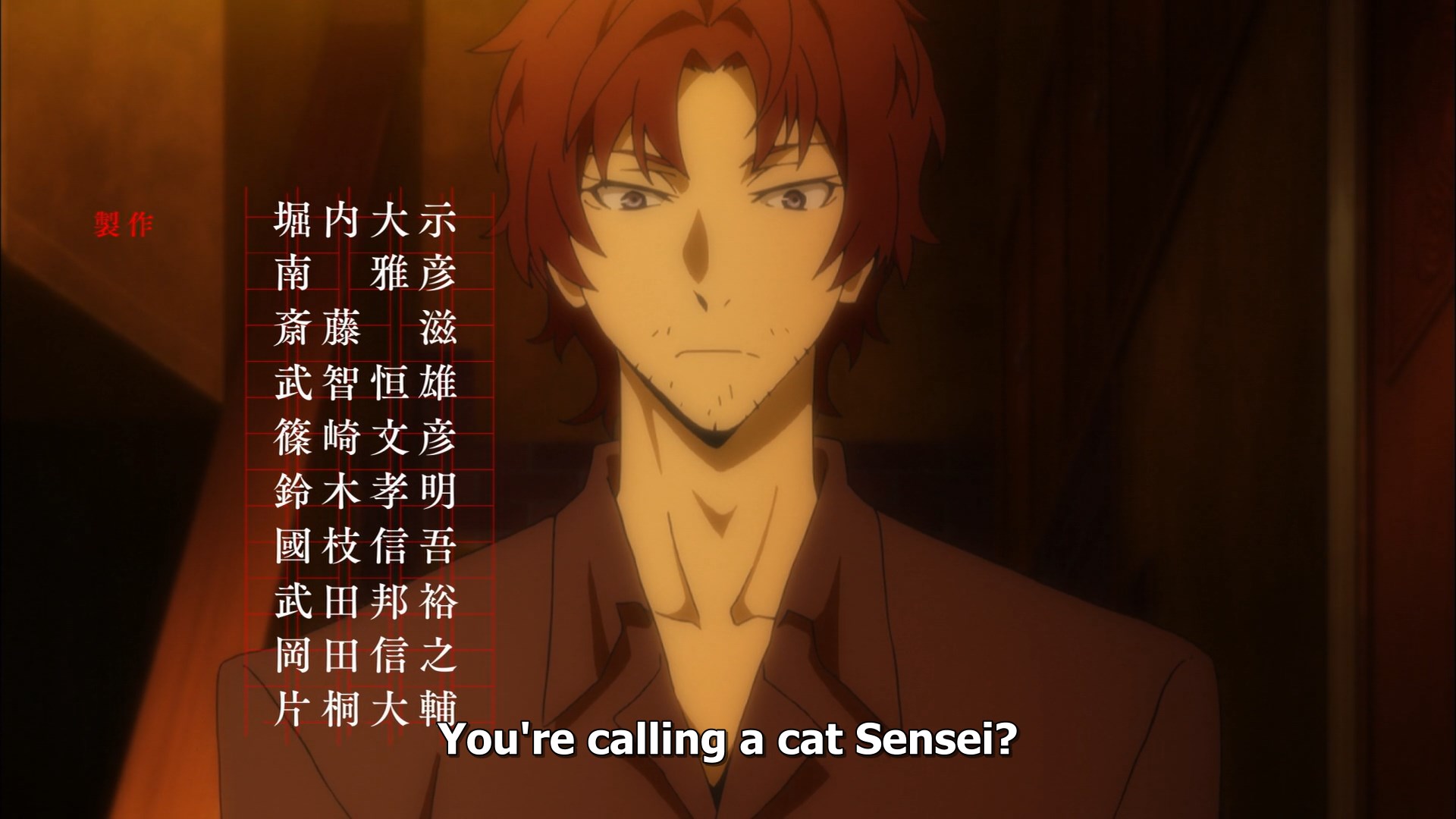 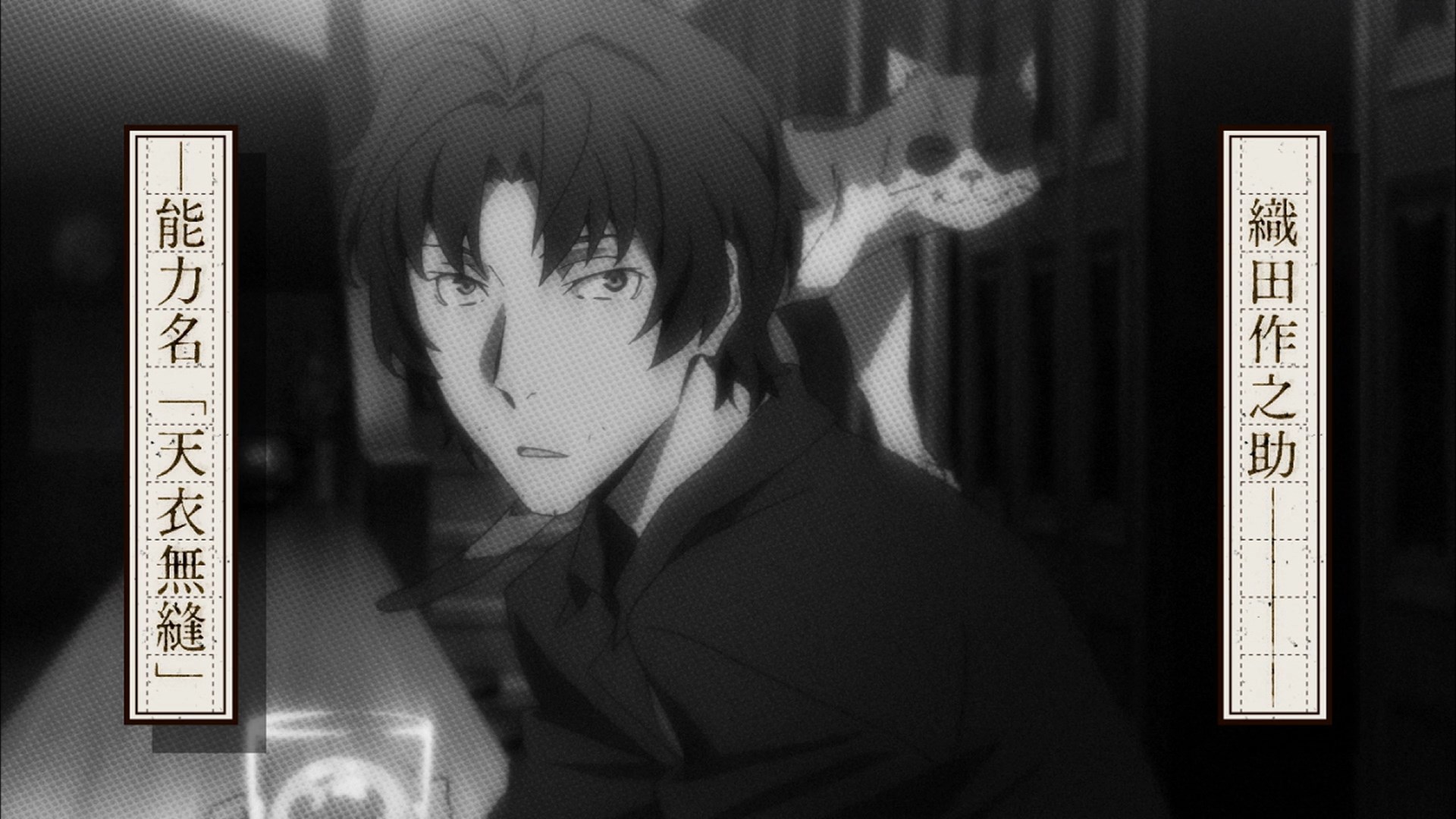 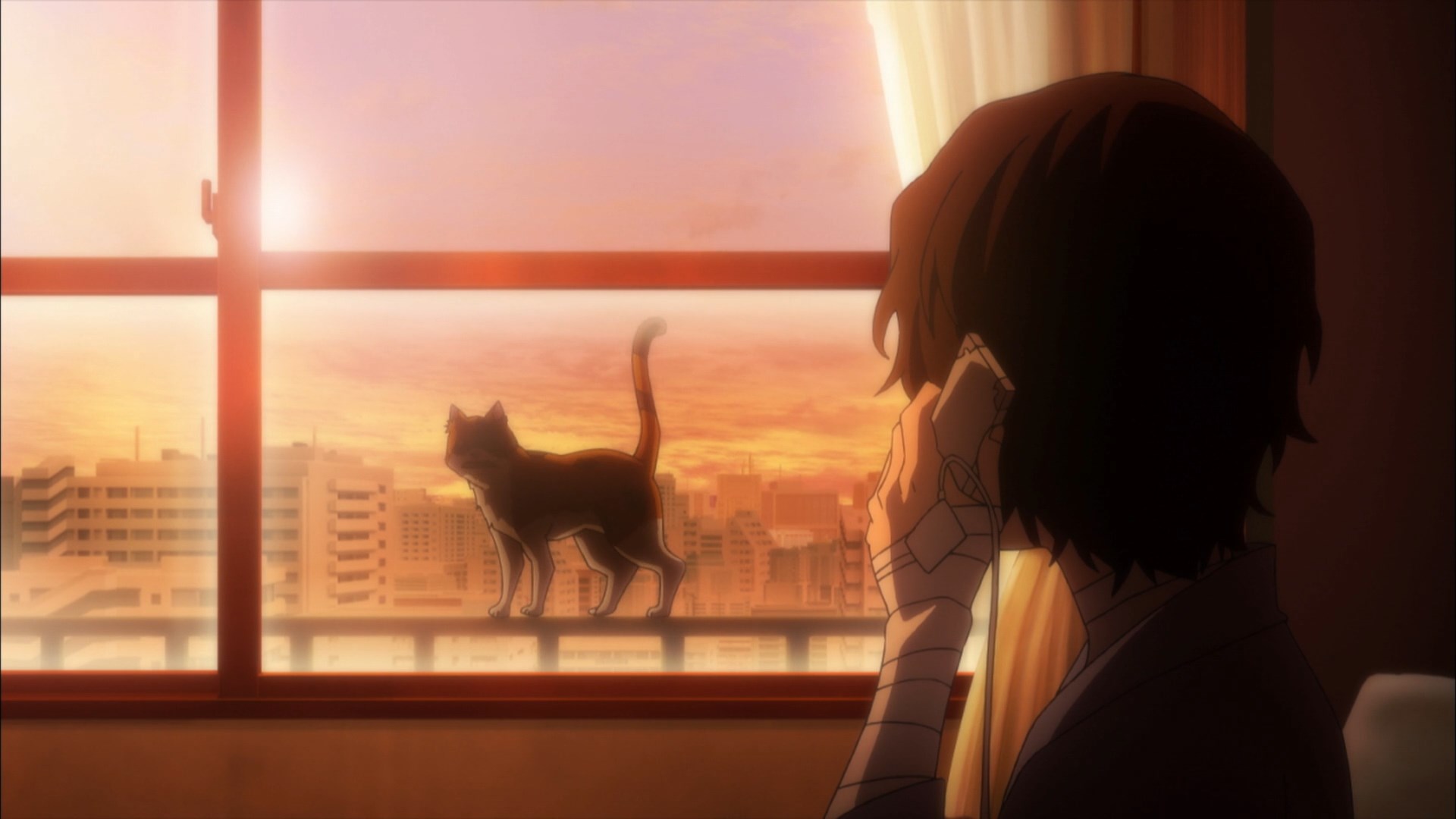 The bloody cat was there from the beginning !

GeGeGe no Kitaro 62
To be perfectly honest, these episodes focusing on the four generals of the Underworld have been far less interesting than some episodes like this in the past. There's this kind of feeling like we've seen this before in the Backbeard Army arc, and some of the scheming of standalone episodes this very cour have done a better job at conveying a more realistic problem with Japanese society and how it could be exploited. The whole scenario here feels artificially constructed to make Rat Man out to be more devious than he's ever been before, but honestly this pales in comparison to some of the schemes he's pulled in the past, abhorrent as this still is. And the fact that all of this is done to put Kitaro in a position to answer for why he continues to let Rat Man stick around while he's wiped out youkai who've arguably done less harm is a question I know everyone who has watched the show has asked, but one I never expected an answer for because there was no way it wouldn't be disappointing. And that holds true here: Kitaro's excuse for letting Rat Man be is one of the show's most underwhelming moments, further compounded by a villain we don't care about being the subject of conflict with this arc's problematic poster child Rei, who continues to be one-note and bland as an antagonistic anti-hero. As the rough mid-point of this arc, it's highlighted why this cour has been better off not dwelling on this overarching story this season, as it has been one of the worst the series has had. But that doesn't take away from some of the excellent standalone episodes in the past few months. Even if I feel comfortable dismissing most of what will continue off of this particular plot thread, I hope the trend of fantastic one-off episodes continues this coming season.

Attack on Titan 59 - THIRD SEASON COMPLETE
While a dramatic denouement from the past couple of episodes reshaping the worldview and continuing plot threads of the series as a whole, I think it mostly worked. Though a bit rough around the edges when it comes to things like Floch's chastising of the leads or the public's mostly off-screen reaction to the news of the truth, that last scene is a wonderful encapsulation of where the series is headed and just what the curse of Ymir is really capable of doing to someone. We've only ever really known Eren at a point after he became the Attack Titan. And as the name suggests, he's kind of a living weapon. If he's got an enemy to fight, he's the best asset to do so because he's capable of pushing past his limits on rage alone, and it has been what's given him an edge over and over and over throughout the series. But we were always lead to believe that Eren becoming this vessel of hatred would have an endpoint: when all the Titans were gone and they could take back not only the walls but the space beyond, Eren could let go of his anger and hatred and return to being someone resembling who he once was. But I think it's become clear to everyone now that the curse of the Attack Titan will never let that happen to Eren. The Attack Titan is designed to fight, that is its sole function. As long as it has an enemy that needs to be defeated, it maintains a purpose that allows it to function for the duration of its life. But it's not that what Eren has seen that prevents him from enjoying peace, it's that his very nature finds the idea of peace incompatible. While everyone else is celebrating their victory at achieving freedom from beyond the walls, all Eren can do is lament that the enemies he NEEDS to fight to maintain his purpose as the Attack Titan are so far beyond his current reach. The curse of Ymir is a very real thing for those who suffer from it, and some adjust to it worse than others depending on the specific specialty of the Nine they inherit. But it makes for a wonderful hook for the remainder of the series to come. I only hope whoever ends up adapting the rest of the manga manages to live up to the standards Wit set at the series' peak moments.

Summer OT will be up within about 1ish hours.
OP
OP