Assuming we don't go to Vice City for the next entry, could Rockstar get away with another GTA game set in Liberty City?

I think a big part of why R* were able to get away with setting both HD-era games in Liberty City and Los Santos respectively is because these locales have been recreated and reimagined entirely with way better tech and even expanded in the case of GTA V. It's essentially completely new for the most part with more detail, and more of the nuances that make these sprawling, larger-than-life cities feel real. There's a genuine difference when you compare say GTA III to GTA IV and GTA SA to GTA V. Like look at Bedford Point versus Star Junction for example: 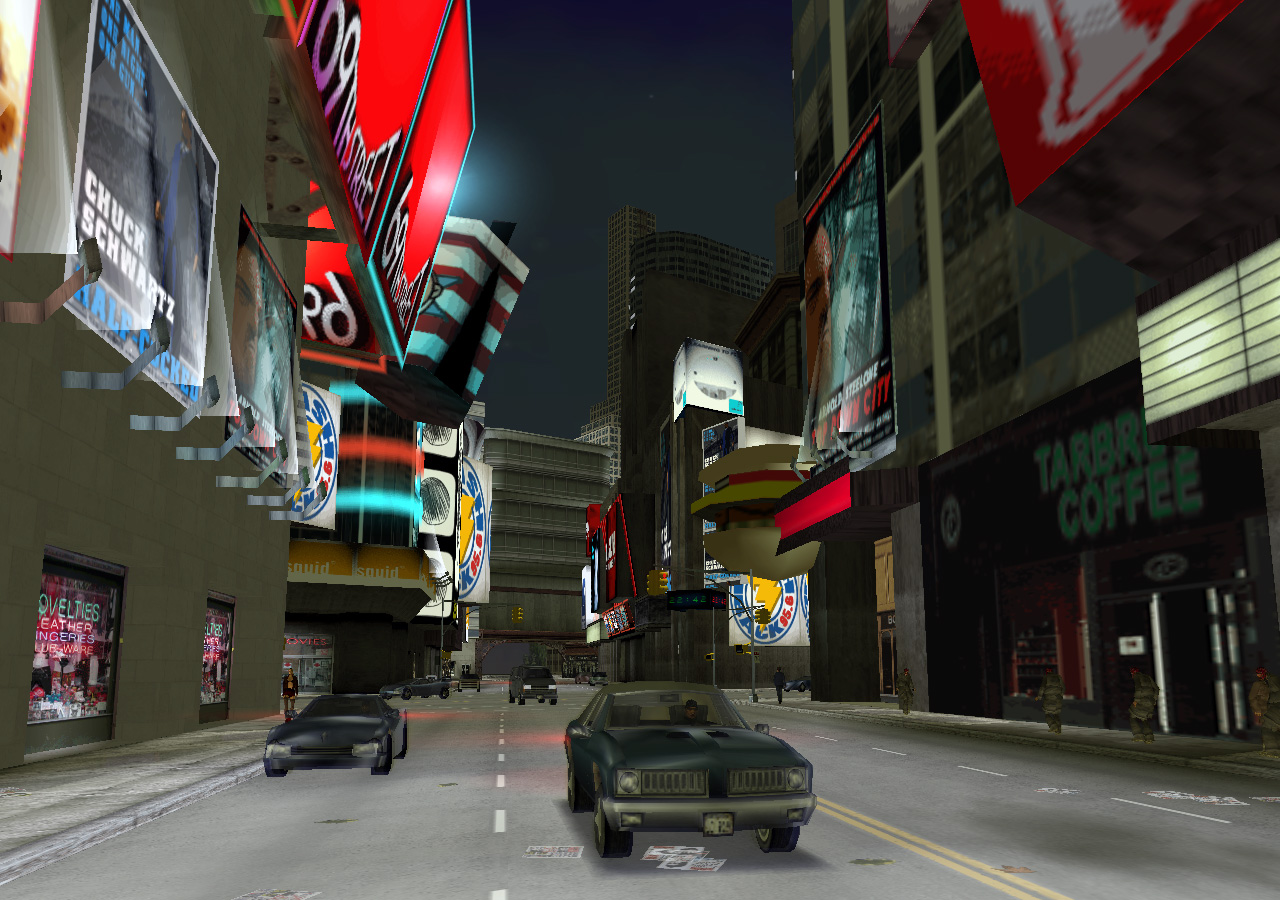 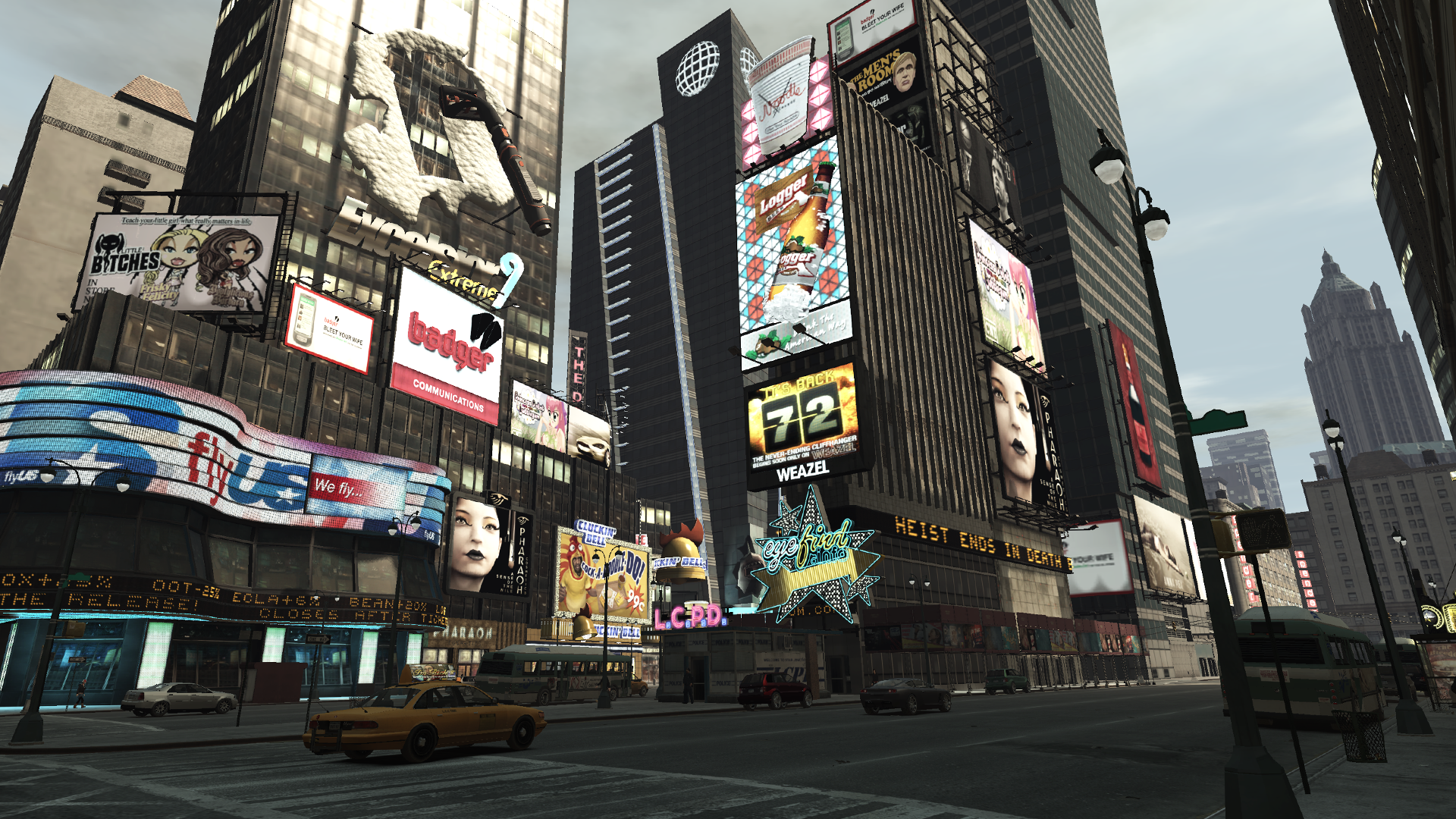 ​
Being a big fan of the series, playing GTA III shortly before getting my hands on IV and going through Star Junction for the first time, I was genuinely amazed. It really felt like Rockstar's vision for their own virtual New York was finally realized in this game after trying their best with GTA III.

It's not just visuals either, but worldbuilding too. GTA IV was the third time Rockstar returned to Liberty City after GTA III and Liberty City Stories. In establishing this HD universe of theirs on top of already established stuff like Weazel and Binco, they introduced completely new brands, companies and entities such as flyUS (pictured above), Albany, Emperor and Brawls which also show up in GTA V. This all serves to produce a coherent universe between the two games.

Liberty City as we know it today, its map, its layout, its everything was fully established in both IV and Chinatown Wars. GTA VI in Liberty City would really just be expanding on top of this Instead of being a complete overhaul like LC in GTA III to LC in GTA IV or LS in GTA SA to LS in GTA V.

There's no real room for major changes anymore. Sure it'd be nice coming back to it with the tech of today but it'd all feel sorta stale. There's a level of 'freshness' that wouldn't really be there. As weird as it sounds, I know this virtual city like the back of my hand and I've been here before. That WOW factor of going from GTA III to GTA IV can't really be recreated with GTA IV to GTA VI which is why I'm hoping R* give Vice City its own re-imagining with the flavor of the HD Universe which has been going on for 11 years now or better yet, give us a completely new city we've never been to before.

Thoughts? Would you be cool with returning to Liberty City for the fifth time? How about GTA VI being sent in Vice City or potentially a city we've never been to before?

I would hate it

but at this point they can get away with basically anything

I would play it provided happily they don't pull another GTA5 or Redemption 2.

Liberty City has that dark vibe I love so if that is still there then I welocme it.

I expect it to happen but way into the future, Liberty City + countryside.

The big change will be having more buildings to go into.

Having not played 4, I wouldn't mind going back to liberty city, but I would prefer somewhere new.

I think that the California region is probably the best setting for GTA, with such diverse natural topography and geography, and a great setting for a game, but I'm really hoping they go back to Miami + environs for the next GTA. I'm hoping for a Cocaine Cowboys-like storyline set between Vice City and Cuba (or Guarma if they want to stick with their own fictional universe), where you split your time (or multiple characters time) smuggling contraband, rebels, and so on, back and forth, and get tied up in a sort of ... Bay of Pigs / Mob / CIA-esque storyline. I think they could do Cuba/Guama so originally, too, having it sort of stuck in the 1950s/60s in terms of architecture, automobiles, style, etc.

I really don't enjoy the claustrophobic city designs of Rockstar games compared to the more open settings. I love the balance of San Andreas / Los Santos, and like dense cities but also wide open spaces and geographic diversity.

For unexplored cities for Rockstar, I think New Orleans and/or Washington DC could work. Rockstar introduced Saint Denis with RDR2, and it's really well done. Cities like Chicago, Detroit, Toronto, Philadelphia, Boston, and other urban-North American northern cities are all basically "poor man's New York" when it comes to a videogame setting... Like any story you could tell in Detroit, Philly, Boston, and even Chicago, can already be told in New York. The urban landscape of citie like PHiladelphia or Boston are already similar to New York, except just smaller and less iconic. Chicago gives it a run for its money, but goddam, Chicago -- outside of urban city center -- is such a bland location that's done better by New York from a videogame perspective.

LA, Miami, New Orleans, and possibly DC are at least original locations to set a videogame in that they bring story telling opportunities that are unique to those areas and they're distinctive cities.
Last edited: Dec 3, 2019

It would be a boring choice no matter what, but they could probably get away with it by pushing the tech in interesting ways, like all buildings enterable or something. Could also increase the scale to match real life NYC.

Do Chicago if you really want to go for cold and grey.

I really don't want to go back. Hell, they could do San Fierro, Las Venturas, or a new city altogether.

I'm actually playing my first GTA right now (GTA V) through PSNow and I'm staggered at the level of detail they've put in this city. It feels so real that I'm actually enjoying obeying traffic laws and driving like a normal person just to take everything in.

I'd be all for Rockstar visiting and expanding upon a city they've been to before as itll be brand new to me.

I would take a remastered GTA IV with a new GTA set in Vice City or somewhere else.

They won't do another San Andreas-related area, and Liberty City is done.

Between the 3, I'd prefer Vice City, but I'm open to somewhere new.

I love Liberty City, and it would contrast nicely with Red Dead Redemption 2.

They could get away with ANYTHING

but i prefer Florida city

Only as a second city or additional location. GTA VI with a completely reimagined Vice City/Florida area that also lets you fly to an updated Liberty City from GTA IV (add old or new World Trade Center based on timeline) would be my dream game. An entire contiguous map based inspired by the Eastern U.S. would be even better.

New York is played out.

I'm sure they could get away with it, it would just immediately deminish my interest. The Liberty series entries are my least favorite by far and they'd have to present something really special to get me on board.

They could do rural Iowa and still sell 100 million copies. I would love to see them revisit the idea of multiple cities a la San Andreas (and in a much smaller sense, GTA V with the small towns outside the city limits). I would prefer not return to Liberty City, but I wouldn't be upset if they did. But, come on, GTA VI ce City is marketing that writes itself.

they could get away with anything, but Vice City makes way more sense.

They should take the game back to Europe imo. That’d be fun.

Most US locales feel played out to me.
They should go back to the London 1961/1969 concept.

I just want Vice City, Liberty City would be a big disappointment, but I'd still be day 1 without a doubt, so they can definitely get away with it.
Also "GTA VIce City" is right there.
You must log in or register to reply here.
Share:
Facebook Twitter Reddit Pinterest Tumblr WhatsApp Email Link