Keym said:
I think that's the Superman logo. Can anyone confirm?
Click to expand...
Click to shrink...

In my world it's a symbol for S

Sadly, based on the likes, me and her are the only ones with a craving for Crazy Jane merchandise. Really want me a snapback cap.

Stargirl premieres May 11th on DC Universe, and May 12th on The CW.

“Stargirl” has an official premiere date on DC Universe. The live action DC Comics series will debut May 11 on the streaming service. It will then air on The CW on May 12, as it was pre…

Did anything come out of those Smallville tweets?

Can I get a link to the Discord?

I think that style of mask is just cursed to never look good when done accurately.

Here's the same problem with the Smallville version: 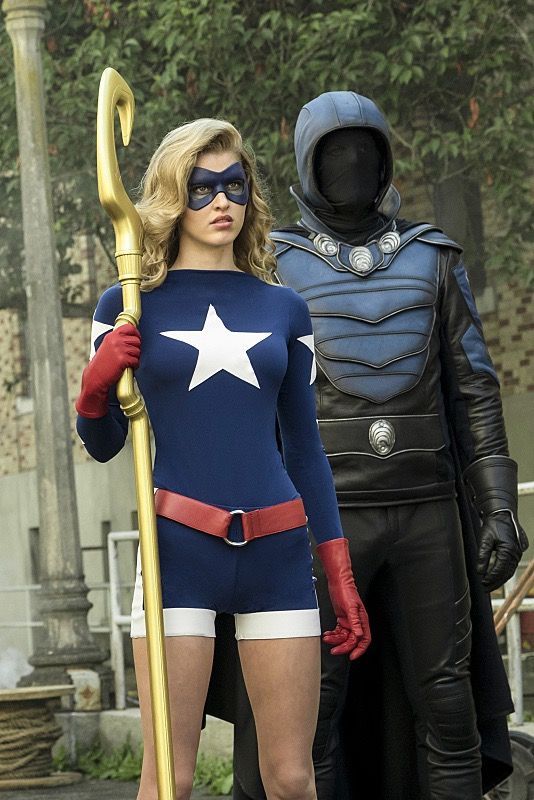 There is a Discord?

I remember being in it when we transitioned from the old forum.
OP
OP

They have around a month of shooting left don't they?
OP
OP

PHOENIXZERO said:
They have around a month of shooting left don't they?
Click to expand...
Click to shrink...

ZeroX said:
It would not shock me if for Flash/Supergirl/Batwoman we get rushed endings or finales get postponed the way things are going
Click to expand...
Click to shrink...

Especially with Riverdale shutting down for the moment. The cast and crew of all these Berlanti shows must be in contact with each other at one point or another.

I might have to watch this just for friggin' SPORTSMASTER.

Minus the voice over, she sounds like she's 12, that clip alone has better fight choreography than any CW Cape show that's not Arrow or Black Lightning.

The Flash and Lucifer Shut Down Production Amid Coronavirus Crisis

The Flash and Lucifer are the latest series hitting the pause button on their respective seasons due to the coronavirus pandemic.

Any news about the release date for the second episode of Deathstroke Knights and Dragons?
OP
OP

The Flash and Lucifer Shut Down Production Amid Coronavirus Crisis

The Flash and Lucifer are the latest series hitting the pause button on their respective seasons due to the coronavirus pandemic.

Sadly called it. There was only like 2-3 episodes left to produce. This could fuck with Grant’s movie too (in that it also gets shut down or he has to go film Flash during the hiatus)

So every current season of the CW shows are going to be impacted by them shutting down? Its still crazy to me that they are filming them still so close to their release.

Vic_Viper said:
So every current season of the CW shows are going to be impacted by them shutting down? Its still crazy to me that they are filming them still so close to their release.
Click to expand...
Click to shrink...

Wonder if it's a good thing for GA and the Canaries that pilot season is dead. No pilots means riskier straight to series orders, whereas at least that show is a known quantity.


Vic_Viper said:
Its still crazy to me that they are filming them still so close to their release.
Click to expand...
Click to shrink...

Other than all at once streaming services it's extremely common for US production to work like that. Gotta have quick turnaround on high episode count shows, write one episode, shoot another and edit another. There are exceptions to that. Black Sails looked really good, and I wondered why until finding out that they filmed the episodes like a year before they aired meaning they would've gotten so much longer in post production. On the flip side, that's why you get shows like Supergirl dropping some absolute trash CGI. It's also why Grodd episodes are mid season, so the animators get the longest period of time on him.

Vic_Viper said:
So every current season of the CW shows are going to be impacted by them shutting down? Its still crazy to me that they are filming them still so close to their release.
Click to expand...
Click to shrink...

Remember, shows get renewed around May. So typically, you can only start planning a new season in June. A month of planning, and you start filming in July. And then you need about 2 weeks per episode, with a short break around Christmas. Meaning you have about 44 weeks of work to make one season.
OP
OP

ZeroX said:
To be fair that hasn’t been true for most CW shows for a few years but for most other networks yeah
Click to expand...
Click to shrink...

For renewals, sure. But with fresh pilots, it is not like they can ever catch up to a schedule where they can start filming earlier.

Woman paralyzed while working on set of Batwoman in Vancouver

Jesus and Ruby had a bad injury last year on set too.

Woman paralyzed while working on set of Batwoman in Vancouver

“Not you” cold blooded
OP
OP

Same. Although I like the comedic tone of that trailer. Is Joel McHael going to be a one off character?

Synopses of the first three episodes of Stargirl.

"Stargirl": In the series premiere episode, Courtney's seemingly perfect life in Los Angeles gets upended with a move to Blue Valley, Nebraska with her mother Barbara (AMY SMART), stepfather Pat Dugan (LUKE WILSON) and stepbrother Mike (TRAE ROMANO), and she finds herself struggling to adapt to her new town and high school. But when Courtney discovers that Pat is harboring a major secret about his past, she ultimately becomes the unlikely inspiration for a new generation of Super Heroes.

"S.T.R.I.P.E.": After Courtney has an unexpected run-in with a member of the Injustice Society of America, Pat reveals the truth to her about their history. Meanwhile, Barbara is elated when she sees Courtney making an attempt to get along with Pat, not knowing the secret they've been keeping. Finally, things take a dangerous turn at Blue Valley High's open house night when Courtney becomes the target of a dangerous foe.

"Icicle": After a dangerous run-in with a member of the Injustice Society of America, Pat warns Courtney to back down from her attempts to go after them. But when she encounters what she believes to be a message from one of them, she urges Pat to help her. Meanwhile, Barbara makes strides at work, which impresses her new boss Jordan Mahkent (NEIL JACKSON)."
Click to expand...
Click to shrink...

DC Universe will have extended versions of select episodes: https://community.dcuniverse.com/t/stargirl-debuts-right-here-on-dc-universe-monday-may-11th/726467/7

We’ll be the first members will be the first to stream new episodes, every Monday commercial-free in downloadable 4K Ultra HD. Additionally, members will have access to several exclusive offerings including extended versions of select episodes, behind-the-scenes footage of cast and crew, exclusive collectible pins and limited-edition posters, fan community forum to discuss the latest episodes and access to deep dive into all the comics that inspired the series.
Click to expand...
Click to shrink...

Stargirl premiere is delayed for a week.
https://tvline.com/2020/03/26/stargirl-premiere-date-change-may-19-cw/

Also, critics received the first three episodes recently, along with a note from Geoff Johns. 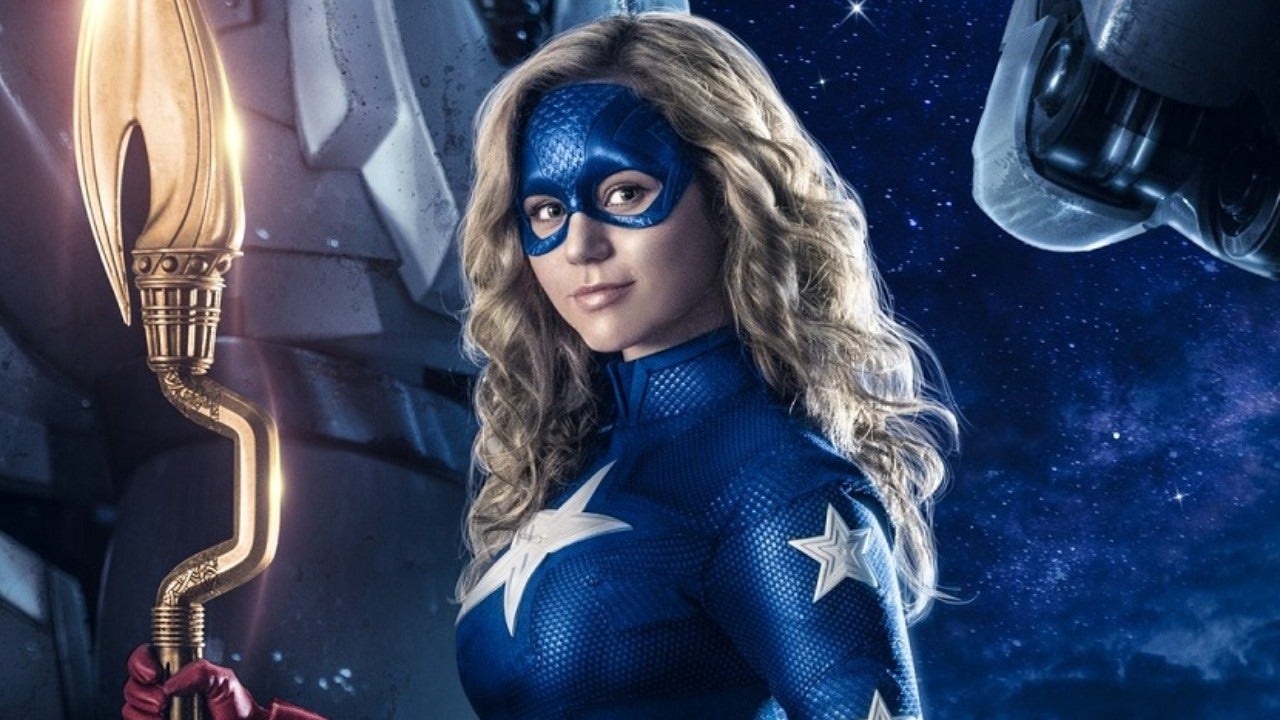 DC's Geoff Johns penned a letter about his personal connection to Stargirl, a character he created in tribute to his late sister.

Saw Variety put out an article saying the last few episodes of Flash, Legacies, and Supernatural are for sure not coming out until later. Think it was everything after May1st. But it didn’t say anything about Batwoman or Supergirl?

The cast of DC UNIVERSE's STARGIRL is revealed.