Does Kingdom Hearts HAVE TO have Final Fantasy characters?

Yeah for me personally, I think KH needs FF character. No FF characters killed my hype for KH3. FF x Disney was the charm of the series for me, and the more it moves away from that, the more I lose interest. And that's fine, I don't have to like every game, but I was really looking forward to maybe seeing some of my favorite FF characters again so I was pretty disappointed that there's none at all in KH3.

PlanetSmasher said:
My stance is always, the games don't need them, but the series is better with them than without them.

Even Union Cross manages to weave them in from time to time. It had fucking Heartless Kefka!
Click to expand...
Click to shrink...

Yeah, I was just looking that up, and it's pretty cool. He was a raid boss in collaboration with Final Fantasy Record Keepers. Kefka's music even plays when fighting him.

Kefka as a Heartless with 3 little Heartless inspired by the 3 Warring Triad. 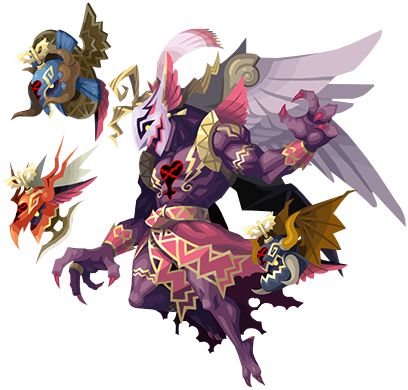 Also Gilgamesh also made an appearance too! 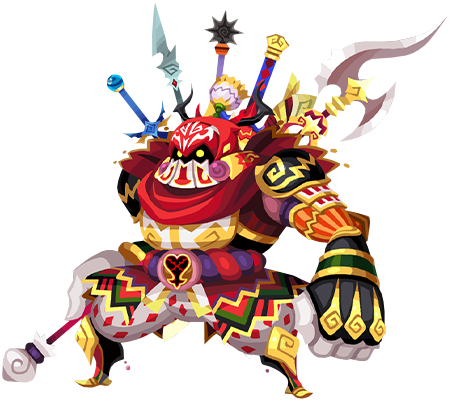 I would love to have this kind of stuff in the main games.

Can there be a "No but I want them there" option?

Do people really like those ff cameo? Unlike disney character where they stay pretty faithful from their movie counterpart, ff cameo had been altered in some way to fit kingdom heart universe. Cloud and Leon are pretty cool. But I can't say I like Seifer, Tidus, etc turned into a kid, or Yuna and co turned to a fairy etc.

Right from the start with Tidus and co, you know they're not the same character from the games. They're cameo from the get go.

Callibretto said:
Do people really like those ff cameo? Unlike disney character where they stay pretty faithful from their movie counterpart, ff cameo had been altered in some way to fit kingdom heart universe. Cloud and Leon are pretty cool. But I can't say I like Seifer, Tidus, etc turned into a kid, or Yuna and co turned to a fairy etc.

Right from the start with Tidus and co, you know they're not the same character from the games. They're cameo from the get go.
Click to expand...
Click to shrink...

How they were changed and fit into the world was what was neat about their appearances.

For me, yeah. I don’t mind as much if it’s not a numbered entry but who tf likes that there isn’t any FF characters in 3? Especially the Radiant Garden crew, makes no sense they wouldn’t want to help stop Xehanort, considering he destroyed their home

It’s kind of weird how Sora and the Heartless have evolved into the characters everyone cares about. They never really went far enough with the FFVII stuff TBH...no Midgar World.

I mean, KH3 is already proof enough that they don't HAVE TO be there. But I certainly WANT them there and the lack of them is extremely disappointing to me. I miss the good ol days of fighting beside Auron.

The Disney part of the equation is the side that HAS TO be there. The meat of the series is the Disney worlds even if the events in them aren't really crucial to the overall Xehanort story.

After finishing KH3
I have to wonder if there will even be Disney characters in the next Kingdom Hearts game.
OP
OP

Just imagine: now that the engine can support more than three party members, we could have had them with us without having to give up Goofy. Imagine Sora, Donald, Goofy, and Cloud together versus Sephiroth.

For its lore? Maybe. I don't know the story well as I haven't played the games in decades.

In my opinion? No, it'd maybe be better without.

Half the fun of waiting for a KH game is speculating and subsequently seeing what ff characters will show up later. Knowing that there's really no guarantee that this element will be represented and, in this case, straight up dropped whenever they want has been incredibly disheartening and has, honestly, soured me quite a bit on the series going forward.

I could see a solid argument for removing them if we got something better by their exclusion, but we didn't. The worlds are just as superfluous as before except now there's no buffer for the Disney stuff.

The removal of the FF stuff just highlights even further how big of a waste of potential Kingdom Hearts is because the Disney properties aren't allowed to interact at all (and in cases like Frozen or Tangled, even the KH cast isn't allowed to interact outside of stock replacements for previous elements from the source). The idea that there'd be no room for them mixed in with Disney's strict corporate sensibilities extremely limits what Kingdom hearts could actually be, as the actual possibilities for what stories you could tell if Nomura was capable of/allowed to mix up different Disney and FF properties together is immense.

Like, using Olympus as an example, imagine if Hades was fighting against a new 'God of Death' in the form of a new arrival, Lightning (based around her Lightning Returns persona as a sort of Reaper Goddess) or him enlisting Lightning as a replacement/upgrade to what he tried to use Cloud for in KH1 and dealing with the concept of life and death or the subjugation of souls, both in reference to Lightning being controlled by Bunivhelze/Hades and mixing in with the concept of a Soul, since KH deals with those themes. Or, as another example, mixing in Zidane or, appropriately, Vivi when dealing with the concept for replicas, another vital component to KH's story. Based just on the stories we got in 3, they could've fit them into BH6 or Toybox fairly easily.