After a complete shit week we rebound with a nice night. 3-1-3. Felt good to win again

Yea sure why not. But gotta be on mute again.

Kagamida said:
Yea sure why not. But gotta be on mute again.
Click to expand...
Click to shrink...

Hurry up then lol

Mercy and i playi g nhl

Wasn't a bad night yesterday.. got a few highlights i need to check out tonight :P

Delryk and I are on right now

Yeah we did good hockey stuff

I can play tonight if others are on

I can't play because I have an exciting game to watch between the devil's and the SNES. 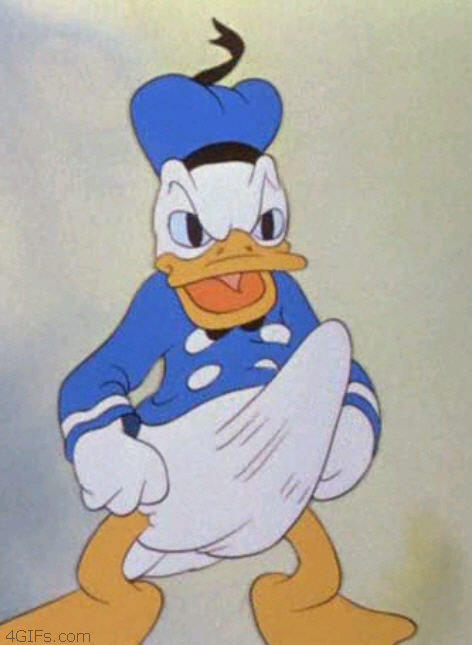 I’m online, if people are down to play shoot me a message

So glad I got an Xbox to play with you guys. Because there's obviously no point to watch the Leafs this year.

Kagamida said:
So glad I got an Xbox to play with you guys. Because there's obviously no point to watch the Leafs this year.
Click to expand...
Click to shrink...

Yes, how horrible for you that your team is still in a playoff position and you get to watch some of the best players in hockey every game.
Last edited: Nov 14, 2019

They tend to showcase their skill when they're down by one or two goals with five minutes left in the third period. It's often frustrating to watch an entire game.
Last edited: Nov 14, 2019

Marvie said:
Yes, how horrible for you that your team is still in a playoff position and you get to watch some of the best players in hockey every game.
Click to expand...
Click to shrink...

Naaah theyre not making the playoffs with Babcock

Definitely a mental thing. They llay differently when losing which makes them get back i the game.. but the second its tied, its like theyre saying "oh we better play like the coach says" and shits the bed again


QUOTE FROM TWITTERVERSE
Hyman has played more than Matthews, but Dermott needs to be eased back into the lineup, while Ceci plays on the top pairing, Barrie doesn't know whats expected of him, and the powerplay is an absolute joke. Time for a new coach.

And you'll read online that "oh Babcock has already taken us to the playoffs three times in a row". But I'm not sure if they're watching the entire game or understand why the team structure/buy-in starts from the coach down.

He'll prioritize players like Kadri, Marleau and Human in the last few minutes in the game because they play "responsibly." He refuses to leverage the skill that this team is built for. As a result, players like Tavares, Marner, Matthews and Nylander get median ice time because Babcock wants to line match and run all four lines more equally. He focuses on a structured game emphasizing very VERY specific set plays regardless of their effectiveness. Last year he was dead set on having one or two forwards up high and utilizing the stretch pass to enter the offensive zone, this year it's having two forwards waiting at the offensive blue line and only one player carrying the puck with speed. What about our special teams? Last year we finally changed our ineffective powerplay in the second period in game seven against Boston - it took more than half a season and an entire playoff round for Babcock and the coaching staff to notice a change was required.

With that kind of pattern of stubbornness, it's no longer surprising the team rarely shows desire to win. He rules with fear - if you don't play Babcock's way, you don't play at all. Creativity is punished (see Nylander) and Connor Brown-nosing is rewarded. From our star players coasting passively on the backcheck to our uninspiring special teams, our team looks broken - meaning I'm obvserving low chemistry, little accountability and no desperation until it's too late in the game. In the workplace I think most of us know what it's like to work with difficult leaders and bosses. In general, The more human and understanding our bosses are, they more comfortable and hard-working we are in the workplace. When our bosses have a huge ego rule with fear, the less inclined we are to try. I honestly don't believe it's any different with the Babcock and Leafs at this moment.

I'm thankful for Babcock and taking us this far. Definitely a MASSIVE step up from Wilson and Carlyle. He brought a structure to our team that was absent for many years. But now that we have an exceptionally talented core, we need a coach that can exploit their skill against other teams instead of locking out star players in roles they shouldn't be playing.

Thats a lot of words

I rite and read gud,

Let the anger out. Release the dragon!

OBTW. All Lashoff got was an unsportmanlike for the scrum. That Head/Knee hit wasn't even called.
Last edited: Nov 14, 2019

OBTW. All Lashoff got was an unsportmanlike for the scrum. That Head/Knee hit wasn't even called.
Click to expand...
Click to shrink...

Hope Lilly is aite. The A is full of no name plugs and too often they take their disappointment in themselves out on prospects and skilled players.

Im on if anyone wants to play

That last game was some grade A bullshit. Shouldn't have lost the game before that either but EA gonna EA. Decent night otherwise though.


One thing that we have to cut down on is people being in the way on passes across. We blew a few chances tonight from people being right in front of the net for no reason and cutting off our own plays.

Yea I hear ya. I was guilty of that when I first joined the team but I've gotten more used to with how this team plays. As the the third man high we got to be there ready for the rebound without interfering with the cross ice pass.

Overall, pretty good start but had some bad luck (read: ice tilt) in the last few games. If nothing else, there's some funny shit going on like the play where we all fell like dominos and Delryk getting a slap-pass to the chest lol.

About 15mins for me