Escalator out of control at metro station in Rome, causing multiple injuries

this is fucking terrifying, escalators are something that I worry about every time I get on one because I always imagine shit like this happening

I wonder if engineers can improve on the escalator and make it somewhat safer so that situations like this can be avoided?

Yeah this is Final Destination level of scary shit.

I really hope nobodies legs were ground to pulp there at the bottom. Holy crap.

UltraMagnanimous said:
And it;s not even the longest? (I don;t know, just Googled it myself.) 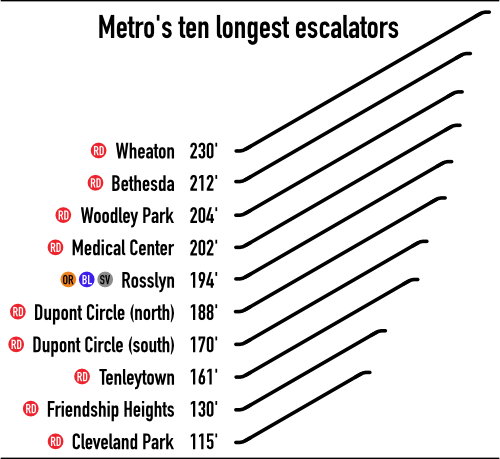 The Wheaton escalator is also the longest continuous escalator in the US I believe.

Too bad it takes you up to Wheaton.

Onebadlion said:
I hope nobody was seriously hurt because I really can’t help laughing at that video.
Click to expand...
Click to shrink...

I know it was terrifying to those people at the time but goddamn that video and the replies have me dying over here.

You say that but Final Destination already tackled escalators.

aw wtf, why did I watch that.

I feel so bad for laughing now.

But seriously, glad no one got killed, though sucks that there were some serious injuries, and hope the best.:( WTF at jumping on the escalator.

Fistfulofmetal said:
This reminds me of a old show I watched when I was a kid that detailed accidents like this and how people survived. One was an escalator that failed, basically collapsed and was grinding people up like hamburger meat.
Click to expand...
Click to shrink...

You sure that wasn’t just The Final Destination (2:25)

Heartwarming to see other people trying to help. Scary situation. First impulse is of course to jump to the other side, but considering the speed of that escalator, you need to be fast and limb enough to make it somewhat safely over.

Fuck, that escalator had enough.

John Rabbit said:
I have elevator-related nightmares several times a year. They creep me out.
Click to expand...
Click to shrink...

Same. I fall forward on an upward moving escalaor, break my teeth and my long thick hair gets caught in the grooves

People got severely injured in the accident; why are you keeping to make irony of it?

Btw, Rome is quite dangerous nowadays. The municipality is not taking care of streets and public transports at all.

UltraMagnanimous said:
And it's not even the longest? (I don't know, just Googled it myself.)

Ugh. I have to use the Bethesda one every so often. Not a fan, especially when I always see that metro closes down escalators for repairs. I always think that means they're crappy and more likely to break down. Realistically, it's probably the opposite but that stuff still freaks me out.

Stop with the shit puns


At least 20 people have been injured after an escalator carrying football fans at a Romemetro station malfunctioned and sped up.

Footage captured by a witness showed passengers, including Russians heading to a Champions League match between Roma and CSKA Moscow, being crushed at the bottom of the moving staircase.


One person was seriously injured in the incident, police said, as local newspaper Il Messaggero reported a Russian had had his foot severed.
Click to expand...
Click to shrink... 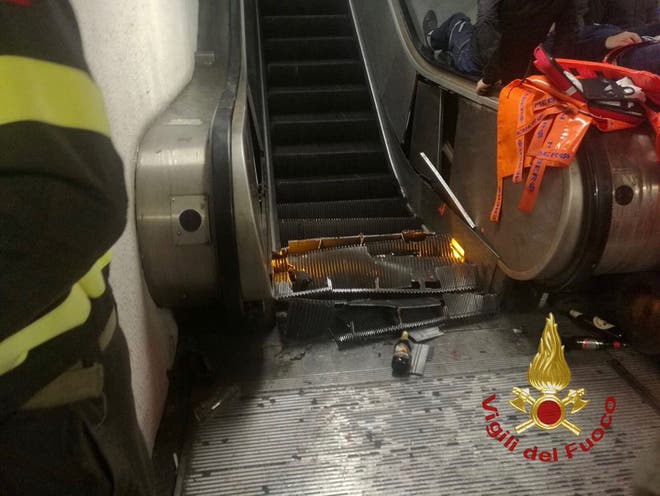 There's nothing funny about this. At all.

Imagine if you or anyone from your family was on that thing. Imagine being that person having their foot amputated.

Your life can change drastically in an instant. A little bit of empathy and altruism is what we need. Not shitty posts and puns.

Settle. Yeah it sucks that people were injured. Nobody is going to deny that.

sfortunato said:
People got severely injured in the accident; why are you keeping to make irony of it?

Btw, Rome is quite dangerous nowadays. The municipality is not taking care of streets and public transports at all.
Click to expand...
Click to shrink...

Yeah I was there this weekend and it's incredibly dirty. Looks very poorly run

This is something I’d never even considered happening.

Love each other or die trying.

Please remember this was a serious accident where many people were gravely injured. Let’s keep the jokes about the accident to a minimum.

Welp, that beer bottle unfortunately points at the cause of the incident.

One of the fans had a foot partially severed in the crush. At least two others needed surgery for injuries to their legs.
Click to expand...
Click to shrink...

Same thing happened to the escalators at the Stockholm metro station this year. They were not even a year old, were supposed to have a life expectancy of 30 years, and when they inspected the gears they were already worn out beyond repair. They had to shut down the commuter train platforms for weeks and it took months before the escalators were back running as usual.

I bet it's the same lowest bidder multinational company responsible for these incidents in Italy, Sweden and China alike. Profit margins over safety.

I had seen a gif of it this morning and thought it was a sped up video made for comedic reasons. Reading that it was real and that people got seriously injured really freaks me out. Reminds me of a lady I knew who feared escalators and I always thought it was one of those crazy unjustifiable fears - I realise now it really isn't that crazy.

God damn. I've had dreams about this. Scary shit. Thing basically turns into a meat grinder with everyone piled at the bottom like that.

Damn, I'm sure that was scary.

Why does an escalator even have that speed? It should have a speed cap or somethung.

That thing was rolling, damn

MutFox said:
The one in China looked worse,
but that's still scary.
Click to expand...
Click to shrink...

The one that fucking ate someone in 2015? Yeah, that shit was insane.

I would have been scarred having to get the body out of that mess.

noyram23 said:
Why does an escalator even have that speed? It should have a speed cap or somethung.
Click to expand...
Click to shrink...

It would’ve been a pretty bad malfunction. The escalators in SF are constantly broken and if you ride the trains enough you get to see how they work (which is actually pretty interesting) and they look super complicated, like if one tiny thing went wrong a whole bunch of issues could just happen and lead to something like this incident.

Why can the escalator even get to those speeds?

UnderNewOwnership said:
Welp, that beer bottle unfortunately points at the cause of the incident.
Click to expand...
Click to shrink...

are you trying to blame the people that were on the escalator?

Well, that's me no longer complaining about being inconvenienced by escalator repair work.

It brings back memories of one time in the London Underground where an old man about six people deep in front of me slipped and fell at the bottom of an escalator and couldn't get up. Of course, the escalator kept moving, and being a large fella, no one could easily step around him. Even if he had the power to get himself up, he was being inadvertently kicked and jostled as people were trying to jump over or around him. I got my foot caught in something at the bottom, and had to tear myself free with a clumsy dive to not get it crushed, which still wound up hurting my ankle, albeit with no injury.

That was a minor incident compared to this, but it certainly makes me feel really empathetic to what they must have experienced. Be careful on escalators, and godssakes, don't fall over at the bottom.

Escalators used to terrify the fuck out of me as a kid because of the horror stories my dad told me about how bad they could malfunction. Thank god no one died, and my prayers for the guy who got his leg severely injured

I'm surprised it can even move that fast. You'd think there'd be some kind of limiter.

I will never look at an escalator the same again. I can't imagine having kids with you when that happened. I would try and fling them off to the middle if possible, but it was all happening so quickly. Yikes! Scary stuff.

El_TigroX said:
Boy do I hesitate to show you this... https://youtu.be/3yBb8PqgjE8

I used to work at Plaza 3, right outside. Never seen this happen, but the escalators were always down for maintenance.

Steel said:
I'm surprised it can even move that fast. You'd think there'd be some kind of limiter.
Click to expand...
Click to shrink...

Likely that motorized mechanisms were compromised and the shear weight of the pedestrians created a crazy amount of momentum leading to a runaway situation.

Like an elevator dropping if the lines were severed.

nitewulf said:
I used to work at Plaza 3, right outside. Never seen this happen, but the escalators were always down for maintenance.
Click to expand...
Click to shrink...

It was several years ago... not long after they were initially “fixed” following Sandy.

I’ve lived there for 10 years... and can say that the station (and escalators) really have never recovered from that storm.

But that escalator is large and terrifying. What that videos doesn’t really show is the escalator next to it on the left (right on video) was being fixed at the time and was missing its stairs - so people couldn’t really jump over to the left or they would have been really injured and fallen through the other escalator.
You must log in or register to reply here.
Share:
Facebook Twitter Reddit Pinterest Tumblr WhatsApp Email Link