Those flawed prisms are, along with the white dragon scales, one of the most annoying items to get for the eternals final uncap. Thanks for reminding me I need to do those daily trades in the shop for them.

You know what else gets me salty? getting a steel brick on the scratch tickets, and it's not even about getting steel bricks instead of those jackpot prizes, it's about getting a single one that makes me salty. Give me a dozen! I don't want to touch the casino ever again! But I guess I can't complain for free stuff.

I can at least but scales and scrolls with Cerulean stones. Can't do that with flawed prisms

Daily trade cap removal when. I've been cockblocked by that on most of my Eternal uncaps. Even right now.

Although I might actually be done with it all by the time they get around to it, just like NKMR's face when they finally announced the nightmare halo change.

Which one of these things should I redeem? 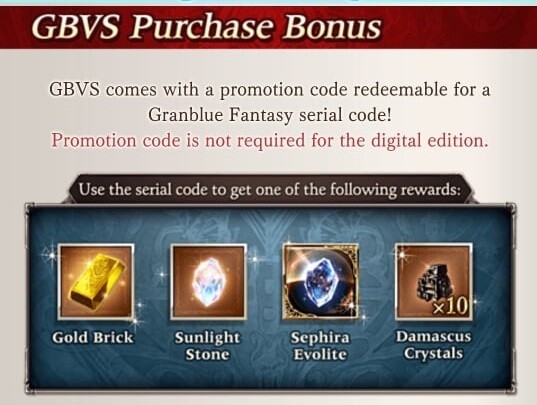 Evolite is the most valuable

Though the sunlight stone might be more useful for a new player.

Evolite, while I do agree with A.J. that you might think about a sunstone, the change to how frequently we can get valor badges means evolite imho.

Roubjon said:
Which one of these things should I redeem?

You can farm a gold brick by doing raids.

You can get Sunlight stones from from the special draws with bonus items.

Evolite, well the time limit on that makes it annoying, and after you get enough for enough arcarum then you can get Sunlight stones.

KMR: People aren't playing 2.0 dragons. I need ideas on how to change that.

FKHR: Don't worry I made 2.0 bubs to drop evolites (0.03%) in host chest and players will need dragon mats to host. Now everyone will be forced to play it!

Serious talk tho, it probably won't be now since you only need 10 evolites in total atm, but eventually when Evokers' uncaps drop and there's a need for more evolite (plus whatever opus-equivalent weapon they want to use it for, maybe even the upcoming arcarum weapons) I think they should give a means to grind for it, like gold bricks.

dama crystals: no
sunlight stone: most immediately useful to a new player, but can easily be gotten through guild war and arcarum. somewhat limited, but steady. so yes/no
gold bar: mostly used for guild war characters, one of which you just got for free in the event. if you're good enough, i'd say get a gold bar for making more juutenshu
evolite: "THE" pick, if you're good enough. super rare, but personally, i have 4 and haven't used one yet, because i'm too lazy to do arcarum.

after looking at rotb, you can get a bunch of gold bars there. so 99% people should get evolite
Last edited: Mar 19, 2020

ROTB is gonna give out SCRATCHERS this round.

More salt cards for everyone!

guess i need to get my 170 seeds of redemptions battles done today. ugh

I found I still had my details for this game so I redownloaded it to my phone and started playing again, I think I kind of understand how weapon skills and summon bonuses interact now, so I'm out doing my daily celeste omegas to try get that to level 80/100 so I can use it as main summon to buff the omega gift weapons I've acculumated for my dark team.

Getting used to the 2.0 battle system and its alright. Guard and being told who getting blasted with Special attack is great info to have.

The system defiantly needs more work, dislike how sometimes I would accidentally hit a trigger and can't guard because I used a characters skill. Also, how a Special attack would do no damage against a guarded unit or literally one shot them (still don't understand Heat Ray). And plain damage can always go f itself, hate that mechanic.

Cygames decide what future content uses 2.0 and what does not on a case by case basis.
That's disappointing. A lot of older content would benefit from the Boss Trigger/Attack UI at a minimum.

The new chain burst mechanic gimps a lot of characters (and some weapons), so it wouldn't be too well received. Using Battle System 2.0 on events like the next GW, after some people spent a lot of resources to get characters like Vajra or weapons like the Ca Ong sword, would piss a lot of players.

It's better to restrict it to new raids for now. At least until the game is rebalanced to the new system or players have built teams and grids around it.

It also means that they don't have to re-design Ultima/Opus keys around CA Cap up, which is borderline useless in the new system

Got Metatron from today's scratcher... which would be awesome if I didnt have 2 copies already :S

That Last Chance Scratch gave me a rollercoaster of emotions today.

Got Water Lecia from my 30 pull today, so that equals out bad scratch luck.

Is it possible to do Lucilius HL with randoms?

Anyone have any recommendation on which weapon to choose out of this lot? 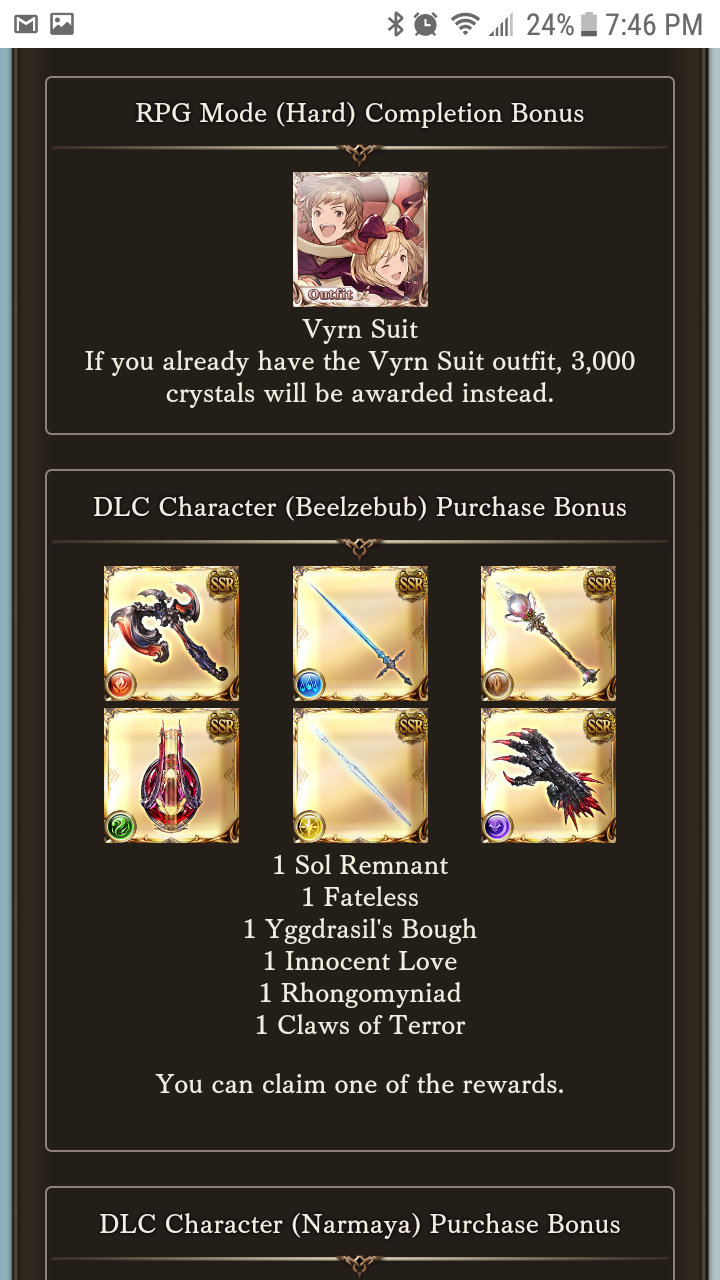 Roubjon said:
Anyone have any recommendation on which weapon to choose out of this lot?
Click to expand...
Click to shrink...

Dark claw is probably the best but getting the water sword for gw ain't the worst idea either.

Whichever element you want a boost in, 33% ex mod is a lot. We'll probably slot one into every grid eventually.

Otherwise second on the dark claw which seems like the most useful outright, since the element has no problems MAing and the cap break is equivalent to the Ultima's. Dark also uses lucha in a few comps.

I picked up the Fire one because i had a huge lack of TA. But maybe i should have picked the Dark one... I hope they won't be too "hard" to farm.

The water one is a really good mainhand

I know most people in the strongest EOP crew went for Fateless! Actually, I don't think anyone went for anything other than that.

Probably because it's a good mainhand for Luci HL

A.J. said:
Is it possible to do Lucilius HL with randoms?
Click to expand...
Click to shrink...

it's been possible to do it with pubs since may of last year; whether or not you're going to have a good time trying it is another question, especially if you're not pulling your own weight

Lemstar said:
it's been possible to do it with pubs since may of last year; whether or not you're going to have a good time trying it is another question, especially if you're not pulling your own weight
Click to expand...
Click to shrink...

Well there's not much more I can do for my grids besides ULB Dark Opus so I don't see why I couldn't pull my own weight.

Got a single silver bar from the scratcher today, let me tell you folks, I was less than ecstatic

A.J. said:
Well there's not much more I can do for my grids besides ULB Dark Opus so I don't see why I couldn't pull my own weight.
Click to expand...
Click to shrink...

if you know what you're doing, plenty of pub rooms forming at any given time when japan's awake

I'm so scared of fucking up a Luci HL pub room, i never tried x_x

There are practice rooms. They are nice. 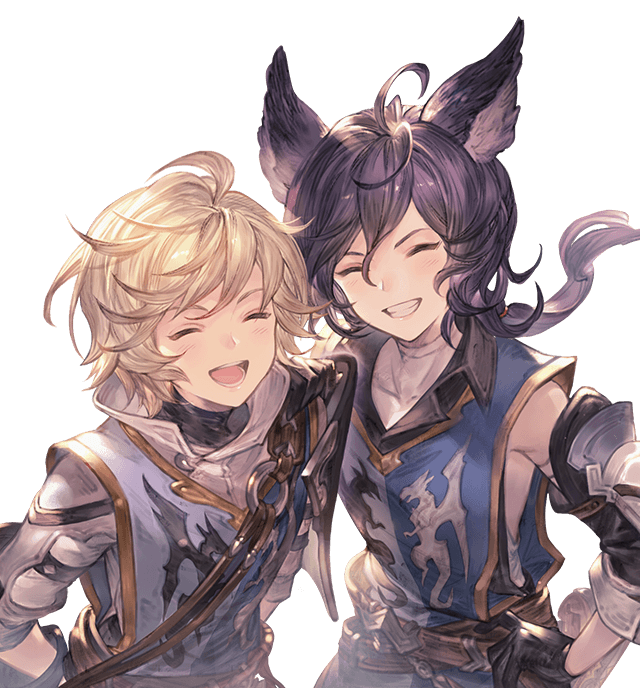 Reminder to use your anniversay or any other ticket for cute boys like these. ArthurMordred is truly precious and a step up from the other Arthur. Not to mention they are core for wind with CA Bar Up and CA Damage Cap Up

Gegz said:
I'm so scared of fucking up a Luci HL pub room, i never tried x_x
Click to expand...
Click to shrink...

do it with your guild

Had a 10 draw and Frenzy, ended up with 80 draws, a Summer Alex moon, but I also got the Lanchan and Vane skin I wanted so bad I ended up doing nearly 600 draws for last year (abandoned spark and a completed spark plus roulette)

Reminder to use your anniversay or any other ticket for cute boys like these. ArthurMordred is truly precious and a step up from the other Arthur. Not to mention they are core for wind with CA Bar Up and CA Damage Cap Up
Click to expand...
Click to shrink...

I wouldn’t advise using an anniversary ticket, but full disclosure I DID SupTix them

only 10 from the roulette today

get S! Europa and S! Anthuria

Got 100 draws, but didn't get a single summer character.

So far I got Agni, Titan, and 3k gems from the scratcher. Not bad!

I was about to complain that my scratchers have all been terrible, but I just got Bahamut off of today's so...

Pundere said:
I was about to complain that my scratchers have all been terrible, but I just got Bahamut off of today's so...
Click to expand...
Click to shrink...

Same here. Not even the crystals...

I’ve gotten Crystals twice and nothing else of note