Halo Reach seemed to be pretty popular when it was brought to PC, but suddenly almost no one is playing it. This reveals an unsettling fact.
Click to expand...
Click to shrink...

During opening week, Halo Reach attracted more than 90,000 players. Just a month later, the number’s barely over 10,000 and falling by the day.

It seems clear that the Halo Reach hype was entirely a product of nostalgia.
Click to expand...
Click to shrink...

Halo Reach MP is the weakest
Things will go back up once 2 and 3 are out.

I know what I want. Halo 2: Anniversary

I'd say in terms of nostalgia, Reach is probably the weakest next to 4. The titles up to 3 is what the people really want.

I had never played Reach before, got MCC on PC Gamepass, realized I wasn't into it and went back to waiting for Halos 1-3 and ODST to come out
So I do know what I want, and I know it's not Reach

People likely wanted to return to a classic they used to play and enjoy. I think today it just didn't Reach their new standards.

I'm wondering if the terrible progression system had anything to do with this. Theater/forge isn't there, and people are also confused on how custom map importing works (at least that's what I've been hearing from the people I've played with).

343i isn't the best at communicating and doesn't relay information in concise chunks really. The ranking system is lackluster, and the community features are just bad (searching for friends is awkward, and the in-game chat is pretty barebones).

If 343i wants people to stick, they need to fix this stuff ASAP.

Imagine playing a shitty port of an unimpressive bland console shooter when you have dozens and dozens good ones available to you. I tried it and it was just bad, not aged well, sounds terrible, hitting enemies doesn't feel like anything, weapon system restrictions blow etc. No thanks.

most people play reach for the single player, not the .multiplayer so this isnt really surprising to me.

Calibro said:
Imagine playing a shitty port of an unimpressive bland console shooter when you have dozens and dozens good ones available to you.
Click to expand...
Click to shrink...

it's definitely not a shitty port.

halo reach has the best campaign but the worst multiplayer of the series. I fully expect numbers to climb once other games are available.

The first two Halo games is what I want.

Jesus Christ that site you linked has some of the dumbest articles i've read on the internet. It's like reading a 4chan post.

Bad game
Should have released 1 or 2 first

Halo MMC will have a spike in interest when a new game gets added, then it will die down, then another game will be added, etc.

Halo Reach sucks. Wait until 2 and 3 come out, and see how the population is after all games are out.

10% isn't a horribly atypical number for a merely moderately multiplayer decade-old port, but I'm sure it's a fine sole data point for deriving the id of all humans who play games


edit: okay I went snarky before I clicked through but that website is literally 1000% exclusively moron-authored clickbait

except an actual website composed legitimately, seriously, solely of those ads

Weird to take from this that "gamers don't know what they want" and not "Halo is a long dead franchise that saw a nostalgia spike".

I installed it on my XBO since it's release and didn't bother trying it, it was never that special to begin with.

The Halo franchise lost my interest a long time ago.

Reach being the weakest game plus PC having access to a million good FPS games...not surprising.

It'll be interesting when the other games drop.

I wish they didn't use this bad game to relaunch halo on PC. They should have launched it with an actually good MP games. Any of the 1, 2 or 3 could do a lot better.
The maps in Reach are just so awful and confusing, you get frustrated and quit very soon. 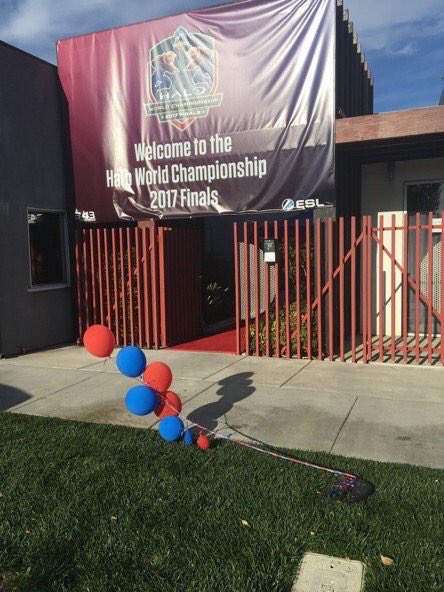 Or people played enough and moved on? I doubt Halo Reach was ever going to have a large long term player base.

Well Reach’s MP sucks so not that surprised. I’m defo more confident in the others having more player retention.

Dont know about others, but i only bought it for the campaign. Once i was done with that I dropped it like it was hot.

Everyone knows you play Reach for the story and the rest for the MP. Spinning it any other way is uninformed.

I'll wager that even when 2 and 3 is released it'll have a similar effect of nostalgia but then nose dive again. The reason? As much as we all say we want to play older games especially iconic classics, we still won't keep playing it for an extended period of time when there are newer games out. Look at MW2 for example.

I want Halo 3 MP, why would I want Reach?

I completely forgot that I didn’t like Reach MP that much until about the 20 hour mark. Most of my friends wouldn’t even play Reach with me, and were waiting for CE/2/3 to drop.

Halo Reach's MP isn't my favorite and I don't hear much about it from others. I'm waiting for Halo 3 personally, so it'll be a while.

Halo Reach was clear as day not designed for KB/M.

Starting with a BR in every single match that has pin point accuracy without even zooming in means everyone is just shooting at the other spawn from their own the whole match. Terrible stalemates. Impossible stealth. Horrible engagements. And then BTB is just a cluster because it's like they turned the "slider" for vehicles to max. Nothing like 12 vehicles respawning over and over on Blood Gulch V7.

Also - Reach was always the weakest MP of the Bungie games.

Give me Halo CE and Halo 2 and I'll be a happy camper!

I think the unsettling truth is that Halo games were never good to begin with, only good in your memory because FPS was novel on consoles

BTW, the site itself is actually trash. I don't know why you linked it.

That's unavoidable? Maybe a lot of people really wanted a different Halo game, and this was just a stepping stone toward it. Or maybe people were more enthusiastic about the campaign than the matchmaking. Or maybe Reach's multiplayer really is what they wanted, and they got it, and left after they had their fill, so that they could play another game that they also want.

That's three alternative possibilities. There may be others. The article's conclusion is a bit rushed.

A not-great 'battle pass' unlock-style system that required tons of grinding, halo reach's arguably, but generally agreed upon weaker multiplayer/maps and sandbox, and the various bugs/glitches and what have you on PC probably soured people from sticking with the game, rather than Halo as a whole.

I'm curious to see what would have happened were this 2 or 3 launching first - but IMO even if the latter 2 titles cause a bit of a comeback, the tide's kinda passing them up.

Anniversary isn't gonna be out for several more months (presumably), and by the time 2 is out, we'll be in next-gen - and then you either cannabalize Infinite, and/or people don't care.

(Granted, most probably bought all of the titles already in the MCC, but the point stands)

I thought it would indicate that Halo Reach is buttcheeks outside of campaign, I'm honestly surprised that many people didn't drop it after the first few days like I did.
Last edited: Jan 30, 2020

I never played Halo when I was younger, but two of my friends did and bought MCC when it released on Steam. They played it for a day... and both then said "I don't remember it being so bad".

Nostalgia really is a hell of a drug.

I'm waiting for it to get patched, but I only care about the single player. It's also cheap which makes it an easy impulse buy.

I mean all this was obvious before Halo Reach on PC right, were the people who just hit this epiphany just born? Or did they expect a port of a 10 year old game to suddenly light the world on fire like never before? What game has 100% of their buyers still playing it months later if not days later.

People wanted their game, got it, and moved on.

Reach's MP wasn't great but not the worst

a Master Ninja said:
Halo MMC will have a spike in interest when a new game gets added, then it will die down, then another game will be added, etc.
Click to expand...
Click to shrink...

Yup. Frankly, I don’t think the games _really_ hold up to modern stuff, and I say that as someone that spent hundreds of hours playing Halo1-3. Halo was amazing for its time, but has been surpassed in nearly every aspect. It was THE shooter to play on console and pioneered Xbox Live multiplayer, but today, you can pick from half a dozen CoDs, 3 different battle royales, a couple different looter-shooters and the occasional hero/class-based shooter sprinkled in for good measure. When Reach came out on PC, I literally played it for 2 days and then went back to Destiny 2 + COD MW.

On this website we balk at Forbes if written by a contributor, but trust wholeheartedly “Crypto Coins News”.

Bonus points for the ‘punisher’ skull as the logo.

I dont like Reach MP. I want Halo CE mostly

I think the truly unsettling fact here is that

just doesn't have the sex appeal of Master Chief

This is clearly the True Reason for the drop off

As you know very well

I played at launch, had fun, moved to something else. Will comeback when I feel like playing again / a new game is added into MCC. I imagine most people are like this.

Well duh Reach is the worst.

We were surely all excited just to boot up a Halo on our computers but as soon as our shots bloomed we thought "yeah, wake me when 2 and 3 are added".

the author thought they really had something huh