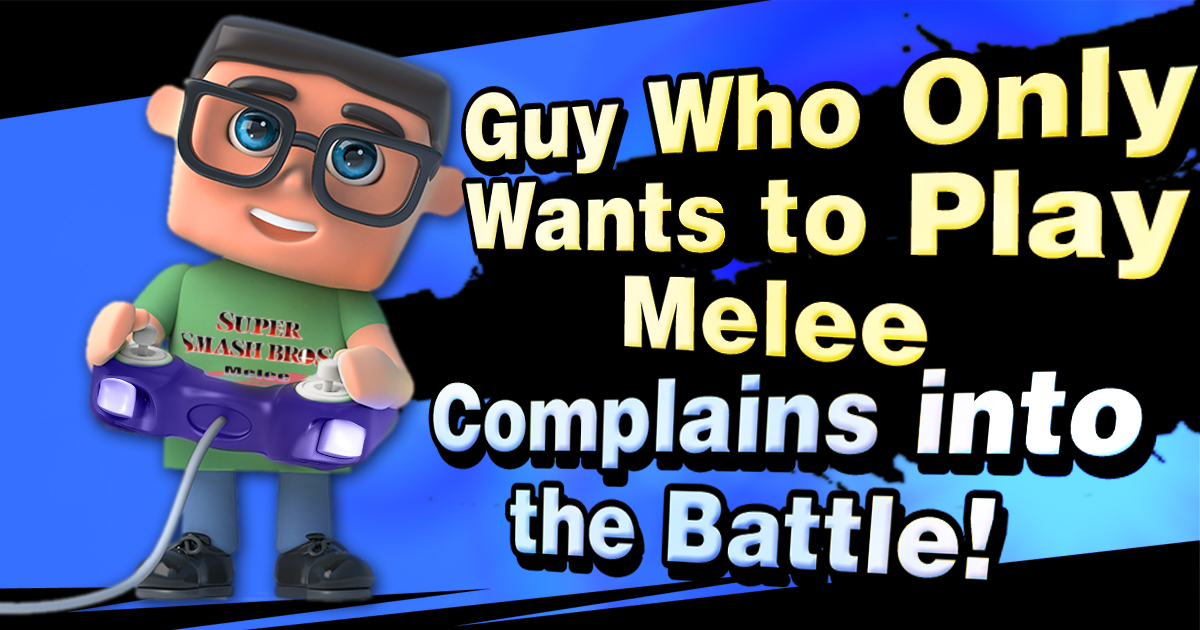 KYOTO, Japan — Nintendo revealed today that the newest addition to the roster of the upcoming Nintendo Switch Super Smash Bros release will be a guy who only wants to play Melee named Steven, an enduring member of the fighting game community centered around Super Smash Bros. Melee, the seventeen-year-old sophomore entry of the franchise.

“We know fans have been very vocal about what changes they want to see in the new title,” said Nintendo’s Yoshiaki Koizumi during the presentation. “So we decided to just take their most vocal and drop him into the fight so he can bitch about the character balance up close, if he’s so damn concerned.”
Click to expand...
Click to shrink...

Nintendo revealed today that the newest addition to the roster of the upcoming Nintendo Switch of Super Smash Bros release will be a guy who only wants to play Melee named Steven.

More at the link.

Disappointed but not entirely surprised to see that the entire Fighter Pass roster is male. Maybe we'll be luckier with the second one.

Does it come with a scratch-n-sniff?
OP
OP

That would be illegal in most markets.

That's a good one.

I wonder how many people will take this article personally.

Also, he’s the only character in the game who can trip.
Click to expand...
Click to shrink...

OK, that Fallout one is pretty funny.

Oh man I can't believe I finally made it into Smash! It's a dream come true!