Journalist Scott Bixby wrote about Ben Mora, a regional field director for the Sanders campaign who had a private twitter account that he used to attack and mock other candidates, their family members, celebrity surrogates, etc. Mora posted items such as these:

Sen. Amy Klobuchar (D-MN), Mora has tweeted, “looks like her name: pained, chunky, [and] confused origin/purpose.” Former South Bend Mayor Pete Buttigieg “is what happens when the therapist botches the conversion,” and his husband, Chasten, Mora predicts, will be “busted for running a meth racket” in 10 years. Sen. Elizabeth Warren (D-MA), a frequent subject of Mora’s private account, is called a “dumb Okie,” “an adult diaper fetishist” who “looks like shit” and who lied about having Native American ancestry “to get into Harvard.”
Click to expand...
Click to shrink...

In one tweet accompanying professional photographs of Queer Eye stylist and Warren surrogate Jonathan Van Ness, Mora said that the streaming personality was “trying to look hot while Daddy Ronald Reagan watches him die of AIDS.” Van Ness, who once made a joke about Reagan’s use of pomade on the show, is openly HIV positive.
Click to expand...
Click to shrink...

He also referred to Elizabeth Warren as an "adult diaper fetishist" and said that gay men are "naturally devious."

The Sanders campaign did the right thing and fired Mora.

But now, people are doxxing Bixby, publishing the location and address of an apartment he apparently owns and harassing him on his cell with thousands of voicemails and texts. 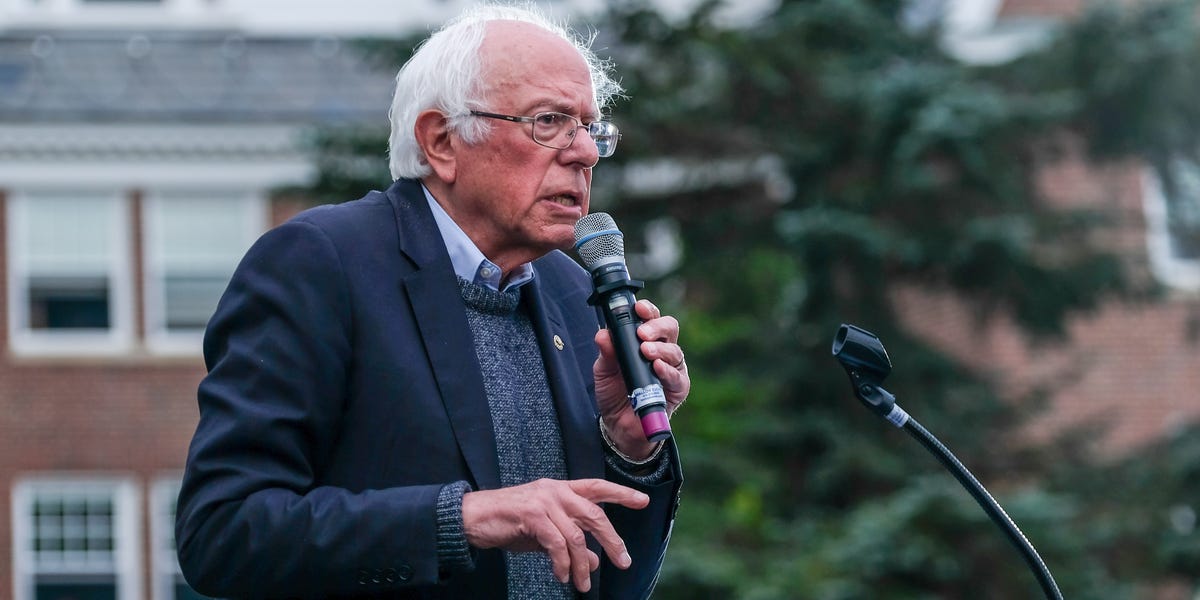 As Sen. Sanders cements his position as the 2020 frontrunner, focus has turned to the online behavior of his supporters. He disavowed them on Monday.

Hosts of the Chapo Trap House podcast have come out to defend Mora.

Doxxing him was shitty but I wouldn't really defend him either.

Fuck anyone who doesn't support this move.

Dirtbag left needs to stay online and far away from real politics tbh. The entire message of the Sanders campaign is unity and justice for the working class - I really don't get how you can be part of the campaign yet miss the point so completely.

Glad they fired that Russian bot.

The journalist who exposed it is the one being doxxed, not the former staffer.

*is shocked into voting for a moderate*

He isn't the one who got doxxed. The reporter who uncovered it was.

Glad the guy got fired from the campaign! Shows Sanders is serious about combating harassment.

Really weird that he's being harassed online after exposing a Sanders staffer who was harassing people online.

Some of these comments go far, far, beyond just "mean tweets".

Is my head going to go on a post if I declare that there are terrible people that can support good candidates in all aspects of the political spectrum? Or are we just gonna hand wave the fact these tweets had an audience that wasn't saying "enough is enough" until right about 5 days ago? Because those Chapo tweets don't look ratio'd to me.

Campaign was proactive in firing him. Good on them. No room for that shit in the movement.

DickGrayson said:
Really weird that he's being harassed online after exposing a Sanders staffer who was harassing people online.
Click to expand...
Click to shrink...

I just voted for Bernie here in TN and want him to be the nominee but some of his fans online (incl Chapo) are annoying af, especially all these peeps going after the journalist in this case (and them harassing Ava DuVernay)

The people defending this person are disgusting.

"Ben is one of the reasons Bernie won Iowa, as well as being a great guy who does good posts."

This reads like something Trump or a Trump supporter would say about an avowed KKK member. "There are good people on both sides."

The Sanders campaign did the right thing to get rid of him once the story came out. How big was this person's private following when he was tweeting these thoughts out, and who are the other people that followed him and didn't blow the whistle on him while he was doing it?

Who could've guessed the 'dirtbag left' was in fact full of dirtbags.

PogChamp said:
Dirtbag left needs to stay online and far away from real politics tbh. The entire message of the Sanders campaign is unity and justice for the working class - I really don't get how you can be part of the campaign yet miss the point so completely.
Click to expand...
Click to shrink...

I endorse the dirtbag left moniker, it's a much more descriptive term for the behaviors folks are talking about.

I wonder what other progressive 'content creators' like Sam Seder think about all of this. From what I remember Sam's show has a lot of people like Virgil on.

Ya, we're okay without the dirtbag left. Stay on Twitter nerds.

I don't know if I would call posting garbage from a locked account harassment, but I don't feel bad about these guys being asked to take a seat

This can be discussed in the Primary OT.