hello friends. it's the month of Jon Moxley. it's June Moxley.

hot off one of the most successful non-WWE PPVs in the past couple decades, All Elite Wrestling has another show this month. at Double or Nothing, Jon Moxley shocked the world by simply showing up. He's making his in-ring debut at the end of the month against "The Bad Boy" Joey Janela himself. 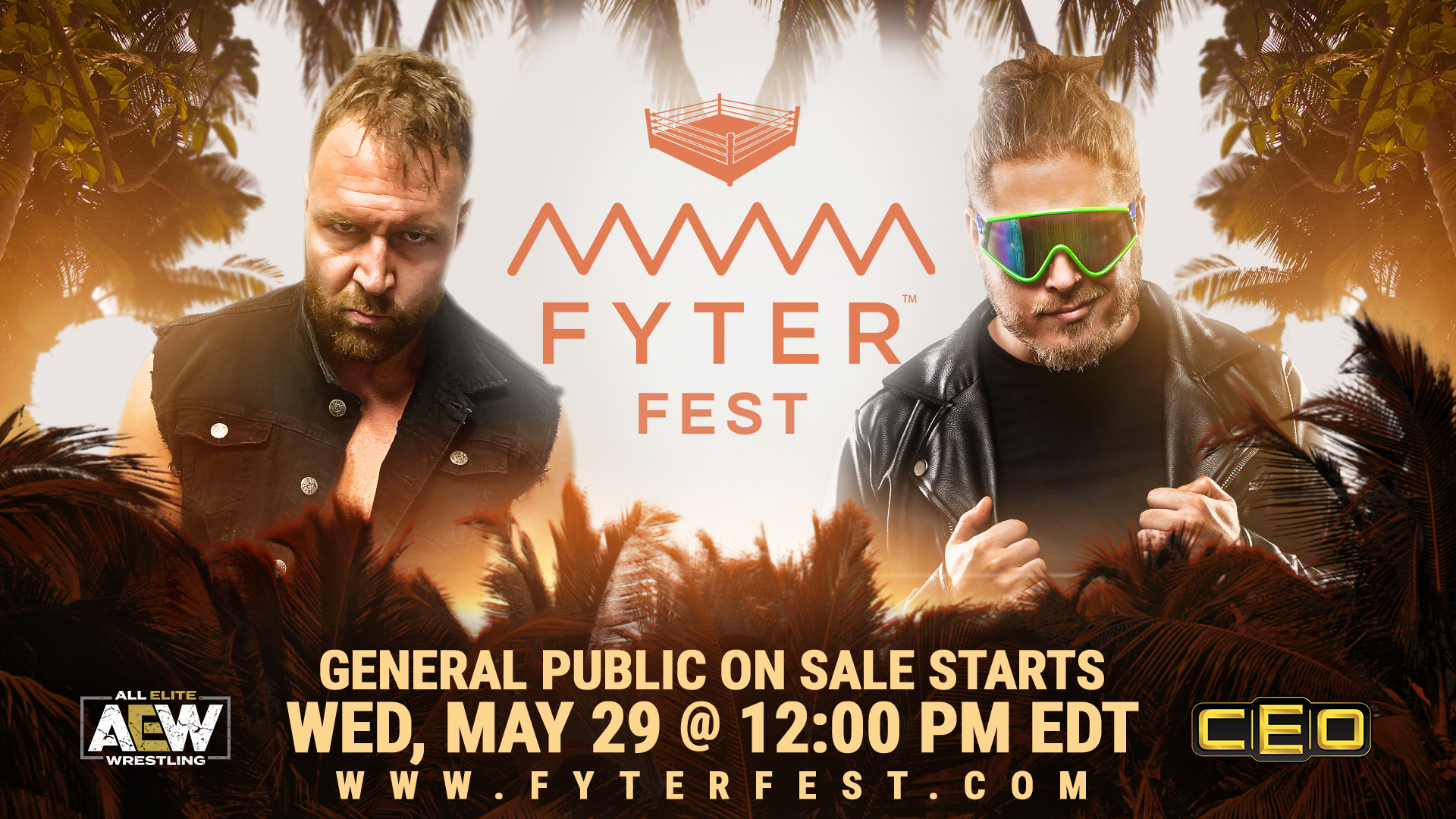 it's on June 29. Other matches include
Jebailey vs. Michael Nakazawa
The Elite (Kenny Omega & The Young Bucks) vs Lucha Brothers (Rey Fenix and Pentagon Jr.) and TBA (formerly PAC)
Cody vs. Darby Allin

NJPW is also wrapping up its annual Best of the Super Jrs tournament, with the finals on June 5 (streaming live on NJPWorld, 2:30 AM PST). Moxley was recently revealed as the next challenger for Juice Robinson's US Title. 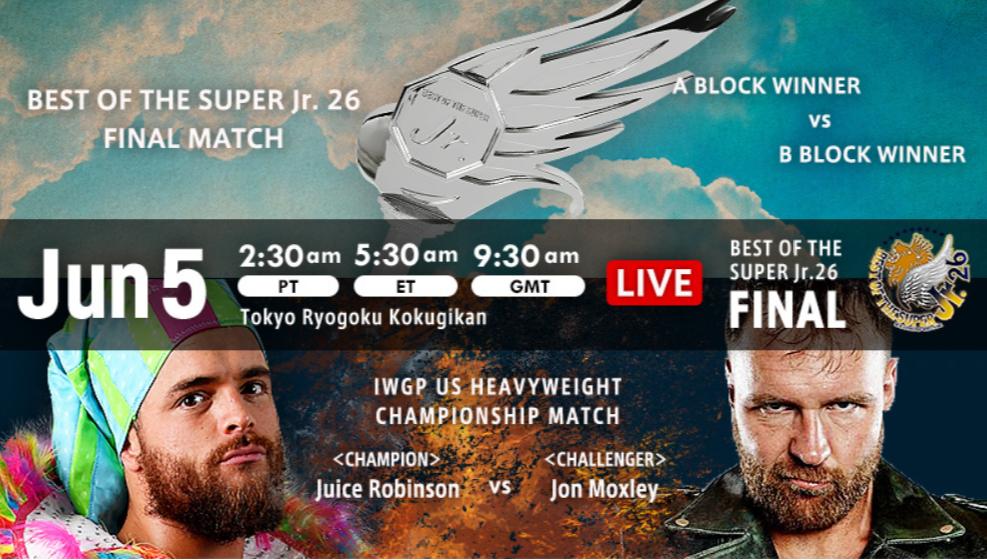 NJPW also has Dominion on June 9. I'm not sure if Mox is wrestling on this one, but here's the card for that so far

Can Okada overcome Jericho's new finisher, The Judas Effect? A spinning back elbow so dangerous, it's not taught by most MMA gyms? Tune in on June 9 at midnight (PST) to find out! 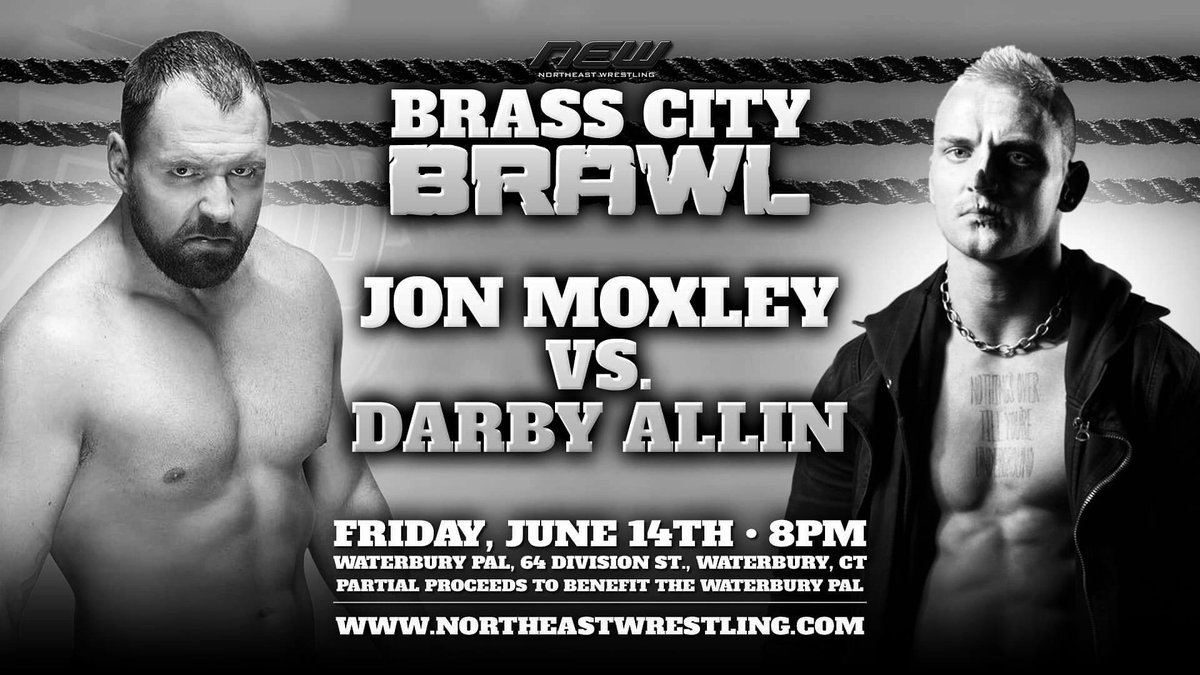 Game Changer Wrestling, inarguably the hottest indie going right now, has their Tournament of Survival 4 event, today, June 1! A deathmatch tournament featuring some real sick fuckers from all over the world, it streams on Fite.tv at 4:30 PST.

Moxley is not currently scheduled for this show. But man, wouldn't it be sick if he showed up?

Good job on the OP. I'm pretty excited for the BOSJ Finals on Wednesday.

This OP is such good shit. It's totally you, Serpentine.

This thread and community is SUCH GOOD SHIT

*gets handed a script, it's so well written*

....none of this is relatable

Have to assume Jordynne is working PROGRESS too that day, glad this is finally happening and they accidentally lucked into an almost year build

I watched part of the Tokyo Princess Cup and yo. How come no one brought up how great the Neo Biishiki-gun theme is??

So Brock is going to cash in the Money in the Bank briefcase on Monday at Raw?

You really think so? 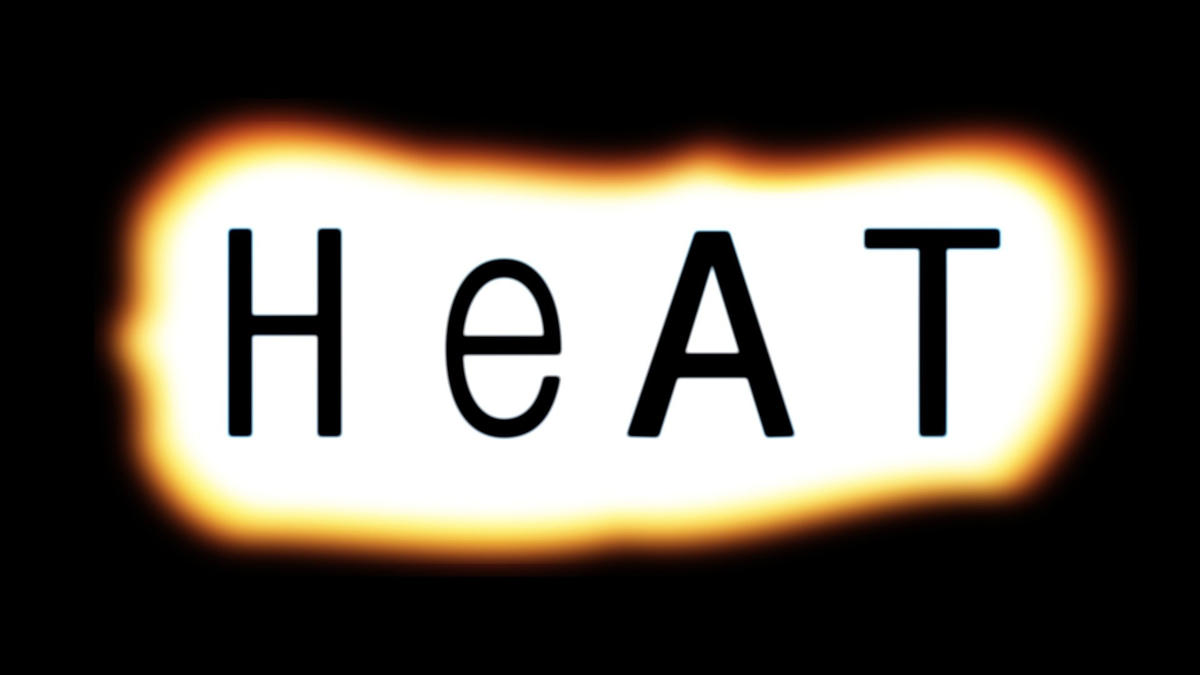 Brock ain't cashing in until way later. The really impressive thing would be if he cashed in and failed.

Mox will actually show up to Tournament of Death in a few weeks to set up a match with the Lariat God, DJ Hyde

Serpentine said:
Mox will actually show up to Tournament of Death in a few weeks to set up a match with the Lariat God, DJ Hyde
Click to expand...
Click to shrink...

He is always going to show love to Hyde and the dub...all 12 fans at the czw arena are in for a treat when they clash at this years down with the sickness..

I started Keller's latest episode and I'm 11 minutes in and he's still hawking his fucking site and podcast. This is like a goddamn TNA promo

Unfortunately I had to sit out attending ToS this year, lots of shit going on, but I'm thinking about ordering it tonight.

Interesting side note regarding NXT: The next set of tapings isn't until 6/12 and 6/13. They will be taping EVERYTHING up to Takeover: Toronto. So it seems like we'll have the Toronto card in two weeks.

Listening to yesterday's Bryan & Vinny show and holy shit at Granny not realising Ambrose and Moxley are the same person.

I'M RINGSIDE, ONCE MORE, FOR THE NICOLE WAR 2

Fuck the first time they ever fought was amazing, and now it's through Shimmer which means I have to imagine it's going to be near the, if not actually the, main event of the show. The Nicoles are going to go all out!!!! Can't wait, I freaking love Savoy


This show might beat Takeover for show of the weekend.

apparently owe is doing a show here summerfest weekend, damn. gonna be a mini-mania week going on with all the shows popping up.

https://www.ticketscene.ca/events/24878/
gonna do my best to make it out to as much as i can, except summerslam, because fuck vince and that shithole company.

But yeah, I was asking.

There any truth to that stuff Cornette was referencing?

Mafro said:
Listening to yesterday's Bryan & Vinny show and holy shit at Granny not realising Ambrose and Moxley are the same person.
Click to expand...
Click to shrink...

I was legit dying at that part

Want to feel old? Today is the 5-year anniversary of Bluetista at Payback 2014

Bigkrev said:
Want to feel old? Today is the 5-year anniversary of Bluetista at Payback 2014

fucking hell time is an illusion

Swung through Twitter and caught bits of Cornette's rants, saw some wonderfully 'insightful' comments from some of his followers about how Kenny Omega isn't a good wrestler, and I just nuked the whole thing. I do enjoy Jim's insights into territorial wrestling (of which I am a fan), but enough is enough. I don't need that toxic shit.

Starting the Keller/Moxley podcast right now. Interested to hear what else he has to say. The stories from Jericho's podcast had me in stitches the entire time. IT'S SUCH GOOD SHIT!

How are WWE sympathizers responding to the Moxley podcast

wild wild rice said:
How are WWE sympathizers responding to the Moxley podcast
Click to expand...
Click to shrink...

Bigkrev said:
Want to feel old? Today is the 5-year anniversary of Bluetista at Payback 2014

So glad we got Batista going out on the match he wanted, being himself. His Mania match with HHH was everything I wanted it to be.

TarpitCarnivore said:
By saying how HHH isn't the same and he'll certainly fix everything
Click to expand...
Click to shrink...

(for the new thread)


Jon Moxley has done another interview/podcast, this time with Wade Keller:

PWTorch editor Wade Keller presents special Weekend Interview edition of the Wade Keller Pro Wrestling Podcast with guest Jon Moxley (f/k/a Dean Ambrose). This is Mox's second long-form interview and the first he recorded since his AEW surprise debut last Saturday night at "AEW Double or Nothing" in Las Vegas. This is by design a follow-up to his first interview earlier this week with Chris Jericho on his podcast which has been the talk of the pro wrestling industry for several days, so we're not covering the same territory, but instead covering topics he didn't get to with Jericho.

This interview, conducted on May 29th, lasts nearly two-and-a-half hours. This is the first half of the interview and the second half will drop on Sunday afternoon or evening on this feed.
Click to expand...
Click to shrink...

The interview starts around 11:30

The axe handle head spot had me cracking up

One more bit from the Observer:

[Kenny Omega] also brought up wanting some people from DDT in AEW, in specific talking about Antonio Honda and Konosuke Takeshita.
Click to expand...
Click to shrink...

Moxley speaks pretty highly of Triple H. He really hammers home that Vince is the sole problem. He says he'd like to see Hunter run things for a month and see what happens.

Wade asks him what he thinks of Triple H and how he thinks things would be different. Moxley says that Triple H thinks about things a lot, but he's not super collaborative. Calls him cerebral. He says that he thinks Triple H would be more open to letting guys do their own thing and isn't at all the same type of micromanager as Vince, though he says "it wouldn't be a free-for-all". Brings up that he thinks Triple H is a smart guy, and talks about a time where he wanted to do a big blood spot and Hunter explained that it would be a great spot that would lose them a $10 million sponsorship and Moxley laughed and said he can't argue that. Says that "most times" when Triple H makes a suggestion on something a guy should say or do it's a good idea. Says that he's clearly a better option than Vince. But he also says that he was never in NXT in its current form, so he thinks someone who is in that system all the time could speak more to Triple H's style of running things.
Click to expand...
Click to shrink...

This is the most reductionist it's ever gotten. Like y'all really can't give HHH anything. Like I dunno how you parse things like most suggestions he gives are good ideas for talent and if you gave WWE tv to HHH for a month it'd be a stark improvement as 'He's easier to work with."

And I guess I should link this one; https://i.imgur.com/10M9R0J.gif NSFW

No, it's not. Saying that someone isn't a collaborative person doesn't ring as speaking highly to me. Sorry.

TarpitCarnivore said:
No, it's not. Saying that someone isn't a collaborative person doesn't ring as speaking highly to me. Sorry.

Maybe y'all just need to have some higher standards for a shit hole company
Click to expand...
Click to shrink...

Dude, that's one sentence out of 10. Again, you're really skimming that shit to make your point seem salient.

Woozies said:
Dude, that's one sentence out of 10. Again, you're really skimming that shit to make your point seem salient.
Click to expand...
Click to shrink...

Again, you're really quick to defend anything related to HHH and WWE.

tm24 said:
Eh, Kawato is clearly not as far along as Namaguaje and Kamaitachi were at this stage

Hell Yeah Metallico gave his all in that match and it was awesome, he even made look Virus bad in some spots (never in the mat) Metallico was firing at 200%

I hope the match gets some buzz going he deserves it.

TarpitCarnivore said:
Again, you're really quick to defend anything related to HHH and WWE.
Click to expand...
Click to shrink...

No the fuck I'm not. when the fuck have i ever? The only thing I can remotely say I've defend HHH on is this wild idea that things would be the absolute same with im in the Chair. And that's purely on a creative side of things.