Kylo Ren is the best part of the sequel trilogy 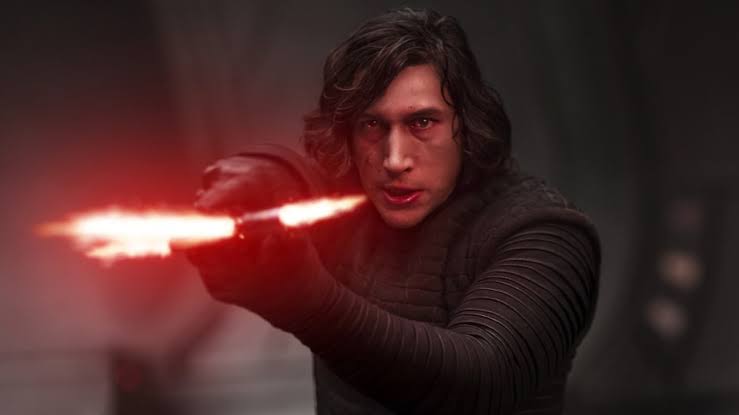 Never a dull moment with this manchild.
I like the wannabe angle they played with him, he feels unique as a villain.

Without a shadow of a doubt.

Yes, I like him way more than the main trio. Only thing that seems lame so far is that he's going back to the mask in IX for some reason.

He is Anakin done right. Completely captivating in the role.

Driver is easily the best SW actor, but Kylo Ren's story or character doesn't make any sense to me.

Yeah, probably. But that's not really much of an achievement. Rey's the only other decent character.

How has his back not been thrown out from carrying the new trilogy?

My only problem with him is that he's too oooooold. Being a twenty year old would've justified his character much more, continuity be damned

The best thing about the sequel trilogy is that it's almost over.

Absolutely. He’s Anakin done right. Even now I cannot reconcile whiny insecure Anakin as played by Hayden Christensen with the confident monster Darth Vader as played by David Prowse and James Earl Jones. I can’t blame it all on Christensen as most of it is Lucas’s shitty writing, but I never got the impression Hayden Anakin was literally the best Jedi in the galaxy that Vader always is.

However, Driver both in costume and out personifies this rage at both himself and the events that led him to where he is now. All he wanted to do was be a Jedi like Luke but his trust was betrayed and now he sees he can trust no one but himself. He begins to idolize Vader becoming an in canon fanboy, and many moments throughout the two sequel movies we see that little bit of doubt, but in his “heroes” journey he needs to push that away in order to truly fulfill himself and his potential.

Yes. Though that’s not a very high bar when it comes to the sequel trilogy.

They were doing pretty good with him until the end of TLJ. Made him too much of a joke at that point.

He's on an arc and has made very important choices that had big consequences.

I disliked his character in the Force Awakens, but grew to appreciate him in TLJ.