EDIT:
I am really not feeling the way that reporters are attributing this to me, so let me clarify this as much as I possibly can.

I run a shitty little discord server for the remaining users of a dead forum that I ran in the mid 2000s to present. It's a Crash Bandicoot server at its core but since there's not a lot of Crash stuff happening post-N.Sane Trilogy yet, it's mostly a shitposting server. One of our members came into one of our channels, and posted the three images. I did some quick research to see if it had spread to Era or any of the KH fansites yet. Noticing it had not, I asked the guy where they came from. He told me that he saw them on another server (or rather, he just said "I saw them somewhere else"). He went back and asked the ORIGINAL poster of the images where they come from. THAT person then told him "I got them from a friend who got them from an FTP server where they were quickly removed afterwards".

I'm like, the fifth layer down the ladder from the source. I am making no claims to this leak as a source or an insider of any kind. Thank you.

I have no idea if these are legitimate, but they seem pretty convincing. I have no idea what the source of them is. The person who sent them to me got them from a different person who also did not give a source. The person only told my acquaintance 'got them from a friend who got them from an FTP server where they were quickly removed afterwards". Sorry if this is out of left field or shouldn't be posted or ends up being fake or whatever, but if real, I think it definitely warrants discussion!

I'm calling fake for no particular reason, but if they're real, i'm down for it 100%

I haven't been following this, which is new?

Isn't that Monsters Inc and Frozen?

I kinda believe it. I've seen stat screens for UE4 that looked similar to that. at least, if it's fake, it's pretty damn good

This does look pretty legitamite.

That first world would be pretty cool, no idea what the last picture is though
OP
OP

Can't wait to see Sora interact with the gang!

A Nostromo world? What a shock!


Monsters Inc. seems like a fun idea for a world.

Pirates of the carribbean in hd style lol

They look fairly legitimate. Would be an impressive fake if they were.

is the last one frozen ?

ced said:
I haven't been following this, which is new?

EDIT: actually might be Frozen. then again, they exist in the same universe
OP
OP

That first world would be pretty cool, no idea what the last picture is though
Click to expand...
Click to shrink...

Frozen was 100% obvious to be honest, Monster and cie is nice.

We knew about Tangled from the original announcement.

Me? I'm really into bridges.

Why the third screenshot? Has nothing to do with the game. :/

Makes sense. I haven't seen either of those movies.

Also, let's get this dumb meme out of the way: 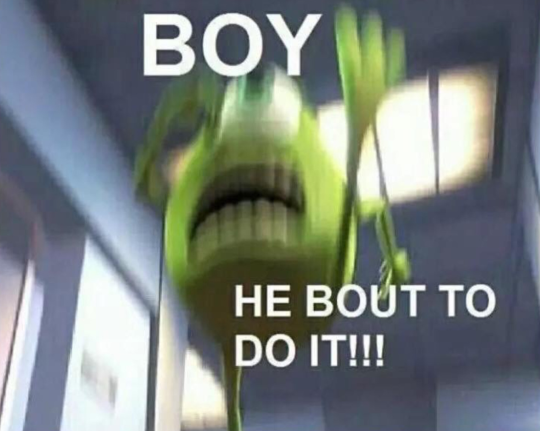 Monsters Inc and Frozen. I could actually see both of those in the game especially the second one. If you asked me a few years ago if we’d see Monsters Inc, I’d say no because they don’t do Pixar properties but now that they’ve done Toy Story... I think it’s possible.

Side note: I really want the source on this but I know you don’t have it

If legit then the Unversed pretty much confirm Vanitas is coming back, not surprisingly.

That said Monsters onc. is not exactly my most wanted world.

That last image is used else where lol. That might mean this whole thing is bupkis

Vylder said:
Why the third screenshot? Has nothing to do with the game. :/
Click to expand...
Click to shrink...

It was included in the group of images posted in the server in this message, so I included it.

The Frozen one is definitely fake. It's a frame from the movie.


8 secs into this trailer.

If a
Monsters Inc.
world is real, then this game has to come out tomorrow. I need this in my life immediately.

is this the frozen world?

Damn, Toy Story and Monster's Inc.? I'm closer to my Incredibles world than I thought.

If those are fake then hats off to the person who made them, because they're pretty damn convincing.

Monsters Inc screenshots don’t look fake to me. I just really hope that isn’t the world reveal planned for February at D23 Japan.

But Monster's Inc AND Toy Story is dope

There is no fucking way Frozen wasnt getting into KH when Japan had an exclusive frozen themed PS4.

Not to mention the merchandising on every product line in the US, the Frozen short for Coco and Frozen 2 coming.

I wouldn't have included Monsters Inc in this entry. That Sora design is also bad. I hope this is fake.

The Trashman as a party member!

Oh? That's an unversed in the first screenshot. Is a certain someone coming back?

Treasure Planet or Atlantis would be that real Shit

Green Man's attack is going to be off the chain

So, real talk: could the monsters inc be legitimate? We know the frozen is fake, but that image lookis like its from a test build of the game. The guy would have to know someone on the dev team to get their hands on this!!
You must log in or register to reply here.
Share:
Facebook Twitter Reddit Pinterest Tumblr WhatsApp Email Link