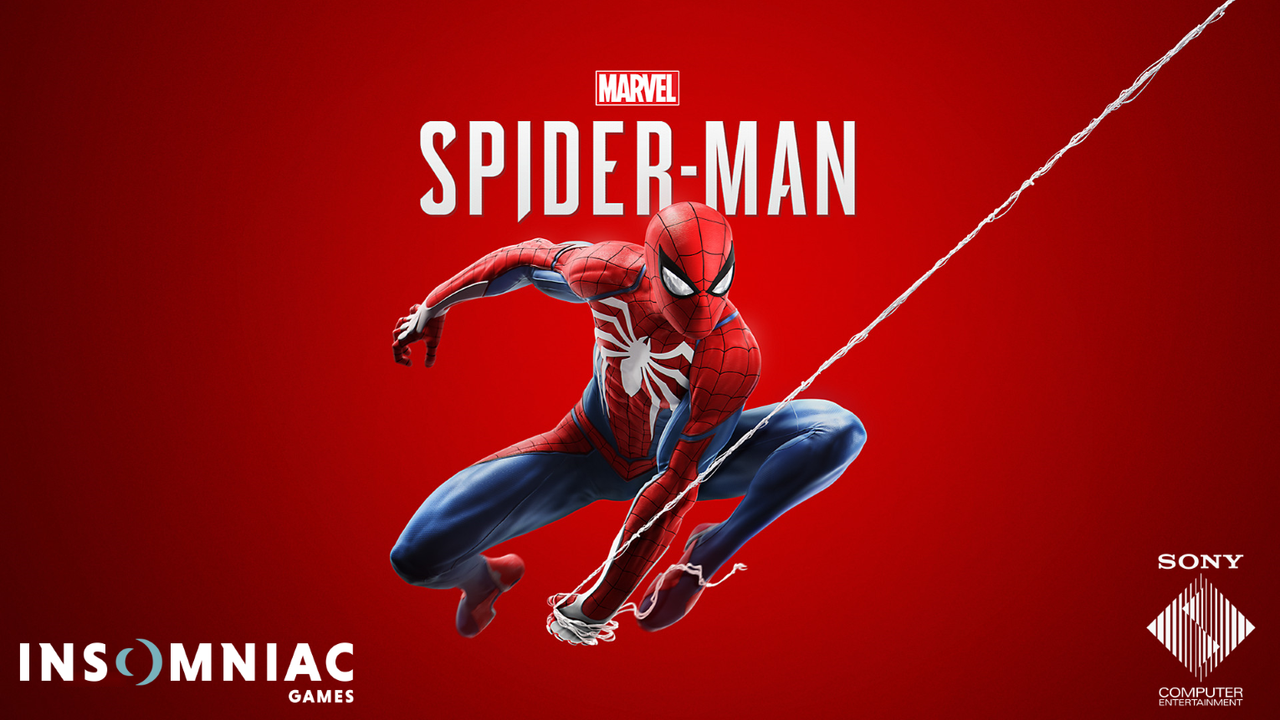 Marvel’s Spider-Man features your favorite web-slinger in a story unlike any before it. Now a seasoned superhero, Peter Parker has been busy keeping crime off the streets as Spider-Man. Just as he’s ready to focus on life as Peter, a new villain threatens New York City. Faced with overwhelming odds and higher stakes, Spider-Man must rise up and be greater. After eight years behind the mask, Peter Parker is a crime-fighting master. Feel the full power of a more experienced Spider-Man with improvisational combat, dynamic acrobatics, fluid urban traversal, and environmental interactions. A rookie no longer, this is the most masterful Spider-Man you’ve ever played. What is Marvel’s Spider-Man? Marvel’s Spider-Man is exactly what it sounds like, a Spider-Man game. Though it is not the first for the famed web slinger it is shaping up to be the biggest outing for the character on a major console in recent years. The game itself is an action-adventure set in an the Marvel universes New York City. You play as Spider-Man working to keep the city safe from both new and existing threats.

Who are the Main Characters? The game focuses primarily on the adventures of Spider-Man/Peter Parker in both friendly neighborhood crime fighting as well as the personal struggles of Peter's life. Furthermore, Mary Jane Watson will be playable at certain moments within the story. The game also features appearances from Miles Morales, Aunt May, and a host of other figures from Spider-Man lore.

Who are the Main Villains? The game has led its advertising with Mister Negative/Martin Li but he is far from the only villain in the game. The game will also feature appearances from Kingpin, Scorpion, Vulture, Electro, Rhino, Taskmaster, Silver Sable, and more unannounced villians that will serve to foil Spider-Man’s heroics.

How long is the game? Insomniac have provided an average completion time of twenty hours. Now this time does come with the stipulation that it allowed for just minimal side quest completion. So if you are a big planner I would consider your playstyle and factor in more or less time based on that twenty hour estimate.

Will the game ever release on PC or Xbox? No, the game is an exclusive and always has been.

How sure are you about its exclusivity? Pretty sure.

Did the game recieve a downgrade? One of the biggest concerns for a developer when showing footage of an work in progress title is that inevitably things change during development. Whether it be something as simple as the glossy nature of a super suit or the placement and size of puddles. It is natural to be suspicious, there is a dedicated term for deceptive marketing in the industry (bullshot’s origin for those curious). However, that does not mean that developers are going out of their way to deceive people on every release. Things change in development and that is why it is important to realize when a developer shows their game at E3, or anywhere else for that matter, it is a work in progress and things will most definitely change between then and release. The game did not receive a downgrade of any kind.

Can I learn more about the games performance as a released product? Yes, Digital Foundry put together a rather comprehensive look at the game which can be found here.

Is there a multiplayer element? Insomniac have made no comment in regards to any multiplayer so don’t expect any in the game.

What kind of side content can we expect? The usual open world fare everything from random encounters, collectibles in the form of Peter’s stray backpacks, to bomb deactivation at the behest of Taskmaster.

Does the game have a photo mode? Yes, if you have played any of Sony’s larger exclusives you can expect much the same type of photo mode here. You can reference the above linked trailer to take a look and we look forward to seeing whatever creative screenshots you grab during your playthroughs.

Does the game have any Downloadable Content? Yes, there will be three story DLC’s. Together they are entitled The City That Never Sleeps. The cost of these combined is $24.99 or individually $9.99. The first of the three DLC’s is itself entitled The Heist and features Black Cat/Felicia Hardy. It will release October 23rd. The second and third DLC’s are entitled Turf Wars and Silver Lining respectively. Details are currently slim in regards to those so check back for more information later on.

Does this have anything to do with the MCU? No, but it does include unlockable suits inspired by Spider-Man's outings in Captain America: Civil War, Spider-Man Homecoming, and Avengers: Infinity War.

Does the game feature a wider Marvel Universe? Yes, expect to see familiar landmarks such as the Wakandan Embassy, Avengers Tower, and the Sanctum Sanctorum all hinting at the larger world in which this version of Spider-Man inhabits.

Why that OT subtitle? A bit off topic but for those curious I selected the classic "Face it, Tiger" line for a few reasons. First, I am sure many players feel that they have indeed hit the jackpot with a talented development studio taking on a famous character and creating what will by all odds become a classic for fans of the studio, character, and games in general. Second, if this game is a success it like will likely lead to bigger things in the future mirroring the first scene in which Mary Jane a now famous comic character is introduced. Lastly, I don't think Kraven the Hunter is in the game so I couldn't use "That's so Kraven" maybe next time.

I have more questions? It is impossible to answer every question go ahead and ask and our community will likely be there to answer. Furthermore [U]jstevenson[/U] Community Director at Insomniac Games is an active member here on Reset and you will likely be seeing him on and off throughout the thread.

Should I mark my spoilers of the game? Yes, absolutely. Some people don’t want to know more than the marketing has shown. Be courteous. Mark your spoilers and Spider-Man Photography Thread For those interested in just sharing their screenshots created by [U]Tyaren[/U].

Some humorous Alternate Covers by [U]Ricky_R[/U].

This is my most anticipated game in a decade. Great work! Can't wait! Hype!

Did anybody who preordered this from Amazon get the DLC voucher yet?

So glad this is coming out on a Friday instead of a Tuesday. Going to be a good weekend.

HeartlessNobody2134 said:
So glad this is coming out on a Friday instead of a Tuesday. Going to be a good weekend.
Click to expand...
Click to shrink...

But if it came out on a Tuesday this week, we'd be playing it rn :P
OP
OP

mrmickfran said:
Did anybody who preordered this from Amazon get the DLC voucher yet?
Click to expand...
Click to shrink...

Expect it to receive it soon, I have.

You can't win 'em all. Though read through the Q and A for a reason as to why I chose what I did.

This Aunt May > Homecoming Aunt May

Awesome OT and great title! Also thanks for spelling his name right.

Picking my copy up tomorrow from Gamestop at 9pm. Gonna be a looong day

In the GOTY voting, do we have to officially call it 'Marvel's Spider-Man'?

So excited for this.

Why are we using OpenCritic like it’s the aggregator that matters?

Good job. I'm more excited for this than I thought I would be.
OP
OP

bunkitz said:
Awesome OT and great title! Also thanks for spelling his name right.
Click to expand...
Click to shrink...

I learned my lesson, the hyphen is irreplaceable. Also thanks.


Knight613 said:
In the GOTY voting, do we have to officially call it 'Marvel's Spider-Man'?
Click to expand...
Click to shrink...

Jumping to the point there huh? Its official name is Marvel's Spider-Man but I imagine most people would know what your referring to if you just said Spider-Man in a 2018 GOTY thread.

Personal preference for me, I like OpenCritic is all.

mrmickfran said:
Did anybody who preordered this from Amazon get the DLC voucher yet?
Click to expand...
Click to shrink...

Yeah. I got mine earlier today. It had some costume, an avatar and a theme for me.

Five and a half hours left at work, then 10 hours of waiting. Let's go!

BeardedMan01 said:
I learned my lesson, the hyphen is irreplaceable. Also thanks.
Click to expand...
Click to shrink...

My weekend will be spent playing this and going to see The Nun.

I have watched the Spider-Man animated series, The Raimi trilogy, The Webb Duology and Homecoming films in their entirety.

I preordered practically everything to do with the game, im gonna have like 3 extra discs and CTNS Codes, I have waited for this game my entire life.

Thank you so much Insomniac for making our dream game a reality.

Can you play this game as peter parker without his suit?

Working all weekend so sleep is on the chopping block, who needs it? Plus I barely sleep.

Best Buy shipped mine today and should arrive tomorrow!!!

You are using the correct font GG.

time to follow the thread and then come back when I actually play it this friday.

Riversands said:
Can you play this game as peter parker without his suit?
Click to expand...
Click to shrink...

Only in specific story missions it seems.

Aww man the first image is nothing but the imagebb logo

Russell said:
Aww man the first image is nothing but the imagebb logo
Click to expand...
Click to shrink...

It seems to be displaying alright for me.

My Amazon preorder hasn't shipped out yet. :[


But if it came out on a Tuesday this week, we'd be playing it rn :P
Click to expand...
Click to shrink...

Or would it be Tuesday next week D:

That OT title is perfect. Love me some MJ.

What the fuck is this shit? Just got an email from Amazon saying my estimated delivery is September 11th.

I've never heard of spider man. Why does he only have four legs? He doesn't even look like a spider. He looks like the gimp from pulp fiction. This must be some niche thing.