Microsoft Studios |OT2| The Best Is Yet To Come

Welcome, everyone, to the second Microsoft Studios official discussion thread. Here, we talk about all the spicy rumors, hot takes, and vague, unfounded assumptions that plague our lizard brains as we struggle to comprehend the oftentimes backwards logic of a massive, multi-billion dollar corporation.

And sometimes, we discuss real things that are actually happening. But keep that a secret. Hushity hush.

Everything posted here will be updated as new information rolls in and out of the thread. For now, let us marvel at the various studios and partners that Microsoft employs to entertain us whenever they feel like doing so.

​
Originally founded in 2010 as Zipline Studios, The Coalition went through two more rebrandings—the first as Microsoft Studios Vancouver, and the second as Black Tusk Studios—before becoming Microsoft's dedicated Gears of War studio after the acquisition of the IP in early 2014. Here's some info:

​
Founded in 2001, apparently due to a lack of simulation racing games present on the Original Xbox, Turn 10 rose to prominence as the Forza Motorsport franchise grew into the tentpole it is today, further expanding in 2012 with the Forza Horizon franchise, developed by Playground Games. Here's some info:

​
Founded in 1985 by the Stamper brothers, Rareware—as it was then called—focused almost exclusively on development for Nintendo systems, until Microsoft acquired the company in 2002 and shifted their focus to Xbox, changing their name to Rare in the process. Here's some info:

​
Founded in 2009 by game developer Markus Persson, Mojang was built around and catered to the development of the modern gaming phenomenon Minecraft. The studio was later acquired by Microsoft in 2014, and still largely focuses on the management and development of the Minecraft IP. Here's some info:

Established in 2010 by a large group of former racing developers from some of the best studios in the industry, Playground Games pioneered the breakout hit spinoff franchise Forza Horizon, and continues to maintain that series into its fourth iteration, as well as focuses on other projects.

Noteworthy Persons: Will be updated as more info is made known.

​
Originally founded in 2000 as Just Add Monsters, the studio was rebranded as Ninja Theory in 2004 during the development of Heavenly Sword. Comprised of action game experts and a storied history in gaming, Ninja Theory is one of the leaders of action-heavy games and setpiece design.

Noteworthy Persons: Will be updated as more info is made known.

​
Founded in 2018, and headed up by Darrell Gallagher, The Initiative is a brand new studio operating out of Santa Monica, California, dedicated to working on brand new AAA games for Microsoft Studios.

​
Founded in 2009 by Jeff Strain, Undead Labs operated on a laser-guided focus on zombie-based games. Their first game, State of Decay (360), was a smash Xbox Live Arcade hit. Acquired in 2018, Undead Labs remains committed to bringing out the best in zombie-related games, and potentially other projects as well.

Founded in 2009 by Guillaume Provost in France, Compulsion Games is comprised of various developers from Valve to Ubisoft, and focuses on story-driven games with weird twists.

Microsoft Studios Global Publishing
& Other Information
​
Below we have information regarding upcoming titles created by partner studios, as well as any other relevant material not mentioned previously. Don't fret. This section will get a MAJOR rework in the days and weeks to come.

We begin with the Upcoming Partner Titles: Enter Crackdown 3’s sandbox of mayhem and destruction and become a Super-Powered Agent dedicated to Justice by any means necessary. Explore the heights of a dangerous futuristic city, cut through gang-infested streets in a transforming vehicle, and wield amazing abilities to dismantle a ruthless criminal empire. Developed by original creator Dave Jones, Crackdown 3 will deliver cooperative chaos and an all-new multiplayer mode where destruction is your ultimate weapon against friends and rivals online. Whether you’re playing the all-new Campaign or enjoying a truly revolutionary competitive experience, you’ll never look at open-world gaming the same way again.
Click to expand...
Click to shrink... 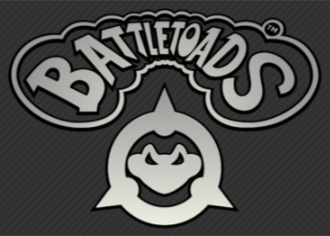 
Credit for the headers goes to Klobrille.

Kaironaut said:
Now that we’re nearing 20k posts, I feel it appropriate to announce that Microsoft Studios OT3 will—barring any mod saying otherwise—be posted after the main event of X018. I feel that with the latest batch of information comes time to holistically update the OT and get everyone starting fresh on new information, without having to rely on oodles of built-up convos and sifting through pages upon pages of back and forth discussion.

If anyone has any problems with this, please let me know. Over and out.
Click to expand...
Click to shrink...


All those new shiny studios.

Nice to see our new home!

Great to see the new studios. Can't wait to see what they bring! :D

Well, the OP just doubled in size form the old one.

Wow, they actually grew this year...

Whoa. Just realized....not a SINGLE mention of Minecraft or Mojang?

That OT got a update haha.

It really puts it into perspective how much they've just acquired when their studio list doubles overnight.

Looking a hell of a lot better now. The future is bright, and the current teams (343, Playground, Coalition) all seem to be hitting their stride.

Why does Hellblade have different meta scores on all different platforms? lol.

Xbox Wire: "Everything we announced at the Xbox E3 2018 Briefing"

Good start, hope they get to do work as varied as Sony's 1st party.

New thread for 5 new studios! Can't wait to see what they do over the next few years!

Excited to see what MS have in store. Phil's velvet glove approach seems to work well.

So awesome seeing that Ninja Theory logo under the first party banner.

Really can't wait to see what they do.

Love the new additions to the OP. Feels good man.

Finally. Things are looking good. Excited to see everything in next 2 years.

Inside Xbox next. Hopefully we get a deeper look at those Skelton crews in sea of thieves and a closer look at some of those games that were in the [email protected] sizzle real.

that was quick. Hopefully these studios produce some goodies in a few years.

Btw, I think the metacritic score on some of the DMC games are off.

Great job on the OP!

Halo Infinite is Halo 6. Think they have dropped the numbers.

Going through that list reminded me of something said in the press conference thread, I would LOVE to see KI X Street Fighter.

Klobrille You were right my friend. They did expand their studios. Thanks for you contributions to these MS 1P Threads!

Next gen is going to be crazy! Love the new studios joining the XBox family.

Nice move from Microsoft to change the narrative around their first party. It won't pay off until next gen, but they had to start somewhere.

I'm a little surprised that Splash Damage wasn't acquired. With all the help on Gears 4 and now Gears tactics, it only seems inevitable.

Nice new OT. Much more to talk about now.

How does MS compare to Sony's 1st party studio in terms of teams and studios?