Great interview, looking forward to (hopefully) more of them.

That was very nice! Thank you for your time and patience to answer all the questions! It was very informative :)

Thanks, it was a great read.

This is really great and I can't wait to see more of these type things in the future. It was handled really well. And now I need to buy Wonder Boy.

Wow, this is fantastic. I can't wait to read more of these

“Why did you make the decision to not include a platinum trophy in this game? You must be aware that there are a lot of players (not me) who wouldn’t even consider buying a game unless there is a platinum, thus losing a sale.”

Omar (Lizardcube): It wasn’t really a decision, more like a mistake on our side. We were still convinced that Sony rules disallowed us from including a Platinum. In fact, the rules changed a few years ago but we didn’t know about it. By the time we realized it, it was too late. The game has a hidden “Extreme” mode (that you can access from the difficulty selection menu) which would qualify as a great platinum trophy, unfortunately we can’t add it after the facts.
Click to expand...
Click to shrink...

That was a great read, Thank you guys.

hey thanks for asking my question

This is really cool. One of the most in-depth and informative interviews I have seen on any gaming site. Fantastic work by everyone involved.

Really banging Q&ERA! As someone who didn't particularly follow the development of this title, it was super interesting to read that the project had roots in disassembling the original game.

Although I'm a bit late, I'm very excited to try out this game when the physical release comes out for Switch. The passion bleeding through the design and this interview is wonder(boy)ful.

Fantastic work and an extremely informative read. Huge kudos to both Lizardcube and DotEMU and the relevant staff for making this possible.

Awesome q and a. Looking forward to more. Thanks to the devs and organizers.

Awesome replies. Thank you Lizardcube staff for taking part in this!

Fantastic Q&ERA. Good job to everyone who made this possible. I can't wait for more!

This was a great read - super informative. Thanks to all involved!

it've been nice if they didn't act like smartasses and just said "sorry, but the game had the least sales on Xbox, that's why we didn't do one"

Thank you again so much for doing this!
This is STILL my favorite game of the year and I've since beaten around 6 times between the Switch and PS4 versions
(^_____^)

Guess I'll just have to pick up the OST via Bandcamp or something ;)

On a side note, anyone know if the US physical version coming out next month by Nicalas has anything extra in it? (It's MSRP is $40)

rtv190 said:
it've been nice if they didn't act like smartasses and just said "sorry, but the game had the least sales on Xbox, that's why we didn't do one"
Click to expand...
Click to shrink...

edit: they said the same thing
I don't think they were being smart asses. ordering a small number of discs is harder on xbox. it being less popular on xbox wouldn't be a problem if you could just order fewer copies.
Last edited: Dec 22, 2017

Oh cool, my question actually got picked. I was hoping for something more specific, but hey I still appreciate it.

Just chiming in to say the art style is top-notch.

Great Q&A, thanks. I had no idea they went all the way back to the source code of the original game to see how everything worked, I assumed they just used the base game solely from a design standpoint.

Nice Q&A and I love the responses. Really makes me want to replay the game again, original and remake.

Thank you so much to everyone who put this together. Very fun read and informative.

Thanks for giving us forum goers the time of day Lizardcube devs! :)

I hope we can keep this Q&A going.

rtv190 said:
it've been nice if they didn't act like smartasses and just said "sorry, but the game had the least sales on Xbox, that's why we didn't do one"
Click to expand...
Click to shrink...

There’s absolutely nothing smartass about their reply.

The SMS original was so special to me growing up (I ripped off the story and art for a writing project in school as a kid and my teacher thought I was so creative :P) and I really have to thank Lizardcube and everyone else involved with bringing this great game back. I got it on PSN then jumped at the LRG CE and will be triple dipping on the Switch physical release. I'm even crazy enough to be thinking about the new PS4 physical release also. You all did a great job and thanks for the Q&A.

Nice, really glad I got this on switch btw. Shit's great for commutes.

I enjoyed reading this and it was very informative. Kudos to everyone and thank you for doing this!

This is great, looking forward to the game and thank you.

Wow this was a fantastic read! This game has been on my radar for a while & I wasn’t sure, but I’m going to get it today now. Thank you so much to Lizardcube, DotEMU and the ReserERA staff for putting this all together, it is MUCH appreciated!!!!

Thank you for answering our questions LizardCube and Dotemu. I really enjoyed this, really great read.

Also, thank you to the mods and admins that organized this. I love the idea of these vignettes that highlight something in the gaming world that would otherwise never get any attention. These Q&A's can quickly become a library of information that cannot be found elsewhere.

"This looks pretty adorable, and the Q&A is pretty fascinating, I dunno if I'm on board though, maybe down the line if- 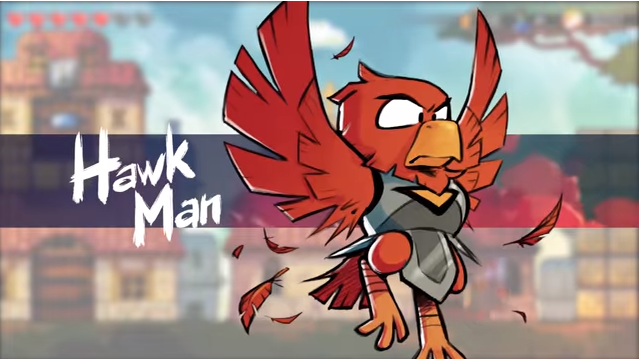 This is great!!
Thank you for answering my question!

Great work with the Q&A ERA and it's so great to listen to some talk by the devs of one of the games on my GOTY list!

Now, Lizardcube, you should talk with Nintendo about doing a Zelda 2 remaster! That game is so much like the Souls games at it's core that I think it would be a huge success today. :)

I just purchased the game the other day. It’s simply fantastic. I love the hand drawn art style.

That was really interesting, I’m definitely going to pick this up on the Switch.

Exceptional Q&A and exceptional game! Looking forward to the next of both. Thanks to everyone involved.

Glad to see that the questions selected were answered so thoroughly and honestly, mine included. I hope this is a trend we continue to see with future Q&ERA for other games!

Xbox version selling bad was pretty much expected to happen. It's a extremely niche market on that platform.

Very nice, I love that the remake has already been modded to accomodate Brazilian fans of their original (modded) game.

Thanks for this. Really enjoyed the read.

Great read, good answers that gives insight to their process. Hope we will see more of these.

My question was covered by the first answer. Though Monster Land isnt that hard, unless you finish it with 1 credit.

Thanks for your effort, looking forward to next q&a.

Great Q and A. Thanks to Era staff and the dev team for doing this. I look forward to future Q/As with devs here on Era. Well done.

Couldn't think of any questions, but I enjoyed this game quite a bit. Excited to see what these guys work on next.

The Giant said:
Xbox version selling bad was pretty much expected to happen. It's a extremely niche market on that platform.
Click to expand...
Click to shrink...

its the same 'niche' market as cuphead

Great read. Thanks all for the good work.
Also glad to have Ben on my FB friend list (Catsuka gang ;) ^^

This was a wonderful Q&A and I'm very grateful for seeing my question picked up and answered. Congrats to the Q&ERA staff for what I'm sure will be the first in a long line of Q&As and a big thank you to everyone at Lizardcube and DotEMU for answering our questions!
You must log in or register to reply here.
Share:
Facebook Twitter Reddit Pinterest Tumblr WhatsApp Email Link