This could literally be anything..

what's with the "expand window" thing on the bottom right?

Plus this looks 100 percent fake

Honestly yeah that checks out if it's real.

that prototypeX user name is a bit on the nose

that's MISTER PrototypeX to you, sir

There's no ads for Game Pass, so I have my doubts.

No reason to assume it's legit, but this seems fine.

Is this a trusted person, or just some random Twitter user?

KoolAid said:
what's with the "expand window" thing on the bottom right?
Click to expand...
Click to shrink...

AAION said:
that prototypeX user name is a bit on the nose
Click to expand...
Click to shrink...

Or a controlled leak

honestly can't see them not use the current dashboard

it's finally in a good place (in the insider build)

Who is this guy and what is his track record in terms of insider info?

As far as fakes go this one’s reeeeally boring.

and a ringer notification next to it

this is a phone screen or sommit

I don't care if it's fake, I want something that clean for the new Xbox. I despise the current mess of a dashboard. 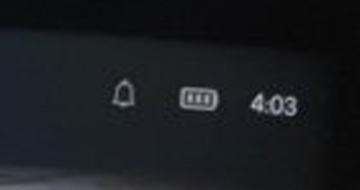 Settings having its own tab seems kind of weird to me.

There's a battery icon, come on

As long as it doesn't take me a good 20 minutes just to get my fucking bearings of where the hell everything is (like I did when I first started my Xbox One), then I'll take it.

It's certainly better than the current UI, which is an unmitigated mess.

That actually looks really slick looking. I would love my games and apps to look like that, i really like the description of each game next to it. I hope they also add stats like time played and leaderboard scores

Fat4all said:
and a ringer notification next to it

You could stretch and say it's the controller's battery.

That said this looks fake as hell.

I don't think this is legit, as it seems like a step backwards in terms of the direction of the Xbox One dashboard. They just got rid of the "tabs" at the top, so why would they just add them back in for Xbox Series X? Also, I hate how UI designers (including people making fakes for leaks) seem to think it's okay to waste a bunch of space. I think Microsoft got things a little more correct with the preview dashboard layout, but I still want more of my recent games/apps to show up on the first screen I see when I boot up my Xbox One X. How hard is it to not leave a bunch of empty, wasted space on the dashboard?

Assuming this isn't just a Photoshopped mock-up, I'm gonna say that this is a Kodi skin or something.

in fairness, that could be controller charge

it still looks fake as fuck