Geno said:
Not exciting at all for me, 1st party additions are zzzz
Click to expand...
Click to shrink...

Imran said:
Honestly I'd bet on occam's razor here and presume the reveal wasn't done yet.
Click to expand...
Click to shrink...

But the character's already been determined, it's not like they couldn't have named the character with just a text-only screen.

Thinking about this more, I've decided that I predict it is Min Min.

It would be great if it was Twintelle.

But it would have also been great if it had been Edelgard instead of player insert Byleth. :L

ChrizzSTARR said:
So I’m not familiar with Arms, would it be reasonable to expect this character to be a zoning Dhalsim-like character or should I expect a long range rush down play style?
Click to expand...
Click to shrink...

I've seen "Dhalsim" come up a few times and can't figure out what it means. Can someone catch a noob like me up?

Edit: All I can gather is its a Street Fighter character. Are people talking about his play style?

I love Min Min, Twintelle would be good too, but I think we’re getting another Byleth situation.

Springman as the default with Ribbon girl as the alt skin.

Or Helix, why not?

I live in a giant bucket.

The Assist Trophy aside, I don't think they'd purposely showcase the entire ARMS roster just to tease Spring Man -- methinks we'll get something along the lines of Ribbon Girl or Twintelle: a secondary promotional fighter or a fan-favorite breakout character. Alt costumes are also a possibility, although that'd be a stretch (:P) considering each fighter's innate abilities.

A surprise ARMS 2 character could also be in the cards, although I'd rather not place all my chips on that. (I mean, it's certainly something they'd do, but it's not even announced, so...)

Man, whatever happened with this?

Starphanluke said:
I've seen "Dhalsim" come up a few times and can't figure out what it means. Can someone catch a noob like me up?

Edit: All I can gather is its a Street Fighter character. Are people talking about his play style?
Click to expand...
Click to shrink...

yeah, he fights with stretchy arms

It is apparently, still alive. ARMS Graphic Novels Still Being Made, But With No Release Date Yet

No ARM in that

is there a strawpoll so we can pick who we want?

also i'm really happy it's a first party character. hopefully a xenoblade character is next (from 2 or x).

The Geno stans need to chill. Flops have made into Smash before (see Banjo), so Geno has a chance!

WonderLuigi said:
The Geno stans need to chill. Flops have made into Smash before (see Banjo), so Geno has a chance!
Click to expand...
Click to shrink... 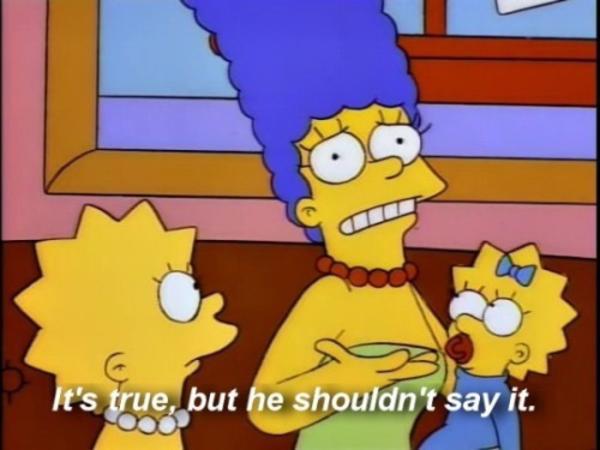 Couldn't be happier. Although I might have to pick up the second fighter pass now, which I wasn't planning on doing

Guys, a height-changing, stretchy character works too well for Smash.

It's going to be Helix.

Neiteio said:
ARMS was the most egregious omission from Smash. Now it will feel complete from a modern Nintendo standpoint.
Click to expand...
Click to shrink...

As much as I love ARMS, a major reason why I’m excited by this news is that the lack of ARMS representation is a very big omission, like you said.

Neiteio said:
ARMS was the most egregious omission from Smash. Now it will feel complete from a modern Nintendo standpoint.
Click to expand...
Click to shrink...

This, especially with regards to the music.

i feel like this will be a new arms character....from ARMS 2

I sure hope it's Ribbon Girl, said only me.

I'm glad for this both because I like seeing the game get some attention like this, but also because it means finally an ARMS amiibo (assuming they ever announce more amiibo).

I would love if it's Twintelle for three reasons:

1. Representation with her being a female POC
2. Very popular character
3. It kills the "Characters who are already in the game as Sprits can't become fighters" rule, which opens the door for characters like Geno.

It has to be Min Min or I will riot!


Bane said:
I'm glad for this both because I like seeing the game get some attention like this, but also because it means finally an ARMS amiibo (assuming they ever announce more amiibo).
Click to expand...
Click to shrink...

RADRAD said:
I sure hope it's Ribbon Girl, said only me.
Click to expand...
Click to shrink...

I'd be fine with that. I'm super happy if it's her, Twintelle, and Min Min. Anyone else and I care just a little less. The predictable choice is Spring Man. I'd be somewhat okay with it since he seems to have been the face of the series but I'd argue he's not nor shouldn't be anymore and I hope it's one of the women.

In case you missed it...

Oheao said:
But the character's already been determined, it's not like they couldn't have named the character with just a text-only screen.
Click to expand...
Click to shrink...

Then a reveal trailer is worth a lot less.

Blunoise said:
I feel like an Arms 2 is in development, I bet all these haters who jumped ship from arms so quick are gonna love it. Don’t know why ppl don’t give new franchises a chance to ge there footing first
Click to expand...
Click to shrink...

Main complaint I heard about ARMS was lack of content, at least before the DLCs all came out. No real single player modes aside from the GP. The GP itself was frustrating. After having an excellent voice actor for BIFF in the direct segements, they made him completely mute aside from a grating scratchy voice. Huge missed opportunity. I hope a sequel adds more content and gives BIFF's VA a greater role because he is a perfect fit in the game.

MY dick wants springman but everything else wants Twintelle

GIVE US ALL OF THE BASE CAST

I’m expecting some sort of weird hybrid character taking elements from the whole cast, based on that shot of all the Fighters.

I expect another Koopaling situation with 4-8 characters of the base game as one.

Imran said:
Then a reveal trailer is worth a lot less.
Click to expand...
Click to shrink...

It's already worth a lot less anyway since we already know it's an ARMS character.

I’ve only played ARMS during the online test, but this is actually pretty exciting to me since this is a Nintendo IP debut fighter-wise.

I was expecting them to wait until Smash 6.

Oheao said:
It's already worth a lot less anyway since we already know it's an ARMS character.
Click to expand...
Click to shrink...

I'm guessing the next reveal trailer will be a cop-out... lead in with an arms reference, pivot over to fighter #7 who is a fan favorite callback. Especially if it's at the "e3" digital event.

Really happy ARMS is getting representation. Let’s hope it’s Twintelle!!
Now, imagine if the fighter has multiple alts, each one being a character? That would be dope AF. Also, maybe we get an echo as a bonus.
Now that I think about it, if Spring Man is the character, the master rule of AT deconfirming is now broken!
And if it’s Twintelle, the theory that Spirits deconfirm is gone for good too!(also, someone correct me if I’m wrong, but aren’t there Spirits of all the ARMS characters?)

A) I knew that assist trophy/spirit "rule" was bullshit

B) So happy by this pick.

I think Twintelle's ARMs not being her... arms works out in her favor. They don't have to figure out how it'll look when she's picking/using items.

This is pretty ingenious marketing on Nintendo's part since the speculation gets everyone thinking about the entire ARMS cast, which along with the free trial may gave the game a well-deserved second wind.

I should probably give ARMS another chance... maybe they fixed the controls now.
Hopefully this means Wonder-Red has a chance too.

Minmin? Her design is too good to go to waste.

Assuming Arms 2 is in development and the Smash Rep will be Arms 2's protagonist... who of the first game's roster would make the most sense, story-wise? I remember reasing somewhere that Mechanica had some interesting background beats.
(BTW, someone went a bit ahead of themselves and added "She is soon to be a playable fighter in Super Smash Bros. Ultimate" to Dr. Coyle's wiki page lol)

BassForever said:
A new Nintendo first party ip that has sold over 2 million of copies isn’t worthy of Smash Bros? I’m curious what missing ip from Nintendo’s back catalogue you think is more deserving of a rep?
Click to expand...
Click to shrink...

It's not that I think Arms isn't deserving. It's just that I would see it as more of a base roster pick than something to include in a DLC package alongside huge characters like Hero or Banjo. I would say though that there are a bunch of characters that are more popular from Nintendo that have yet to be included: Waluigi (meme I know), Isaac, Skull Kid. Arms sold well, yes, but it hasn't been talked about almost at all since the Switch's launch, and I'm not sure it has the excitement behind it that the other DLC characters did. Even Byleth was from a long running franchise with a large, vocal fanbase and Fire Emblem is a long part of Nintendo's history. In the end, it's not that I think Arms shouldn't be in Smash, it's just a strange pick for DLC and the way they announced this in the middle of a mini Direct with zero fanfare was even more bizzare.
You must log in or register to reply here.
Share:
Facebook Twitter Reddit Pinterest Tumblr WhatsApp Email Link