Thanks to Mazre for the thread title

You're moving to the Valley...

You've inherited your grandfather's old farm plot in Stardew Valley.
Armed with hand-me-down arguments and a few biases, you set out to begin your new Mafia game!

Create the vote of your dreams: Turn your overgrown thoughts into a lively and accurate vote!
Learn to live off the land: Raise arguments, go role fishing, tend to your teammates, craft lies, or do it all! The choice is yours...
Become a part of the local community: Pelican Town is home to 20 residents you can befriend!
Meet someone special: With many townsfolk to date, you may even find someone to have a lunch with!
Explore vast, mysterious tunnels: Encounter danger & heat as you keep following them!​

Hello, and welcome to Pelican Town!

You are Sebastian, the Vanilla Townie. Your only power is to vote (and to die in this sample PM, I guess).

You are aligned with Town and win when all threats against Town have been eliminated.

The game thread is here.
If you have any questions, please send a PM to Dr. Monkey or Pedro.
After reading this message, please reply to it to confirm you received it.

Mentorship program:
For new and returning players who would like some assistance, we offer a mentorship program where a volunteer veteran player can assist you. If you are interested in having a mentor for this game, please contact your gamerunner. For more info, please check the main MafiERA OT.
Last edited: Jan 13, 2020
Rules - IMPORTANT

Mafia, also known as Werewolf, is a famous social deduction game that puts two teams against each other: Town and Mafia. Mafia players know who everyone in their team is, while Town players only know their own alignment. Cut into two ‘Phases’, Day and Night, the game entails Town trying to eliminate the Mafia via discussion and voting while the Mafia are trying to not get caught in order to match or outnumber the Town in order to win.

Interested in joining or learning more? Check out our MafiERA OT!

1. All site-wide rules apply here.
2. Do not use slurs or bigoted language.
3. Unless explicitly told otherwise, players may not discuss this game outside of this thread.
4. Unless explicitly told otherwise, players may not directly quote or post screenshots of any PMs, posts, conversations, or any other type of document that was not made in this thread.
5. Players are allowed to lie, within reason, about any game-related material such as the content of a role PM.
6. Please do not refer to, or discuss, player activity outside of this thread, for the sake of the game’s integrity. This includes discussing circumstances around player replacement.
7. Please respect all of your fellow community members in terms of personhood and accessibility. In this community we require that you respect person’s pronouns and be aware of accessibility when using non-default text (do not change text color unnecessarily and be mindful of small and large fonts’ impact on readability).
8. Failure to adhere to a player’s personal pronoun will result in a public warning. On the second offense that player will be removed from the game.

9. While mafia can be an intense and stressful game, with play becoming heated at times, please try to keep discussion as respectful and congenial as possible. Take a break if you feel heated. If someone is breaking a rule you are encouraged to alert your gamerunner and game watchers. Reports about in-game action and behavior will be handled by them, and the gamerunner will issue final rulings in the event of disagreements.
10. Being overly hostile towards your fellow players is not allowed. If the gamerunner and game watchers find a player has been overly aggressive, action will be taken. First a private warning via PM will be given. Failure to stop the behavior will then result in a public warning and the offender will be given a priority penalty. If these behaviors still continue then that player will be removed from the game.
11. Treat players, gamerunners, and game watchers with respect. Players who are bothered by behavior they perceive as uncomfortable or as targeted aggression should make their positions clear in game as everyone has a different threshold. If a player feels someone has crossed a line they should contact the gamerunner and game watchers, listed in the first post, about the issue.
12. Players should not perform moderator actions in game, including using highlight text outside of voting, or issuing day-end/start commands, or calling for the modkill or replacement of another player. While we understand mafia can be an intense experience, and players may wish to discuss in-game moderation decisions with the gamerunner, once a gamerunner makes a decision, please respect it as final.

13. Players are required to post a minimum of 10 posts per day phase. Failure to adhere to this will result in both a public and a private warning. On the second offense that player will be removed from the game.
14. If a player posts fewer than 5 posts in a day phase without alerting the gamerunner to their absence, they will be removed from the game without a warning.
15. If you are unable to continue playing for whatever reason, please contact your gamerunner.
16. If a replacement is added to the game, they may request the current/upcoming night phase to be extended up-to 48 hours to allow time to catch up.

Death and the Spectator Thread:

21. Once you are dead, you may no longer discuss the game in any manner with any of the remaining players.
22. Once dead, players may have a choice between the spectator thread and the replacement list. PM your gamerunner for more information.

23. Do not edit your posts or hide content in the formatting. Repeat offenders will be removed from the game.
24. If a player is banned or they are replaced due to inactivity they will have the lowest possible priority when signing up for a spot in their next game.
25. Gamerunners reserve the right to add, remove, or modify existing any rules at any point, and enforcement may be applied retrospectively. However, all players will be informed of changes beforehand.
Last edited: Dec 20, 2019
Vote tool, and current majority
OP
OP

Day Start/End links:
Those will be added as threadmarks during the game.

Thanks to Mazre for the thread title!

eta: Oh, you put it in the first post, haha

"I can't wait to get in on next game of Mafia!"

Vincent Alexander said:
"I can't wait to get in on next game of Mafia!"

this is also how I always feel

I'm thinking of all these ways I could improve my play but I know by the end of day 1 I'll fall back into my habits...

Good luck to those of the same (currently unknown) alignment as me!

Aeleus said:
I'm thinking of all these ways I could improve my play but I know by the end of day 1 I'll fall back into my habits...

Good luck to those of the same (currently unknown) alignment as me!
Click to expand...
Click to shrink...


Vincent Alexander said:
"I can't wait to get in on next game of Mafia!"

And yep, I third this, lol.

Glad I'm not the only one, but the good news is that there are no bad guys in Stardew Valley, right?

Good to be back. Even if it is just for a while.

Good luck, players! Remember that Leah is the best!

(Obligatory disclaimer that "Leah is the best" is merely Retro's opinion regarding the characters in the Stardew Valley PC/Switch/Android/etc game and should not be taken as meaning literally anything about the upcoming Mafia game.)

But are the rules really IMPORTANT in all caps important?
OP
OP

weemadarthur said:
But are the rules really IMPORTANT in all caps important?
Click to expand...
Click to shrink...

They're so important, wee, i can't even begin to tell you...
(no, they're the same rules as ever. but it is important to read them!!)

Ya'll better keep your dirty hands off my blueberries. I count them every morning, afternoon and night so I'll know if we got a blueberry thief.

I'm looking for some blueberries to steal, anyone know a good farm I could raid? 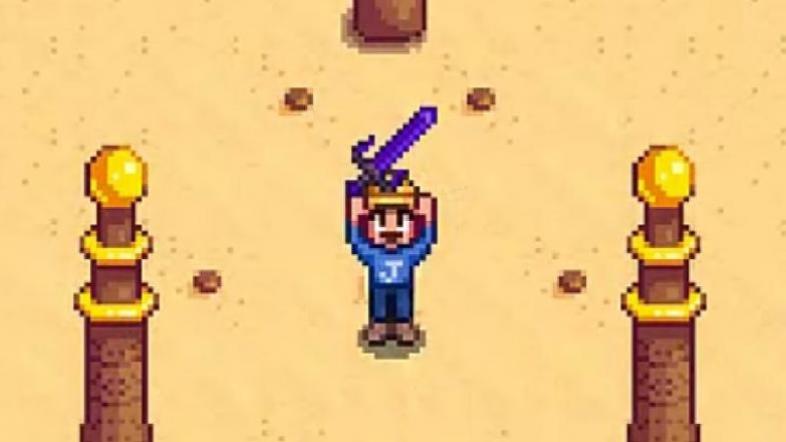 Fantomas said:
I'm looking for some blueberries to steal, anyone know a good farm I could raid?
Click to expand...
Click to shrink...

I hear talk 'round the ranch some feller got the best blueberries you ever set your eyes on. He never counts them neither. Day, afternoon, or night.
OP
OP

It's been a while!

It stands for Jlaw. Wait...I'm not tearable.

Or is that what you want us to think...

Natiko said:
Or is that what you want us to think...
Click to expand...
Click to shrink...

It is absolutely what you think I want you to think

Good to hear the check cleared in time. Sorry you had to swap things around.

Glad to see so many nervous people already, know where my shitvotes are going

I'm here to fuck shit up

Who has failed this valley?

I'm going to go mining for a couple weeks. I need someone to water my crops for me.

All PMs should be out!

Pedro is a genius. I came up with the seed for our descriptions and he really ran with it.

I dont know anything about no dew from stars, somebody gimme some ideas for an avatar.

Also pm received or whatever.

Stantastic said:
I dont know anything about no dew from stars, somebody gimme some ideas for an avatar.

Stantastic said:
I dont know anything about no dew from stars, somebody gimme some ideas for an avatar.
Click to expand...
Click to shrink...

Just for this im making it extra messed

This is the true Christmas gift

Stantastic said:
I dont know anything about no dew from stars, somebody gimme some ideas for an avatar.

I also received my pm

The sacrifice has been invoked.
OP
OP

The Junimos are like the purest beings, I hate this, thank you so much.
OP
OP

~90 minutes until the game begins, y'all! Get your preferred sprinkler layout ready cause you won't have time to water your crops once it gets going.