Pokemon and Fire Emblem, according to representation in Smash Bros. they're the two most popular series.

Tecmo-Koei has handled both Pokemon in the past with the SRPG Pokemon Conquest and have also touched Fire Emblem with Fire Emblem Warriors.

So, why not combine all three? A tactical turn-based RPG featuring Pokemon with some Fire Emblem flourish---obviously I'd nerf permadeath somewhat, if not in gameplay atleast in concept, and I'd probably ease up on the romance shit.

But here's the selling point---the army you collect over the game are based on Gym Leaders and such from the main series, but redesigned to feel more like Fire Emblem characters. They battle with their Pokemon of course rather than fight directly, but can team up with another Trainer and their Pokemon for combination attacks.

Of course I'd have some Fire Emblem lip-service here and there...make the protagonist a younger Marth with a Riolu, as that's the perfect "hero Pokemon", and have Anna and Tiki.

I don't know I really want this.

Pokemon Conquest is pretty much just that. I don't really know why it needs to go further. 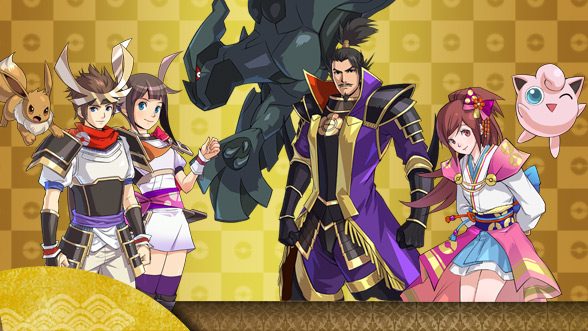 that sounds like it'd just be Conquest 2. I'm not sure if there's enough to differentiate Pokemon FE and Pokemon Conquest with your idea. and I doubt TPC would want to share IPs with another

Well that's something I desperately want in my life that will probably never happen.

Tokyo Mirage Sessions #FE was originally brainstormed as Pokemon X Fire Emblem crossover because the producers felt the two series had enough in common in terms of combat (type weaknesses and the weapon triangle).

I love Fire Emblem, but I don't think it would really bring anything to this collab more than a headache.

How about the main cast are various FE lords, each with their own Pokémon? Corrin could be a Dragon-type trainer, Roy could specialize in Fire-types, etc.

Neiteio said:
How about the main cast are various FE lords, each with their own Pokémon? Corrin could be a Dragon-type trainer, Roy could specialize in Fire-types, etc.
Click to expand...
Click to shrink...

That's good, you could have Fjorm as Ice, Ike as Fighting, and Sigurd as Grass.

I had a similar thought once b/c pokemon & fire emblem do share a lot of characteristics. I might have to look into this Pokemon conquest. I like the ideas in this thread about different characters repping different poekmon types. It's probably a pipe dream, but I would buy this.

Chalphy said:
That's good, you could have Fjorm as Ice, Ike as Fighting, and Sigurd as Grass.
Click to expand...
Click to shrink...

Ishaan said:
Tokyo Mirage Sessions #FE was originally brainstormed as Pokemon X Fire Emblem crossover because the producers felt the two series had enough in common in terms of combat (type weaknesses and the weapon triangle).
Click to expand...
Click to shrink...

Do a Three Houses thing where IntSys designs it, but KT helps out in the same way or even contributes to the design work as well.

I'd fucking love Pokemon Warriors if that could actually work though. Pikachu with a sword?

I sunk a lot of time into Pokemon Conquest. It was a great proof of concept, and I wish it would get a sequel that irons out the kinks and makes it a truly great game.

I'd rather see a Pokemon spinoff with party-based real-time with pause gameplay akin to Baldur's Gate/Pillars of Eternity/etc.

Now that Obsidian is owned by Microsoft, and Microsoft & Nintendo are best buds... make it happen, captain.

they should do a Pokemon x Dead or Alive crossover

I know a fighting game starring Pokemon sounds crazy, but I think it could work

Was I the only one in here thoroughly disappointed in Conquest? I was hyped for Pokemon Fire Emblem, but Conquest was just... bad. I don't remember why I hated it so much, just that it wasn't fun at all.
You must log in or register to reply here.
Share:
Facebook Twitter Reddit Pinterest Tumblr WhatsApp Email Link