This is the full story here:

The Day The Music Burned [NYTM] 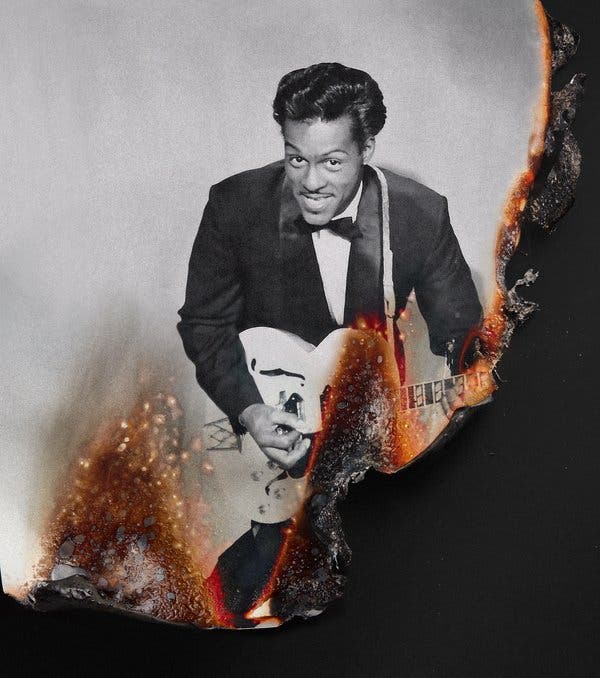 Shortly after the fire broke out, a 50-year-old man named Randy Aronson was awakened by a ringing phone at his home in Canyon Country, Calif., about 30 miles north of Universal City, the unincorporated area of the San Fernando Valley where the studio sits. Aronson had worked on the Universal lot for 25 years. His title was senior director of vault operations at Universal Music Group (UMG). In practice, this meant he spent his days overseeing an archive housed in the video vault. The term “video vault” was in fact a misnomer, or a partial misnomer. About two-thirds of the building was used to store videotapes and film reels, a library controlled by Universal Studios’s parent company, NBCUniversal. But Aronson’s domain was a separate space, a fenced-off area of 2,400 square feet in the southwest corner of the building, lined with 18-foot-high storage shelves. It was a sound-recordings library, the repository of some of the most historically significant material owned by UMG, the world’s largest record company.

Aronson let the phone call go to voice mail, but when he listened to the message, he heard sirens screaming in the background and the frantic voice of a colleague: “The vault is on fire.”
Click to expand...
Click to shrink...

The Times’s report was typical in another way: It contained no mention of a music archive in the devastated warehouse. The confusion was understandable. Universal Studios Hollywood was a movie backlot, not a record-company headquarters. What’s more, a series of mergers and acquisitions had largely severed the ties between Universal’s film and music businesses. In 2004, Universal Studios was purchased by General Electric and merged with G.E.’s television property, NBC, to become NBCUniversal; UMG was cast under separate management, and in 2006 fell wholly under the ownership of Vivendi, the French media conglomerate. When the fire struck in June 2008, UMG was a rent-paying tenant on NBC Universal’s lot.
Click to expand...
Click to shrink...

One of the few journalists to note the existence of the UMG archive was Nikki Finke, the entertainment-industry blogger and gadfly. In a Deadline.com post on the day of the fire, Finke wrote that “1,000’s of original ... recording masters” might have been destroyed in the warehouse, citing an anonymous source. The next day Finke published a “clarification,” quoting an unnamed representative from the record company: “Thankfully, there was little lost from UMG’s vault. A majority of what was formerly stored there was moved earlier this year to our other facilities. Of the small amount that was still there and waiting to be moved, it had already been digitized so the music will still be around for many years to come.” The same day, in the music trade publication Billboard, a UMG spokesperson again pushed back against the idea that thousands of masters were destroyed with a more definitive denial: “We had no loss.”

These reassuring pronouncements concealed a catastrophe. When Randy Aronson stood outside the burning warehouse on June 1, he knew he was witnessing a historic event. “It was like those end-of-the-world-type movies,” Aronson says. “I felt like my planet had been destroyed.”
Click to expand...
Click to shrink...

and then a shortened form of the story here 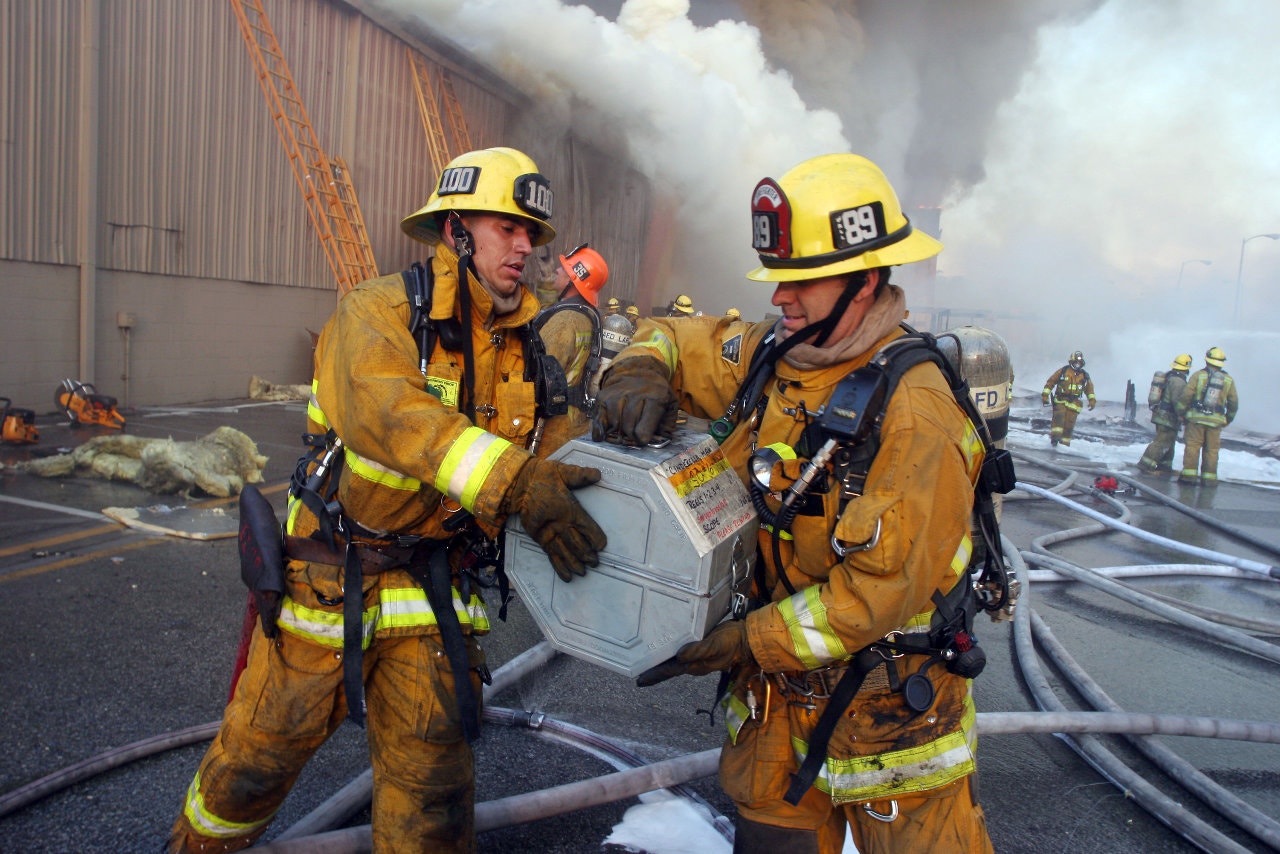 Almost all of the master recordings stored in the vault were destroyed in the fire, including those produced by some of the most famous musicians since the 1940s.

In a confidential report in 2009, Universal Music Group estimated the loss at about 500,000 song titles.

The lost works most likely included masters in the Decca Records collection by Billie Holiday, Louis Armstrong, Duke Ellington, Al Jolson, Bing Crosby, Ella Fitzgerald and Judy Garland. The fire probably also claimed some of Chuck Berry’s greatest recordings, produced for Chess Records, as well as the masters of some of Aretha Franklin’s first appearances on record.
Click to expand...
Click to shrink...

Almost of all of Buddy Holly’s masters were lost, as were most of John Coltrane’s masters in the Impulse Records collection. The fire also claimed numerous hit singles, likely including Bill Haley and His Comets’ “Rock Around the Clock,” Etta James’s “At Last” and the Kingsmen’s “Louie Louie.”

a truly substantial loss to the music world. unfathomable.

Well, I guess at least we have the digital masters for the commercially-released material...
OP
OP

a small bump because this story deserves traction and some anger

"That same June 3 Daily News article included a direct quotation from LoFrumento: “In one sense it was a loss. In another, we were covered,” he said. “It had already been digitized, so the music will still be around for many years.” The claim about digital backups, which was reported by other news outlets, also seems to have been misleading. It is true that UMG’s vault-operations department had begun a digitization initiative, known as the Preservation Project, in late 2004. But company documents, and testimony given by UMG officials in legal proceedings, make clear that the project was modest; records show that at the time of the fire approximately 12,000 tapes, mostly analog multitracks visibly at risk of deterioration, had been transferred to digital storage formats. All of those originals and digital copies were stored in a separate facility in Pennsylvania; they were not the items at issue in the fire. The company’s sweeping assurance that “the music” had been digitized appears to have been pure spin. “The company knew that there would be shock and outrage if people found out the real story,” Aronson says. “They did an outstanding job of keeping it quiet. It’s a secret I’m ashamed to have been a part of.”"
Click to expand...
Click to shrink...

it was all a coverup
OP
OP

Well, I guess at least we have the digital masters for the commercially-released material...
Click to expand...
Click to shrink...

but not for everything. outtakes, early demos of album songs and songs that never made it onto a record are just gone now.

Read this at work this morning. Absolutely crazy how much was lost.

I read this earlier and its devastating.

The gall of UMG to try and hide this from estates is stunning. If I were handling the estate of anyone signed to or retroactively signed to UMG, I'd be raising hell. All that music lost...

The amount of important music lost by this is staggering, reading down the list of artists made me feel sick.

Just the loss of the Chuck Berry masters alone is a full on tragedy, but it gets so much worse from there.

Some interesting notes coming from this story now


I'll try and peruse for some more. R.E.M. and Hole are also trying to figure out just what was lost from their catalogue as well


It definitely throws a huge wrench into these "Mastered From The Original Tapes" vinyl sets that have been released since 2008.

I hope Universal gets utterly eviscerated by the amount of estates the company knowingly fucked.
OP
OP

wenis said:
Krist Novoselic on being asked if the In Utero masters are missing

It's insane that they thought they could cover it up, and are even now acting like it isn't a big deal because you can still buy their stupid mp3s on itunes.

It’s crazy how bad that fire was. Things could have been a lot worse too since thousands of people go to Universal Studios Hollywood daily. So thankfully it happened before the park opened.

Also, it still bums me out we lost the King Kong ride. Now we have the shitty 3d screen “ride”.

Update: The Times has found that almost 700 artists had masters of their work destroyed in the fire.

what an incredible loss.
OP
OP

The singer told the BBC "all her masters" were destroyed when an archive in Los Angeles burnt down in 2008.

She only discovered the loss this month, after her name was mentioned in a New York Times report that uncovered the extent of the damage.
"It absolutely grieves me," said Crow. "It feels a little apocalyptic.

"I can't understand, first and foremost, how you could store anything in a vault that didn't have sprinklers.

"And secondly, I can't understand how you could make safeties [back-up copies] and have them in the same vault. I mean, what's the point?

I wonder if there's a level of insurance fraud with this cover-up? there's gotta be a reason why UMG fought so hard to keep this hidden for so long.

Oh wow. That’s a lot of potential money lost due to sheer incompetence. The cover-up seems to be the real criminal act here, especially if UMG knowingly misled artists.

It worries me what other Masters were lost in the fire.

worst part isn't all that was lost, worst part is no one said anything in over a decade about it. We've increasingly been pushing to preserve as much as possible since the 1970s, did they think no one would eventually figure this out?

torre_avenue said:
Some notable ones:

No, not Puddle of Mudd!

Seriously, though. This is an insane story.

Dishwalla said:
worst part isn't all that was lost, worst part is no one said anything in over a decade about it. We've increasingly been pushing to preserve as much as possible since the 1970s, did they think no one would eventually figure this out?
Click to expand...
Click to shrink...

If you’re an executive its best to kick the ball down the line and hope for that when the story breaks you’ve moved onto the next company and thus not your problem or have accumulated a big enough golden parachute to make the fall sweet.

People love trotting out shareholders but ultimately there’s really nothing to force corporations to do the right thing for society or even the capitalists that invest in them the way the system is set up. You might as well always chose the 100% morally wrong, but not painful at all choice when you’re a CEO

Damn, and I thought just losing the sets and King Kong was bad...
OP
OP

Dishwalla said:
worst part isn't all that was lost, worst part is no one said anything in over a decade about it. We've increasingly been pushing to preserve as much as possible since the 1970s, did they think no one would eventually figure this out?
Click to expand...
Click to shrink...

for awhile there no one was really asking. the only people who knew some of the story were those that would have access to these masters on a professional level (record engineers, masterers and anyone who would request them for re-release and reissuing on vinyl).

I know the record labels will probably never have to answer for all of these misleading "re-mastered from the original masters" releases since after the fire, but they should.

This is a really fucked up story and it's crazy that they covered it up for 10 years. I remember that fire, and everyone thought the worst thing that was lost was a portion of the Back To The Future set. Why they didn't duplicate or at least digitize them, I'll never know (hint: $$$). I see Tupac on the list and have to imagine there's some unreleased stuff that's just gone forever.

Peter Buck was on this week's R U Talkin' REM RE ME and the Scotts asked him about whether masters had been lost. He's pretty sure that nothing's been lost as the masters are with the band.

I remember this story and relieved at the time that the losses were largely mitigated... How arrogant did they have to be think think this wouldn't come out? Sue them into oblivion.