There Are Stories About What Happened... (Let's us share and bond once more before the end)

I intended to wait a day more before this thread, but the RT score reveal has forced me to create it now.

Four years ago the greatest trailer ever released in cinematic history was dropped upon us and the promise of new stories in a galaxy far, far away was revealed to us. Now, we stand on the edge of this trilogy's conclusion. An ending that seemingly brings with it trepidation, fear, and concern. But, let us forget about that for now. Lets not squabble over mistakes and disappointments. Instead, let's look back upon this trilogy and recall our love of the franchise. Let's use this thread before the end to talk about our initial hopes for the Sequel Trilogy and our favorite moments within it. Don't stink up the thread with a bunch of complaints, fill it with your love of the franchise.

When you saw that trailer, what did you feel? What did you think you would see? When the Han & Leia track kicked in what was your reaction? What were the moments in this trilogy that resonated with you?

For me, the trailer filled my head with endless possibilities. And, the potential for a black lead becoming a Jedi was enticing. As for the trilogy itself, this was a moment that solidified what SW was about: 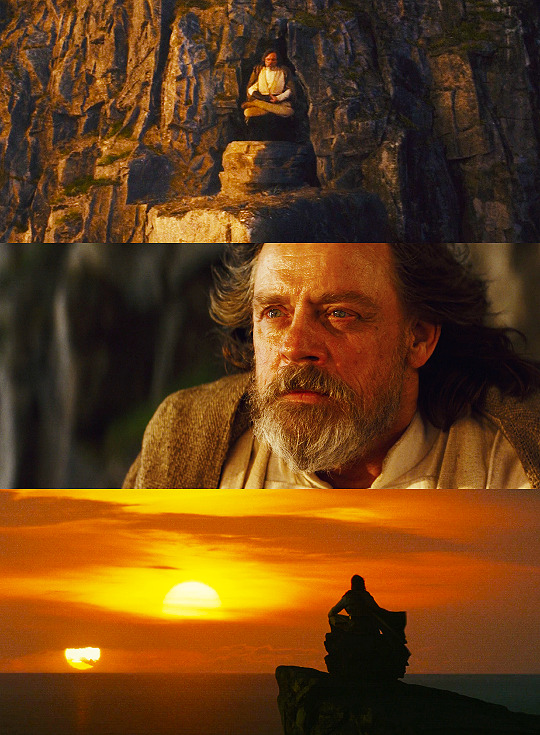 It just couldn't get more beautiful and poetic than that.

I had already read all the leaks for TFA so I knew everything about the movie when this trailer dropped but yeah, it's very epic and TLJ also had an incredible GOAT trailer.

I thought "Yeah that trailer confirms those spoilers I've read".

Never been a fan of TFA.

I do remember the slow pan across the mountainous desert, only to realize it wasn't a mountain at all but a derelict Star Destroyer. That one shot meant so many things to me all at once. The recognition of the familiar and the exciting potential of the new.

That is a really good trailer. Watching it now made me excited for the Force Awakens all over again.

"It's true...all of it" and the scenes are what makes this probably the most goosebump-inducing trailer of all time. Absolutely amazing.

Absolutely the best trailer of all time!

Fuck this was SO hype holy shit.

This shot was fucking great

Yeah that is hype as fuck isn't it

It had its moments. TLJ was even quite good. But all I can think now when I watch the TFA trailer is that, while it's a great trailer still, that it just mostly contains elements from the prior trilogy with nothing much new. And then I get a bit excited with the music, but then it ends on the hilarious misdirection with Finn, a character so wasted it almost makes Jar Jar look like a masterpiece. So I can't love it anymore despite it being a good trailer

GREAT trailer. But in the end for a myriad of reasons, TFA didn't quite live up to it.

They fucking baited us and I’ll never forgive them for it.

That said, I’ve enjoyed this era of Star Wars more than the previous one, and I think the movies are better than the OT (which I’ve always liked, but never been all that high on). I’m ready for us to be done with the Skywalkers and move on, though. This franchise has so much storytelling potential, but it’s been hamstrung by remaining in the same closed narrative loop for decades.

Time to branch out.

The prequel vs sequel saga will be a debate to witness. Seems like fans hate both equally.

Did you see all the sources for ANH too?

Is this is a star wars thread It’s criminal we never got a full track of the heavy Force theme in the trailer.

Yeah I was hyped hoping we’d get co-protagonists like Max/Furiosa being Jedi. More importantly it was showing LF coming at the trilogy from a new viewpoint and that they were committed tohaving the biggest Sci-fi IP being a massively diverse cast.

I should’ve known better that minorities only get to play window dressing and stepping stones for the actual heroes in Star Wars movies.

Every time I see gif from fights in movies, there's always weird things.
Why are the guards on the left running in circle

Do you really believe that?

Stabi said:
Every time I see gif from fights in movies, there's always weird things.
Why are the guards on the left running in circle
Click to expand...
Click to shrink...

I'm more bitter than usual because one of my racist relatives enjoys what they did to Finn across the saga. She hated him when he showed a shred of competency, but now she says she can laugh at him because he is just another bumbling black idiot. Great job Disney :/
OP
OP

Let's keep the thread positive, but that's not hard to believe. Jar-Jar was always presented as a joke. Finn was marketed as if he'd be a new Jedi. Thus, he's wasted far more than Jar-Jar who no one expecting anything from.

This can be talked about in the Star Wars OT