Ubisoft apologize for Watchdogs AD that was be seen as supporting Hong Kong protesters. (Possibly after backslash from mainland China)

On June 13, massive Hong Kong citizens (reportedly 1 million) took it to the street to protest a bill that would allow criminal extraction from HK to Beijing. They collided with police who deployed teargas and rubber bullets. Here is the story on BBC and CNN.

Ubisoft on the same date released this AD for Watchdogs Legion on Facebook, both in English and in Chinese, with slightly different wording. (translation mine) 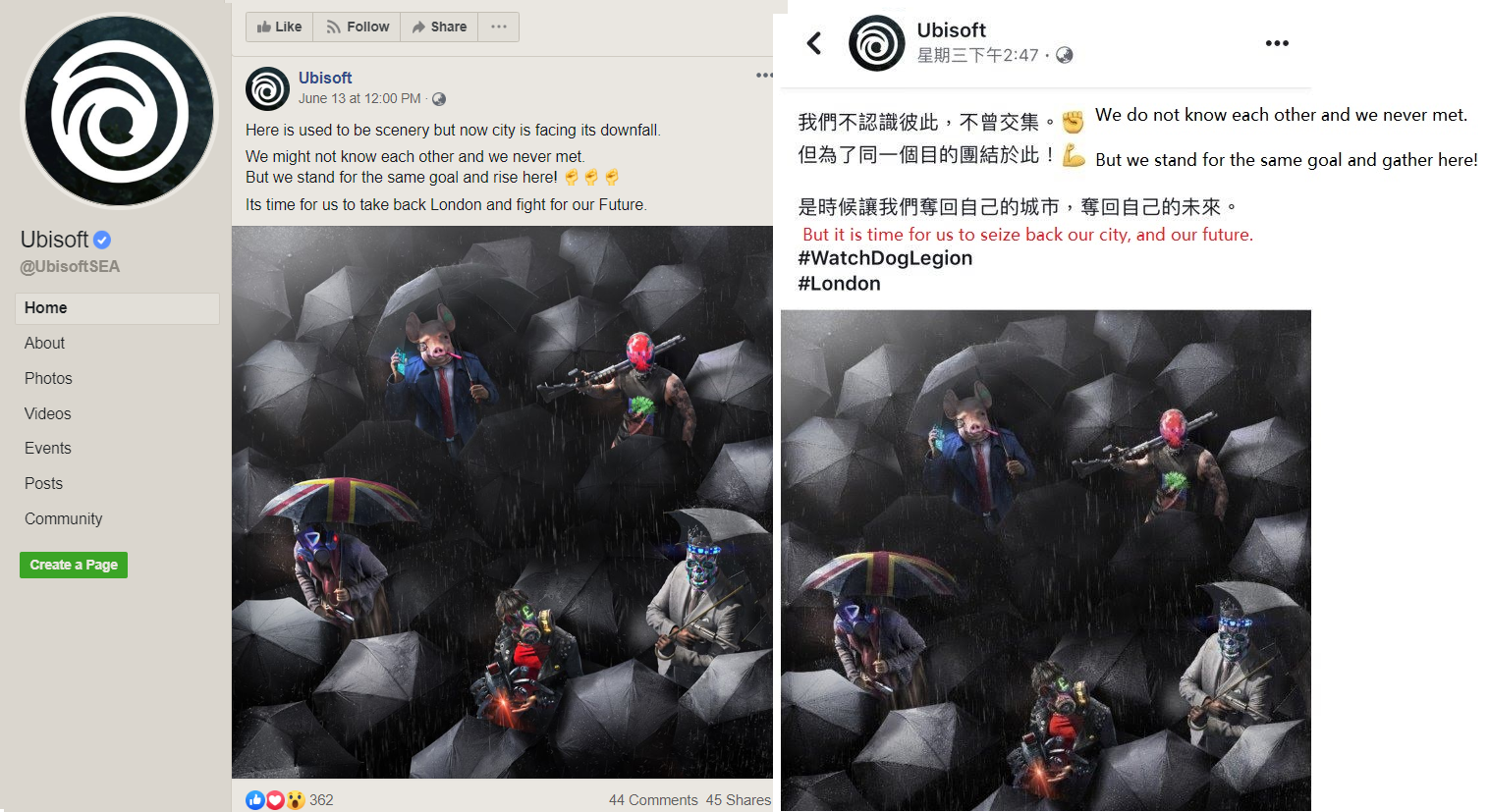 The AD could be viewed as supporting HK movement is because of the date, wording, and most importantly, the umbrellas. Since the Umbrella Movement (https://en.wikipedia.org/wiki/Umbrella_Movement) in 2014 where protestors all used umbrellas to defend against both rain and teargas canisters, umbrella has become a symbol for civil movement, especially against pressure from Beijing. 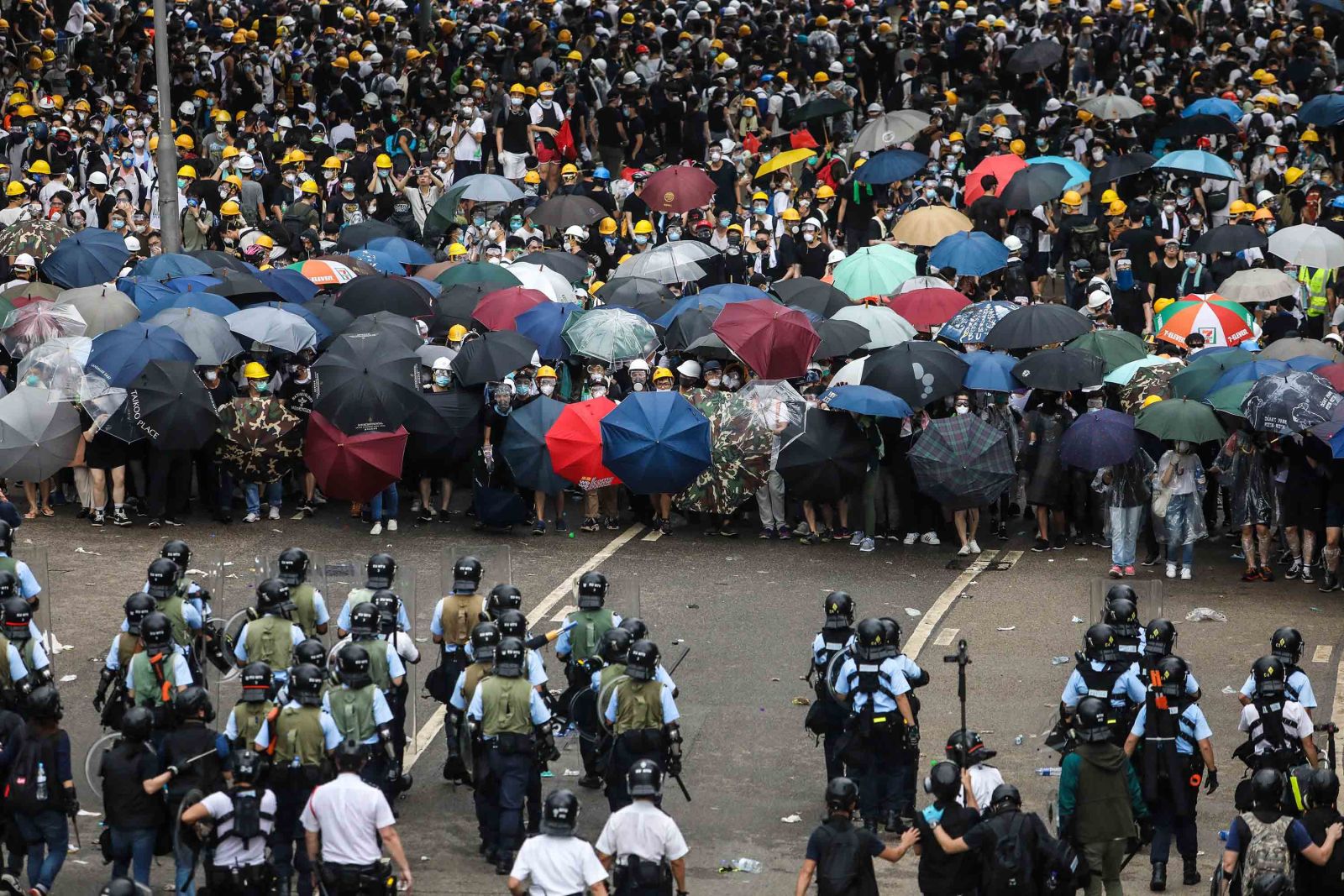 The Facebook Ad was distributed by Chinese Weibo users and gamers, and in the comments, they condemn the Ad for having the wrong opinion, call for boycott and firing the community manager who posted the AD because "official account should not express political opinions". Most of them were quickly censored because the whole HK incident is censored on Chinese social media. Here are some highly voted weibo. (Translation mine) 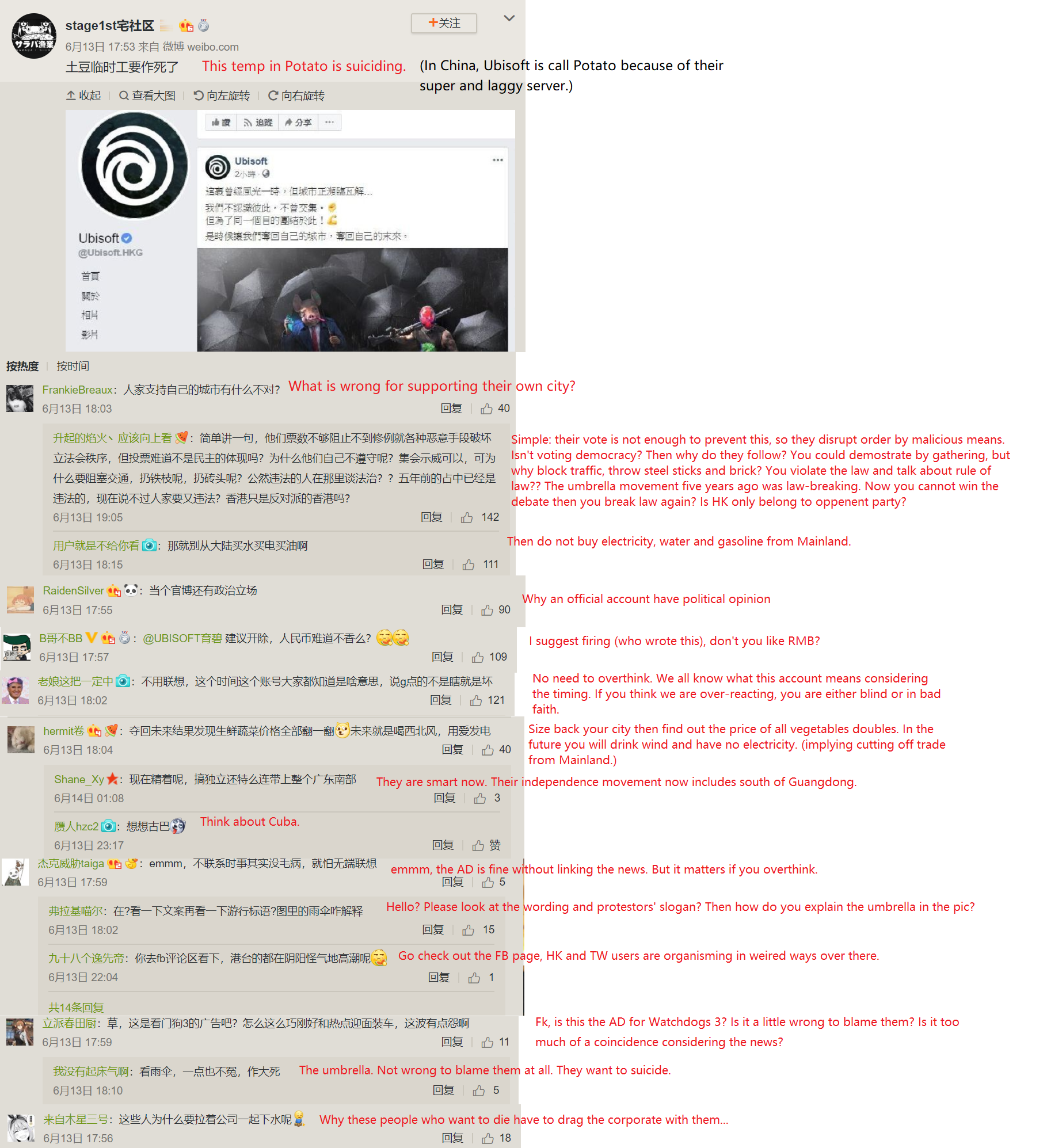 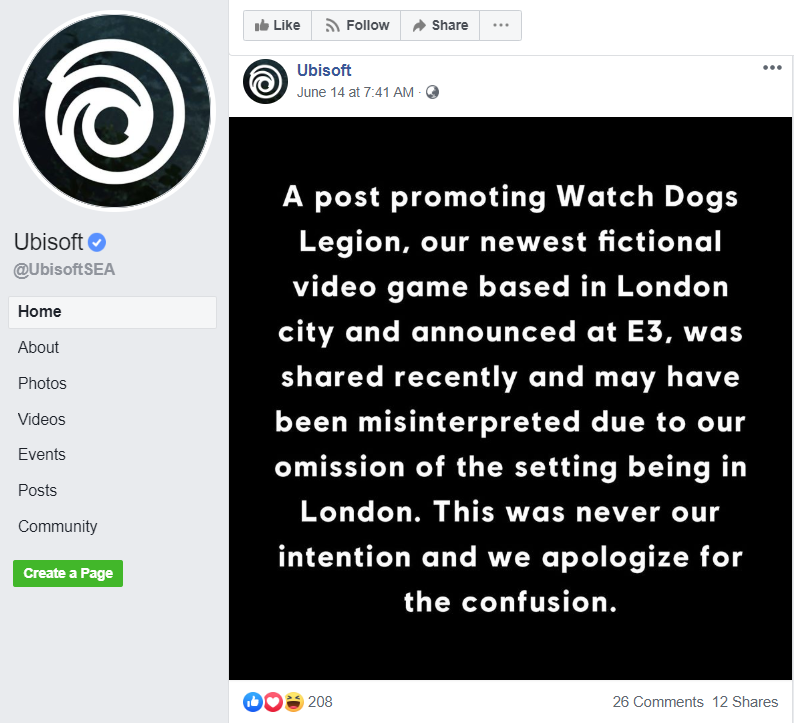 Ubisoft has no backbone.

They shouldn't have apologized for this. It's incredibly disappointing that they did, and to be real, it totally undermines the game itself. Which is super shitty of them.

Imagine accidentally doing something admirable and deciding it's best to apologize for it. What the umbrella movement has been fighting for is a very worthy cause.

lol Ubisoft's people have spines made of dust.

Man what the fuck is it with Ubisoft?

Sure we heard the whole "both sides/boogie shit" but to bend this far?


Shame on you Ubisoft. Truly.

A bunch of damn cowards falling back instead of doing whats right.

And so, in saying that they wish to remain apolitical in this instance, they have made yet another political statement, except this one's much worse.

Being this cowardly about this situation is a politlcal statement Ubisoft.

Rukumouru said:
And so, in saying that they wish to remain apolitical in this instance, they have made yet another political statement, except this one's much worse.
Click to expand...
Click to shrink...

Fucking cowards. This reminds me of how Steam refused to stand up for the Devotion devs and their organised harassment by Chinese steam accounts and the Chinese government.

lol this makes the games co-opting of "resistance" look even lamer.

Stuff like this makes me not want to support Ubisoft. I wish they would grow a backbone when it comes to taking a stand against outright limitations of people's freedom.

YaBish said:
lol this makes the games co-opting of "resistance" look even lamer.
Click to expand...
Click to shrink...

It's very easy to put messages you don't stand for

They could've just not said anything and it would leave it open to interpretation. They just chose a side and it isn't the right one.

Welcome to the apolitical resistance Ubisoft.

As much as Ubisoft has improved over the years, I can’t help but be disappointed that they are so afraid to stand up for what clearly is right and what they seem to believe in but have no backbone to fight for

The west needs to make consenting to China's bullshit more painful than losing that market, otherwise China will continue to use it's economy as bait to entice foreign investment with the condition of looking the other way as those investments are used to oppress their population.

The contrast between their games and what they have been saying on social/to the press is leaving such a bad taste in my mouth.

If you don't want to comment, upset anyone, with your game then stop window dressing (although, in almost of their games its WAY more than that) it with whatever bullshit real people/with real lives are dealing with. It's bullshit.

That’s the most Ubisoft thing that’s ever happened. Especially hilarious in the wake of the watchdogs reveal.

this backdown seems rather incongruent to the themes of Watchdogs Legion

Move out Rayman and Ezio, Boogie is going to be the new mascot of Ubisoft

Isn't Watchdogs a series about playing as rebellious hackers?

I assume they plan to earn money on the Chinese market. China enjoys to flex a bit with games and companies that don’t fit some of their politics, so this is no surprise.

Ubisoft is an apt name for the company. They're soft alright

Who needs integrity when you can bow to the Chinese government

Apologize to the PRC? Why? Fuck them. They're pure evil and if their defenders (blind sheep or paid shills) are upset then too bad.

Is because of Tencent that’s why. Don’t bite the hand that feeds you.

I mean, yeah, isnt Tencent a big shareholder of Ubisoft

So cowardly to apologize, very disappointed. The entire point of the game is to go against an authoritarian government.

I remember when Ubisoft said they didn't make political games

Could this watchdogs game even be sold in China?

Doesn't Tencent only own 5% of Ubisoft? I wouldn't think they'd have a ton of influence with such a small percentage of ownership.

Give them a break, they are just here for the games. Can't we just focus on the games? /s

Man fuck you Ubisoft. Isn't the game about fighting back against what kinda place China is? Spineless fucks.

The Chinese government can start protesting when they close their open air prison camp for Uighurs.