What memories do you have about Don Mattrick introducing Xbox One?

I remember a vcr with a camera spying on me that wad white for some reason.

Nothing besides hating everything I saw.
and Kojima was there.

MilesQ said:
As MS is with most things, they were ahead of the curve with the TV/Sports stuff.
Click to expand...
Click to shrink...

I do miss using my Xbox One as the cable box. It had a nice interface and was super convenient. But I don't use cable anymore

I remember an exec on stage demoing the new Kinect to watch TV and every time he gave it a voice command his hand shot into his pocket, which I assumed was to hit a remote control button. I also remember thinking after that initial unveiling that I'd be switching to PS4 next gen.

I felt gaming was heading in a direction I wouldn't follow, the games themselves were so boring too.

Submarines. My jaw was on the floor. The condescension and lack of self-awareness was just staggering.

Part of the industry was convinced that traditional consoles was a thing of the past and Microsoft adopted that mentality out of fear. As we all know it cost them dearly.

I remember it being hilarious. They somehow fucked themselves so hard that it retroactively made sony's ps4 reveal from months earlier a gold standard.


Komo said:
And the best part. None of that shit was available on sony's end either. Because both had opted into doing this, but sony cut out the entire thing from their system, and presentation after Xbox's Conference
Click to expand...
Click to shrink...

No, Sony never even planned on always online, it's just what everybody assumed they would after xbox did it.


It's still baffling how bad MS screwed up the launch of the Xbone.

I disliked Don Mattrick ever since the Kinect days. His vision just didn't gel with my desires. I stopped using my 360 when Kinect landed and the 360 core content started to dry up. It was pretty shocking to see him double down on the casual market in such a way with the XB1 reveal and overall vision. What a blunder.

Something about working a submarine and the dude to stick with an XBox 360. Masterful marketing.

His smug face during interviews about BC.

I've watched a couple of the old E3s with Don Mattrick as well as the Xbox One reveal, and it seemed like he was the typical smarmy businessman. Like he didn't know what he was selling, nor did he care, that sort of vibe.

It was funny that one of the first pieces of gameplay for the new console was wireframe Fifa and Call of Duty, 2 games that were also coming to Playstation. Like, at least Sony started off with Knack and Killzone Shadowfall which were unique to their system.

NeoZeedeater said:
It just reminds me of this picture used a lot after the deserved backlash. 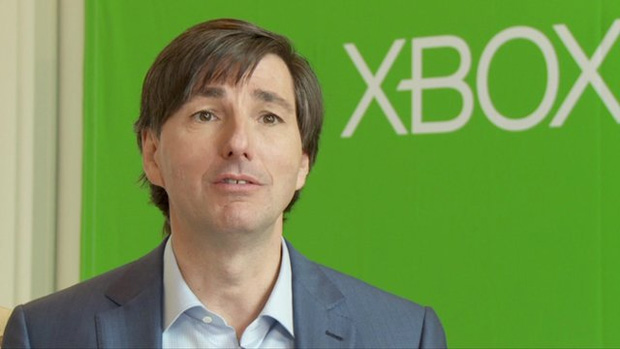 ToadPacShakur said:
I do miss using my Xbox One as the cable box. It had a nice interface and was super convenient. But I don't use cable anymore

They had plans for IPTV on X1 but shut it all down.

They were even planning a lot of original shows similar to Netflix, Amazon, etc but that was all wiped away too.

Remember when some sites tried to sell the HDMI input as some revolutionary game changer?

TIL Adam Orth likes to be called Sweet Billy. WTF

You know what? I thought it looked like a cool idea the controlling the TV stuff.
I also thought with a Kinect in every box then it would see its potential.
Launch games didn't bother me because only an idiot buys a console in year one.
And a year after both launched I bought a PS4

The cold misdirection of telling people who didn't agree with Xbox One's vision to go to get an xbox 360 stuck with me personally. Just the tone deafness of it all was astounding.

funky said:
Remember when some sites tried to sell the HDMI input as some revolutionary game changer?
Click to expand...
Click to shrink...

I was super excited to be able to use my XB1 as an OTA DVR, and it never happened.

I've spoken to someone who was working indirectly with that group at the time, and supposedly they had it up and running and pretty much ready for release and it was decided to shelve it because they didn't want to project more non-game related upgrades.

Came for this gif. Thread delivered.

I felt alienated by all the talk about TV and sports. It really seemed like a console designed for the US market and no one else.

The craziest thing is there’s some nutty people out there who don’t like what Phil Spencer is currently doing and long for the days of ‘Donny D’.

That dude is still in the industry too. I believe he makes VR games.

I thought it was going to work just like the paid online fee. There was even harder boosting for this, but thank god it wasn't enough.

At the time I thought it was interesting, not quite was I was expecting, but seemed good enough. The E3 showing was better, and I was on-board with most of the ideas and willing to give it a shot.

I ended up only disappointed with the relative lack of power in the original Xbox One, but even then it did pretty much everything I needed it to do until the X came out some years later.

I feel like a lot of the ideas were great, just too soon.. people didn't know they wanted so much digital stuff. Meh.

I remember a few things.

Firstly, being puzzled at how they managed to fuck up so totally in so many different ways despite virtually everything having leaked beforehand and despite Microsoft knowing, with absolute certainty, that the internet hated their plans. Before the reveal, when it became obvious that they really were so utterly fucking stupid that they were going to require internet check-ins to run your own discs, the only defence Xbox fans mounted was that the idea was so stupid that it couldn't possibly be true. The specs were puzzling as well - it took a while before the exact difference could be nailed down, but it was quickly obvious that there was going to be a noticeable difference in Sony's favour.

Secondly, just a total disconnect from the Xbox brand, the most jarring decision being the one to shove an expensive motion camera into every box just because Kinect sold well for a few years. The reveal wasn't just US-centric, it was a showcase of a product that made it clear that during the design phase, nobody had given a moment's thought to the world outside the US. From TV integration that literally couldn't work in more than a few countries, to a snap mode made by people who forgot that 50Hz was still the broadcast standard for most of the world, to the stultifying stupid idea of splitting up European launch dates between countries.

Thirdly, amazement as the whole mess dragged on for a month. From reveal in May to an E3 where they knew that they had to address the criticisms but did not even make the slightest effort to do so, to the point a week after E3 where someone finally made them begin to realise how stupid they were being and that they had to back down. Even then they only fixed the disc-locking, forced internet checks and per-country region locks - they still did nothing about Kinect or the staggered European launch.

Starfire22 said:
The always on DRM and not being able to (at that time) trade games and play used games rubbed me the wrong way.

I will never forget the Sony response to this.

I just remember Don Mattrick's Xbox reign being a shitshow from beginning to end.

something about "Xbox One will be the new water cooler"

Was waiting for this gif.

Was waiting for this gif.

What's darkly amusing is that everyone also remembers the 'always online' focus from this and subsequently praised Sony.

It was a smart move sure, but this gen saw the real push of pretty much mandatory, regular and huge patches - not to mention some physical discs just being a gateway to a download.

Sure you can in theory use your PS4 offline whenever you want, but in practice if you want Day 1 patches et al, you're pretty fucked. It was such an unforced error by MS to push this when I imagine a high percentage of their (and Sony's) user base are always online by choice anyway

I was wondering when this would pop up lol. Good times. I remember someone asking on that old site if the vid playing was real

At this point it feels like a strange alterate reality.