Who did the most damage of the last 6 Republican Presidents?

RDreamer said:
Yeah, but what they learned from the Nixon failure was how to weasel out of it. Roger Ailes largely built Fox News as a response to the media painting Nixon as so terrible he had to resign. He wanted a propaganda network so that would never happen again. And it worked.

The party kept building the party on top of Nixon's ideas. That's what the southern strategy is.
Click to expand...
Click to shrink...

Good point on Fox News and the Republican propaganda machine. It was a Nixon era propaganda strategy that Ailes implemented. It pretty much enabled all of this horrible stuff to persist for generations, and get progressively worse. It created the Republican cult we see today.

Basically, most of the bad things in our modern America were born during his presidency.
Click to expand...
Click to shrink...

This is what I’ve been lead to believe. He set us upon this path.

Even up till Reagan's presidency worldwide politicians were regarded as leaders with everything revolving around them. Same for France, Germany and UK.

This trend began to change in the 90s , with politics becoming less and less revolving around one leader. In that sense GW Bush had to be one of the most indecisive presidents ever, perhaps the only one totally overshadowed by his staff who were far more experienced and influential than him. Trump has far more control, but he does not even want staff better than him in the office. In order to judge Trump, better wait for the election results. With a second term, he may surpass GW Bush too.

lmcfigs said:
It’s easily George W Bush. The way he was elected, the way our brains collectively broke after 9/11, the big brother authoritarian surveillance he set up, normalizing never ending wars and torture, etc.
Click to expand...
Click to shrink...

tbh that trend started with B.Clinton's scandals, distracting the public from the main national, economical and international issues. This brought shame to American politics as well.

Either Reagan or W, Trump doesn;t even compare.

Gigglepoo said:
Nixon was kicked out of office. He was so terrible that people had to admit he was terrible. He's officially, unequivocally terrible. That kind of terrible can be learned from. But the terribleness of Reagan, who is still touted as an American hero? That's much worse. Instead of learning from his failures, the party built its platform right on top of his cancerous ideas.
Click to expand...
Click to shrink...

Homie was a crook, but not a single Republican on this list did a fraction of the amount of good as his agenda did.

Bush was a murderer who embodied the worst of imperialism and nationalism, yes, even worse nationalism then Trump. Bush's imperialism was a symptom of nationalism. Unless trump starts a war, which I doubt he will, it's Bush.

The fact that Trump is winning this shows how many people just view them as brown people "over there". Its GWB and not even close

I picked Reagan simply due to his "The nine most terrifying words in the English language are: I'm from the Government, and I'm here to help" line.

The reason we can't get big things accomplished anymore is bc of this. One major polictical party and more than 50% of the country believes the govt giving everyone healthcare is bad bc he planted the seeds of the govt being evil and not trustworthy.

No one has devalued the office of the presidency, mocked the Patriotism of veterans, demeaned the United States intelligence community, dismantled the effectiveness of the free press, infantilized the checks and balances of Congress, caused greater division among citizens, spread more disinformation, encited as much hate and fear and racism, lowered general discourse as low, trampled as much over the US constitution, distanced the US so far from Western allies, and generally made the United States of America so...small...in the eyes of the world than Donald Trump.

No one on that list has done so much (in 3 years no less)...it’s not even close. I really don’t think it will ever get back to where it was, that’s how much damage has been done and how much discourse and the way we view things have eroded.

This is worst so far.

Reagan is the worst in terms of the precedent he set for future Republican presidents, and Trump could have potentially been the worst if he were elected under slightly different global socioeconomic conditions (if Trump were in office in 2000 instead of 2016 he could have been just as bad if not worse than GWB).

Toss up between Bush Jr. and Reagan for international and domestic issues respectively. Trump has potential to be the most damaging along both lines if we don't manage to get him out of office this November, though.

People need to remember that it was Reagan that started the trend of Republican candidates secretly soliciting aid to win their elections. Reagan was involved with the Iran hostage crisis that sank Carter's presidency.

The knee jerk reaction may be Trump or George W, but the answer is Reagan.

Obligatory "Reagan In A Nutshell"

Almost every bullet point is something awful.

Reagan is the root cause of all the rest. It's obviously him.

Reagan only supported gun control after the Black Panthers armed themselves and marched into the CA state Capitol.

I'd vote for W until Trump starts Civil War II. Personally, I'd give us one chance in three.

Trump's cultural impact has been underestimated because it's in the present, but I'm afraid that the US won't entirely recover from his presidency.

SquirrelSr said:
People need to remember that it was Reagan that started the trend of Republican candidates secretly soliciting aid to win their elections. Reagan was involved with the Iran hostage crisis that sank Carter's presidency.
Click to expand...
Click to shrink...

Nixon went through back channels to the South Vietnamese government to get them to not attend peace talks with the North so that Democrats would not have a peace deal, tentative as it might have turned out to be, to tout during the election. He actively kept our soldiers at war to bolster his election chances. He told the South Vietnamese that they'd get a far better deal under his presidency.

They were both utterly corrupt pieces of shit.

It’s got to be W. Bush for the Iraq war, right? Though Reagan is certainly up there too. Trump’s solidly in 3rd.

They're all terrible, especially from a third world perspective, like all American presidents since WWII

You don't have GWB or Trump without the damage Reagan and his ilk caused.

It's Reagan by a mile.

I think the correct answer was Reagan, but now on 3.26.2020, trump got a grand case not just for recent R’s but for all time.

I voted Trump, but now maybe think Nixon. If he didn't betray the trust of the American people, there may not have been such a cynical view of the government that led to the rise of Reagan, Bush, or Trump. 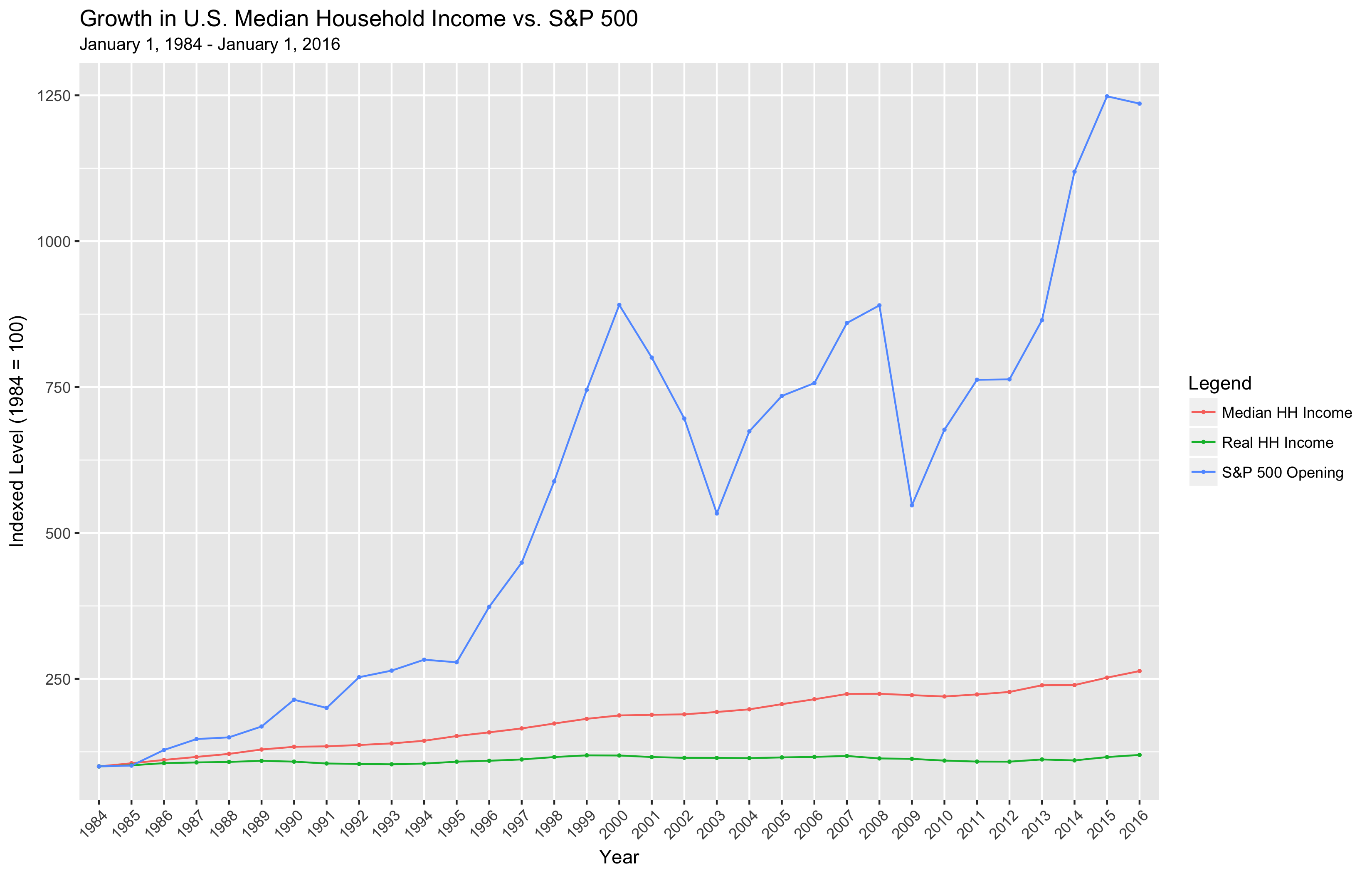 I'd say Reagan. His success has made the Republican Party what it is today.

It's so mind boggling to picture how he was and still is so beloved.

lmao this was a very relevant thread bump. My vote was Reagan with W Bush as the runner up but holy shit Trump with the last second comeback to stay in the race

Overall it was Reagan.

Bush (W) might have done the most damage to other countries.

And Trump probably is the worst for minorities (and best for Neo Nazis and white nationalists).

All I know is if you gave me a time machine I'd kidnap baby Reagan, Goldwater, JBS, Roger Ailes and send them to another country (Iceland) so they never rose to power in America in the capacities that they did.

bionic77 said:
And Trump probably is the worst for minorities (and best for Neo Nazis and white nationalists).
Click to expand...
Click to shrink...

Reagan is still in the running there as well.

George W. Hundreds of thousands dead or seriously injured because of his Iraq war with just about as much corruption as Trump's administration.

Would've probably said Reagen before this month, now I don't know. Trump was already fast approaching, now his mishandling of the coronavirus puts him in a class of his own. Dude literally has the country's fate in doubt and would gladly get us all killed if it meant his re-election.

It's still Reagan, if only for the AIDS deaths.

Trump. He also comes with his god awful cabinet picks. All a bunch of greedy grifters.

Though I did vote for Reagan, we're not even halfway through Trump's reign of terror.
He's a lock for reelection with Democrats eating themselves over Biden (like Trump) being a rapist.
We've also had more time to appreciate the damage from Reagan. Trump letting agencies rot will probably have huge, unforeseen downstream effects.

Trump. And we're only the season finale of term 1 titled "Recession".

While I think Reagan did a lot to pretty much undermine everyone who wasn't rich or a corporation, George W. literally threw parts of the world into chaos for decades now, leading to the loss of countless lives. He and his administration made a kaleidoscope of bad decisions that kept compounding. We're still dealing with those failures now.

It's between reagan and dubya.

Nixon implemented the Southern Strategy, which created the Solid South. Reagan has Nixon to thank for his "legacy."

Since Reagan both Republicans and Democrats have tried to uphold his vision for America and emulated him during campaigns.