Welcome, everyone, to the seventh Xbox Studios OT, where the only awards we need are the ones for the hottest takes and edgiest quips.

Y'all know what this is. No need to waste any more time now.

Originally founded in 2010 as Zipline Studios, The Coalition went through two more rebrandings—the first as Microsoft Studios Vancouver, and the second as Black Tusk Studios—before becoming Microsoft's dedicated Gears of War studio after the acquisition of the IP in early 2014. Here's some info:

Founded in 2001, apparently due to a lack of simulation racing games present on the Original Xbox, Turn 10 rose to prominence as the Forza Motorsport franchise grew into the tentpole it is today, further expanding in 2012 with the Forza Horizon franchise, developed by Playground Games. Here's some info:

Founded in 1985 by the Stamper brothers, Rareware—as it was then called—focused almost exclusively on development for Nintendo systems, until Microsoft acquired the company in 2002 and shifted their focus to Xbox, changing their name to Rare in the process. Here's some info:

Founded in 2009 by game developer Markus Persson, Mojang was built around and catered to the development of the modern gaming phenomenon Minecraft. The studio was later acquired by Microsoft in 2014, and still largely focuses on the management and development of the Minecraft IP. Here's some info:

Established in 2010 by a large group of former racing developers from some of the best studios in the industry, Playground Games pioneered the breakout hit spinoff franchise Forza Horizon, and continues to maintain that series into its fourth iteration, as well as focuses on other projects.

Originally founded in 2000 as Just Add Monsters, the studio was rebranded as Ninja Theory in 2004 during the development of Heavenly Sword. Comprised of action game experts and a storied history in gaming, Ninja Theory is one of the leaders of action-heavy games and setpiece design.

Founded in 2018, and headed up by Darrell Gallagher, The Initiative is a brand new studio operating out of Santa Monica, California, dedicated to working on brand new AAA games for Microsoft Studios.

Founded in 2009 by Jeff Strain, Undead Labs operated on a laser-guided focus on zombie-based games. Their first game, State of Decay (360), was a smash Xbox Live Arcade hit. Acquired in 2018, Undead Labs remains committed to bringing out the best in zombie-related games, and potentially other projects as well.

Founded in 2009 by Guillaume Provost in Montreal, Compulsion Games is comprised of various developers from Valve to Ubisoft, and focuses on story-driven games with weird twists.

Founded in 2003 by ex-Black Isle employees, Obsidian Entertainment is one of the foremost Western RPG developers in today’s industry, with a legacy that includes acclaimed titles such as Pillars of Eternity, Fallout: New Vegas, and South Park: The Stick of Truth. Acquired in November 2018, the studio remains committed to brand new WRPG games in both new IPs and old, and will undoubtedly pursue masterclass projects across many fields.

Founded in 2002 by former members of Interplay Productions, inXile Entertainment are the creators behind some of the best CRPGs in the industry, such as Wasteland 2 and Torment: Tides of Numenera. The studio is originally based in Newport Beach, California, however in November of 2015, inXile founded a second studio in New Orleans, where since now-former President Matt Findley has resided as Studio Lead.

Founded in 2002 by former LucasArts developers led by Tim Schafer, Double Fine Productions is a studio functioning as a masterclass in unique, interesting games focusing on fun above all else, even though they're really freaking good at the other stuff, too. Among their repertoire are such titles as Psychonauts, Massive Chalice, and the much beloved Grim Fandango Remastered—itself a modern rendition of a project Tim Schafer created back in the LucasArts days.

Created by Microsoft in 2019, World's Edge is headed up by Shannon Loftis and is responsible for managing the Age of Empires franchise in a similar fashion to 343 Industries with Halo and The Coalition with Gears of War. Not much is yet known about the studio, but we'll surely find out in the months and years to come.

Below we have information regarding upcoming titles created by partner studios, as well as any other relevant material not mentioned previously. Don't fret. This section will get a MAJOR rework in the days and weeks to come.

We begin with upcoming partner titles: 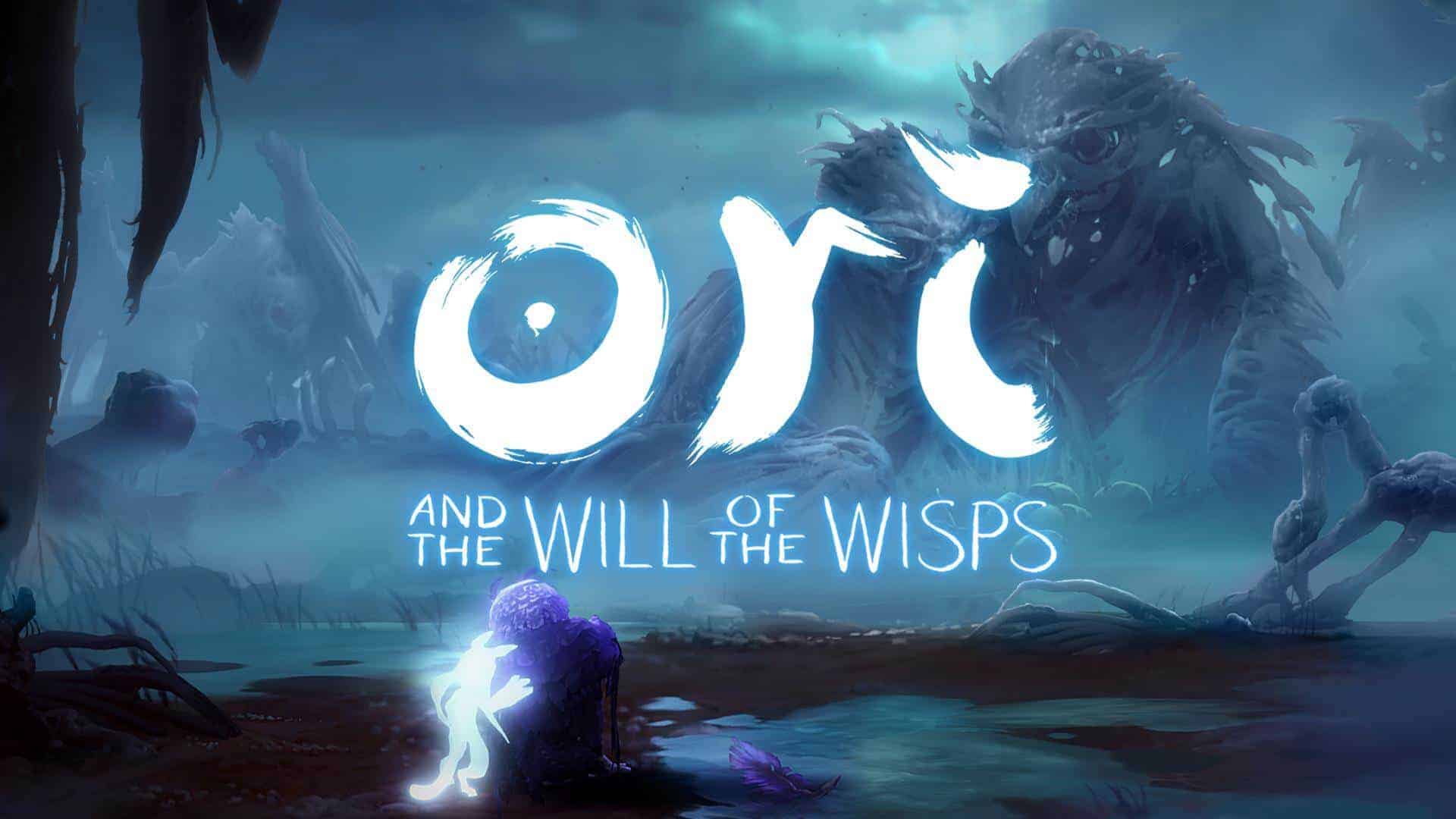 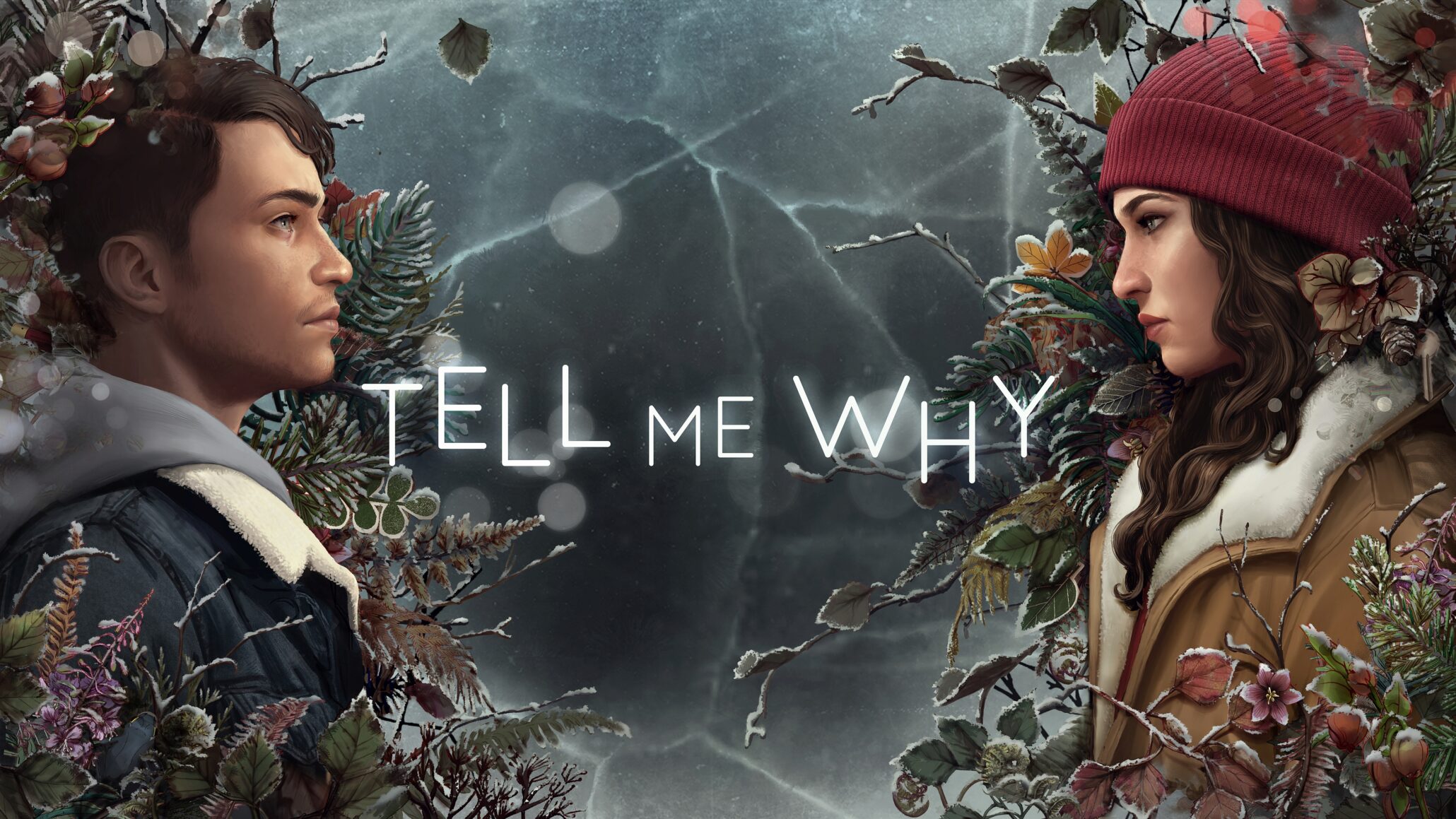 Tell Me Why is the latest narrative adventure game from DONTNOD Entertainment, the studio behind the beloved franchise Life is Strange. In this intimate thriller, reunited twins Tyler and Alyson Ronan use their special bond to unravel mysteries of their loving but troubled childhood.

Set in the fictional town of Delos Crossing, Alaska, Tell Me Why features a cast of intriguing, true-to-life characters and mature themes. As you interact with memories of the past, you will make choices that determine the strength of the unique bond that Tyler and Alyson share—and shape the future course of the twins’ lives.

Tell Me Why unfolds across three chapters, all of which will release in the Summer of 2020 with Xbox Game Pass and will also be available for purchase on Xbox One, Windows PC and Steam.
Click to expand...
Click to shrink...

Flight Simulator will feature Asobo's in-house developed game engine, and leverage Bing Maps data, accessing over two petabytes of data from the cloud on demand.[1]Azure AI analyzes map data and photogrammetry to generate photorealistic 3D models of buildings, trees, terrain, and so on. This allows the simulator to depict most parts of the world in 3D photo-realism, and other parts in high definition.[2]

There will also be realistic physics and weather systems, and utilization of real-world weather data. An example used at E3 2019 was that if it was raining somewhere in real life, it would be raining in-game. Individual clouds will have their own behaviors and they will impact aircraft performance depending on its location within the system. Asobo has created their own flight model engine, allowing thousands of surfaces and 3D forces and moments to be fully simulated.

Flight Simulator will populate roads with vehicles, water will flow realistically based on wind direction, grass will have individual grass blades and trees will have individual leaves, creating the illusion of a living world. It will feature over two million cities and towns and more than 40,000 real-world airports.
Click to expand...
Click to shrink... 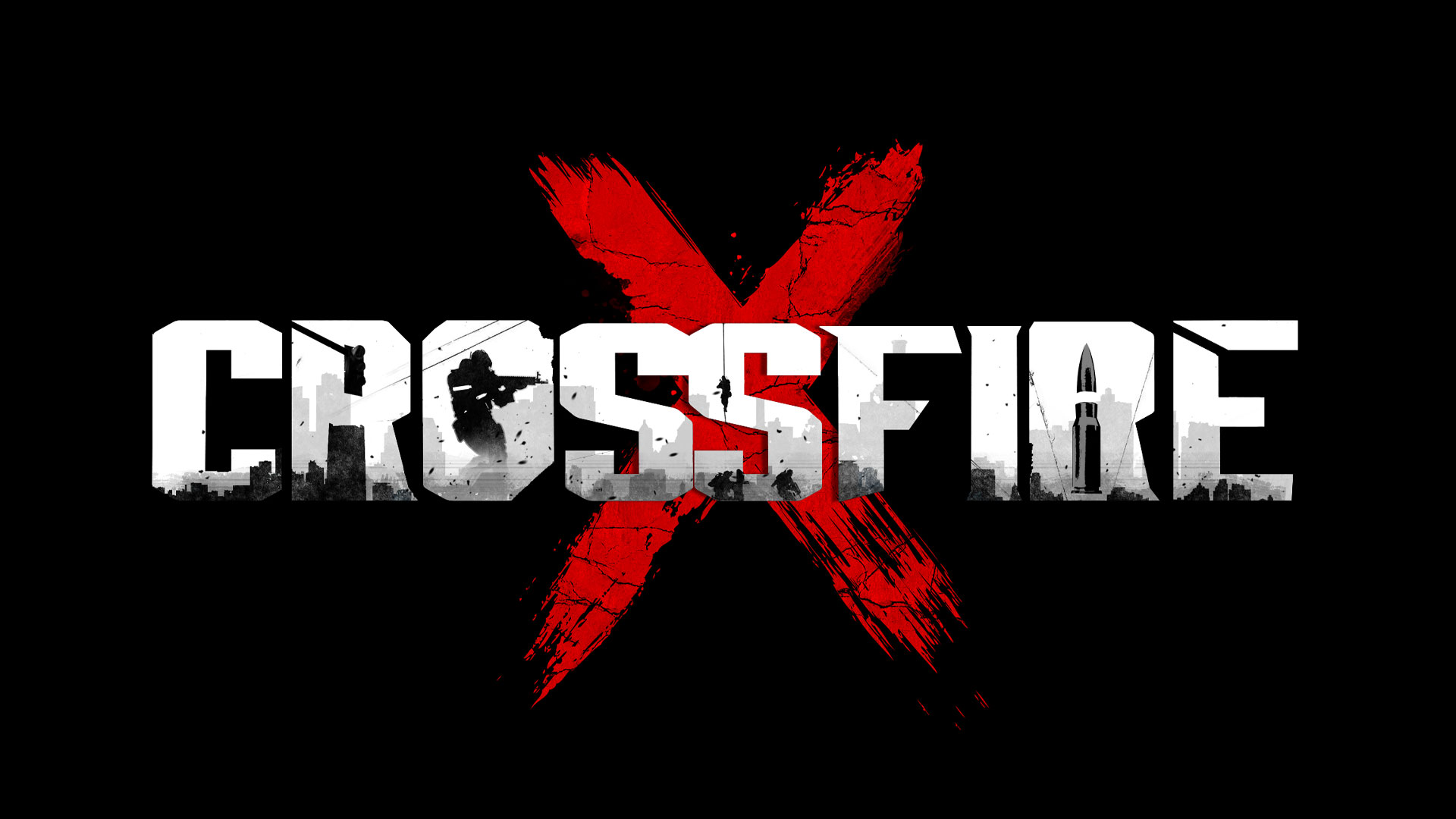 CrossfireX delivers an intense first-person shooter experience where players are immersed in a sprawling global conflict between the world’s two most formidable private military factions: Global Risk employs veterans of powerful armed forces who use advanced technologies to fight for order and security; Black List employs hardened mercenaries trained in guerilla tactics who fight to destabilize oppressive regimes in the name of freedom. Choose your side and complete objective-based missions across a variety of classic and innovative modes featuring tightly crafted gameplay and cinematic visuals.
Click to expand...
Click to shrink...

Credit for the headers goes to Klobrille.

On the first page!

You're gonna need to add Dontnod + "Tell me Why" to the currently partnered studios (XGS Publishing) btw ;)

Phil I love you

I really adore Xbox and their games, but I just have never been impressed by the Xbox One as a platform. I really want them to win me back with Scarlett somehow – hook me in with something new, different, and exciting like Nintendo did with the Switch. xCloud might just be that thing that compels me to jump aboard Scarlett, if they manage to pull it off well.

Oh hey, I made it on the first page of the new OT.

I said this in the last OT but i will say it again here. A few days ago, I got an email from Microsoft that had a link to a survey about next gen. I was wondering if anyone else got that.

This will be my only post in the thread

Kaironaut we need to update the Age of Empires studio information. It is called World's Edge right?

Filipus said:
Kaironaut we need to update the Age of Empires studio information. It is called World's Edge right?
Click to expand...
Click to shrink...

Both releases are from World’s Edge, a dedicated studio for Age of Empires that’s led by Shannon Loftis and is now a part of the Xbox Games Studios family.
Click to expand...
Click to shrink...

Xbox is pretty cool I guess

New thread :) Well done Kairo. This should keep us going until February 2020. Hope we get some juicy insider info along the way.

christocolus said:
New thread... This should keep us going until February 2020.
Click to expand...
Click to shrink...

I hope we get the Scarlett reveal around that time. It’s always so exciting.

Halo Infinite most ambitious game in 2020.

- InXile is currently working on an Action RPG

- Gears 5 was also released this year. It's already in the Coalition section, but not in 2019 releases.

It will definitely be mine.

Honestly hope they shadowdrop at TGAs if it's ready. Looks really fun.

God damnit, was I the only one that submitted Spencer's Choice! After so many people said it was a good title :D

This one's good too though, I'm not bitter.

New thread!, excited for this.

OT needs some tweakin’ (Worlds Edge is the new name for the AoE studio) and also adding Asobo and DONTNOD to Global Publishing.

God damnit, was I the only one that submitted Spencer's Choice! After so many people said it was a good title :D

This one's good too though, I'm not bitter.

Didn't see the poll. I woulda voted Spencer's Choice. Still, this title is great. Only thing I'd like to see is a TM added to the end given Sony's attempt to steal it.

Dimple said:
OT needs some tweakin’ (Worlds Edge is the new name for the AoE studio) and also adding Asobo and DONTNOD to Global Publishing.
Click to expand...
Click to shrink...

DONTNOD is there. Asobo is MIA.

DeoGame said:
Didn't see the poll. I woulda voted Spencer's Choice. Still, this title is great. Only thing I'd like to see is a TM added to the end given Sony's attempt to steal it.
Click to expand...
Click to shrink...

Odds on this OT making it to the Scarlett reveal?

Desfrog said:
Odds on this OT making it to the Scarlett reveal?
Click to expand...
Click to shrink...

Very small. Most likely up for 4-5 months with the next OT around April or May.

I think we can add more rumored projects under Obsidian. We more-or-less know they're working on a AAA open world RPG (lead by Chris Parker?) Thanks to job listings.

Slicer Dyster said:
Very small. Most likely up for 4-5 months with the next OT around April or May.
Click to expand...
Click to shrink...

Yeah, your probably right.We should at least have some juicy leaks in this threads future with GDC early next year. Exciting times.

Here for AOE4 and AOE3 too.

We need some Scarlett info in this thread!