I'm currently playing Rage 2 and while the Shotgun is getting a lot of praise (that it rightly deserves), I'm also really enjoying the AR.

The AR is pretty much the default weapon in most games, it's usually a reliable way to pump out damage with an "all round" versatility, and even just a serviceable one is something of a requirement, but when an AR really shines it can be something special.

So, what are your examples of the best ARs in video games?

I'll start with my personal top 3.

3
The Heavy Assault Rifle DOOM 2016
A huge slab of metal that fires huge chunks of metal. Pretty sure it's technically considered obsolete in-universe, but the inherent reliability and just super awesome ability to spew .50 cal rounds with AR versatility is pretty undeniable.

2
MA5B Individual Combat Weapon System Halo CE
Just one of the all-round most satisfying ARs to fire. It's not got the versatility of many ARs due to the lack of scope, but it's surprisingly accurate at mid range with controlled bursts and strips enemies at close range. It was never the stand out weapon in the series in terms of original design, but it's consistently a fan favourite. Even in multiplayer where I relied on the M6D (god bless this gun...) the MA5B was always a dependable backstop.

1
Overwatch Standard Issue Pulse Rifle Half life 2
Just ultimate satisfaction in AR form. The design, the sound, the alt-fire that literally disintegrated targets. The bright yellow/blue muzzle flash lends a distinct prettiness to the murderous perforation that made it a joy to fire.

Ranger Assault Rifle Rage 2
Nothing fancy. Just super, duper solid and versatile. This is one of the most satisfying ARs I've ever used. The design, feel, and sound are all pretty standard... but once it's upgraded and you start popping heads and chewing through armour it is one of the most addictive in class.


M41A Pulse Rifle Alien 3 (Mega Drive)
This one is pretty much nostalgia talking, but it's still one of the first ARs I think about when I consider this list. It's really nothing like the GREATEST FICTIONAL AR OF ALL TIME overall, but it was the first time I'd ever played with a video game version of it. The under barrel launcher that "popped" Aliens with a gratifying thunk just added to the satisfaction.

I mean c'mon it's a rifle with a chainsaw

The G36C in COD4 Modern Warfare.

M4-A1 with silencer in Counter Strike. I don't care if the M4A4 is a better choice. 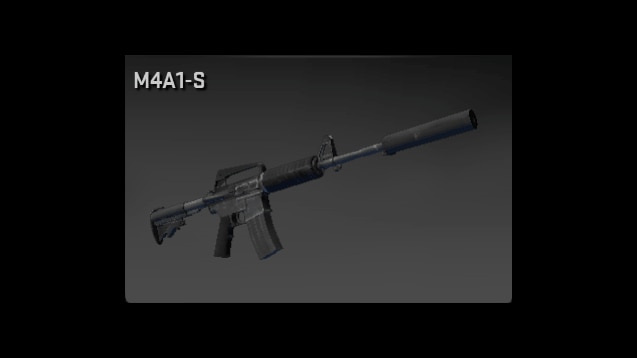 The Great Dairy State (any pronoun) 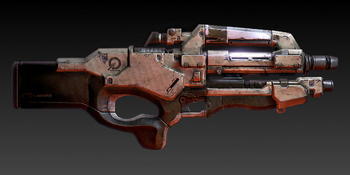 The M-96 Mattock. Technically more a DMR then an assault rifle, it can drive tacks and hits like a freight train.

M16 in MW2 multiplayer is the first thing that came to mind, love that thing , its so deadly on Hardcore which is what I played the most. You could pre fire then sweep the weapon across an enemies body at close to mid range, one bullet of the burst would hit and kill them 99% of the time

I think it was the SCAR in Black Ops 1 that I liked.

No specifics that stick out, but I definitely go with semi-auto rifles more often than not. Not a fan of full auto spray and pray weapons.

HAMR from Black Ops 2. It's an LMG but still.

Punisher on the NES

GOW Lancer and HALO: CE assault rifle are my favorites.

The R101 is not getting enough love.

Loved popping off helmets with this in KZ2's Warzone.
OP
OP

banter said:
No specifics that stick out, but I definitely go with semi-auto rifles more often than not. Not a fan of full auto spray and pray weapons.
Click to expand...
Click to shrink...

Replace that with the Breakneck! (Same gun, better perks haha)

i feel the bullseye from resistance should be up there.

oh shit this is a good one. It's a damn shame you don't use it during KZ:SF campaign. I think they added it to MP much much later.

I really love this gun. It is one of the most realistic fictional guns I have ever seen.

I really like the new Tactical Assault Rifle in Fortnite. It has an amazing reload animation. Solid John Wick style. I couldn't find a video that isn't 10:06 clickbait from kids. Look it up. 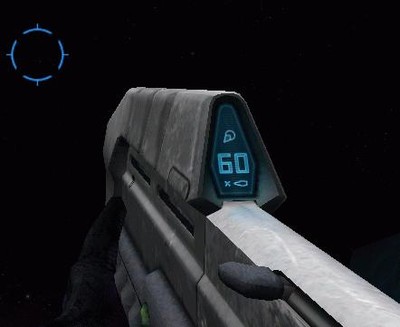 Kept me company for years.

And the way the gun was animated was just sublime. Killzone 2 treated weapons and their animations with so much care and it still shows to this day

Destiny 2 - Valakadyn 9specificalyl the one I have rolled and masterworked currently)
Sounds good, fires fast, is accurate and stable enough and is just fun to use. It's notable for switching between different ammo types, at short range it uses shield piercing rounds, at longer ranges it switches to higher damage bullets that cannot pierce shields but wear them down at a decent rate and deal a ton of DPS to armor. Unfortunately it got much worse in Prejudice which changed how shields worked. Was probably needed for mass market appeal since too few people understood the damage system in Section 8 but I wasn't a big fan of the new system.

There was also the fun of messing with enemy AR users by staying a bit away while your shields are up so it shoots non-piercing shots and stepping closer when your shields are down so they use the lower damage piercing rounds.

ARs usually don't stand out, even if they're a solid staple and go to in many scenarios... and while this one doesn't do anything particularly new, it just looks and sounds and feels incredible.

I missed it, lol, so I'll have to make do with my low-rent versions.

The gun's design really stands out, too. I'm really not a fan of the majority of Destiny's armour and weapon designs, and HotC really stands out in that regard. Its standard military look is actually a pretty big plus in-universe in this way. Elegant, great sound, just awesome.

Yeah the AR in RAGE 2 is my most upgraded weapon
As for my picks it goes like this:

Not in order. That’s what I recall for now

The M-96 Mattock. Technically more a DMR then an assault rifle, it can drive tacks and hits like a freight train.
Click to expand...
Click to shrink...

Counter-Strike's AK47. Nothing has ever matched it.

I don't know what it is about this particular gun, but Ringing Nail in Destiny 2 is RIDICULOUSLY fun to use for me.

Always had fun with the famas in mgs. 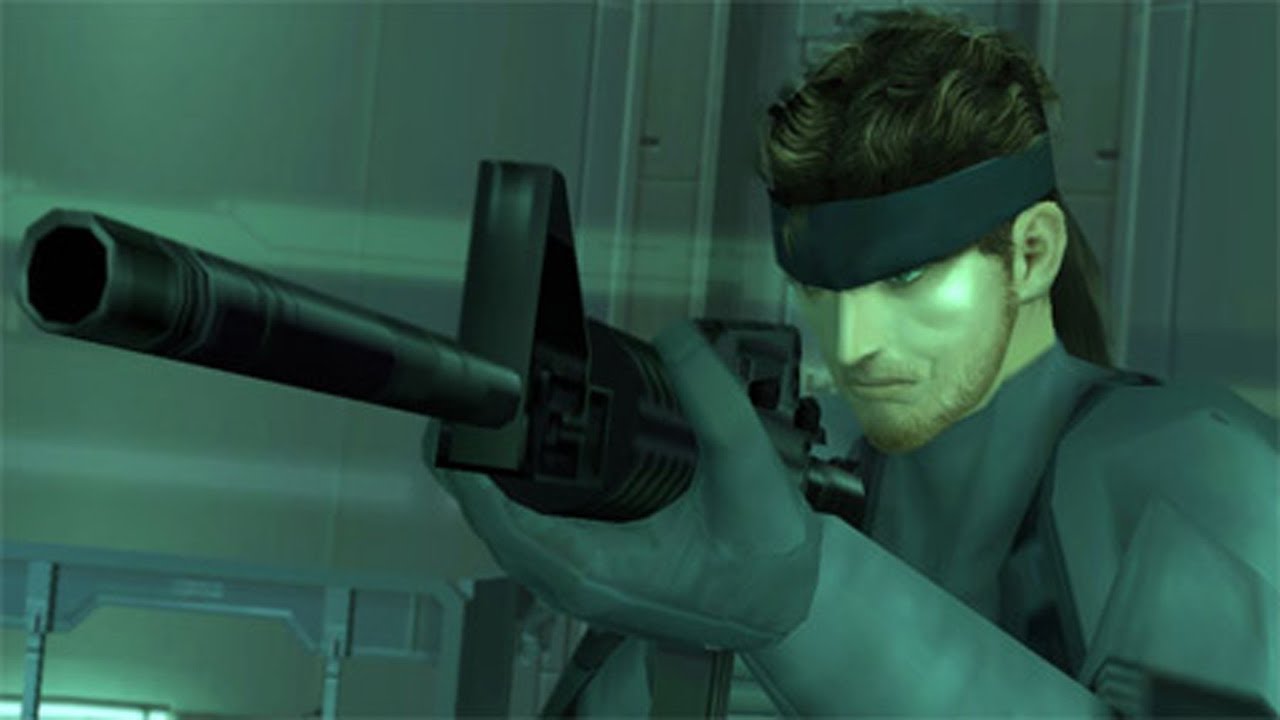 The M4A1 in Counter-Strike is what started my love affair with ARs.

I think if I had to pick it might be the R-101C from Titanfall. 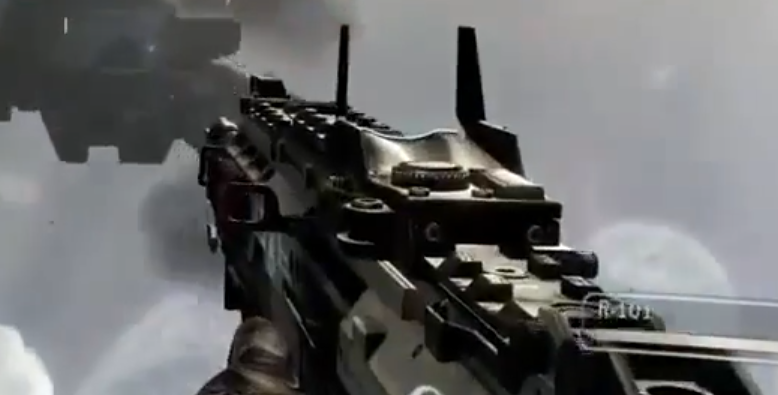 Is the light bowgun from Monster Hunter: World an assault rifle? I would say it basically is, and while I fell off Money Honey that weapon felt good when I played it.

I can't get enough of RAGE 2's Ranger Assault Rifle; turns most enemies into swiss cheese with the armor breaker rounds. The SCAR in the Crysis series handled very well and had great ADS control, and I also liked the Goblin & Spec Ops Goblin in Watch Dogs since it packed decent power and was lethal from just about any range.

I suppose one sort of wildcard choice would be the Plasma Rifle in Fallout 4, which doesn't have the greatest combat. Still, the sound of the plasma, and the burst of green projectiles smashing into enemies and reducing them to goo made it a memorable tool. 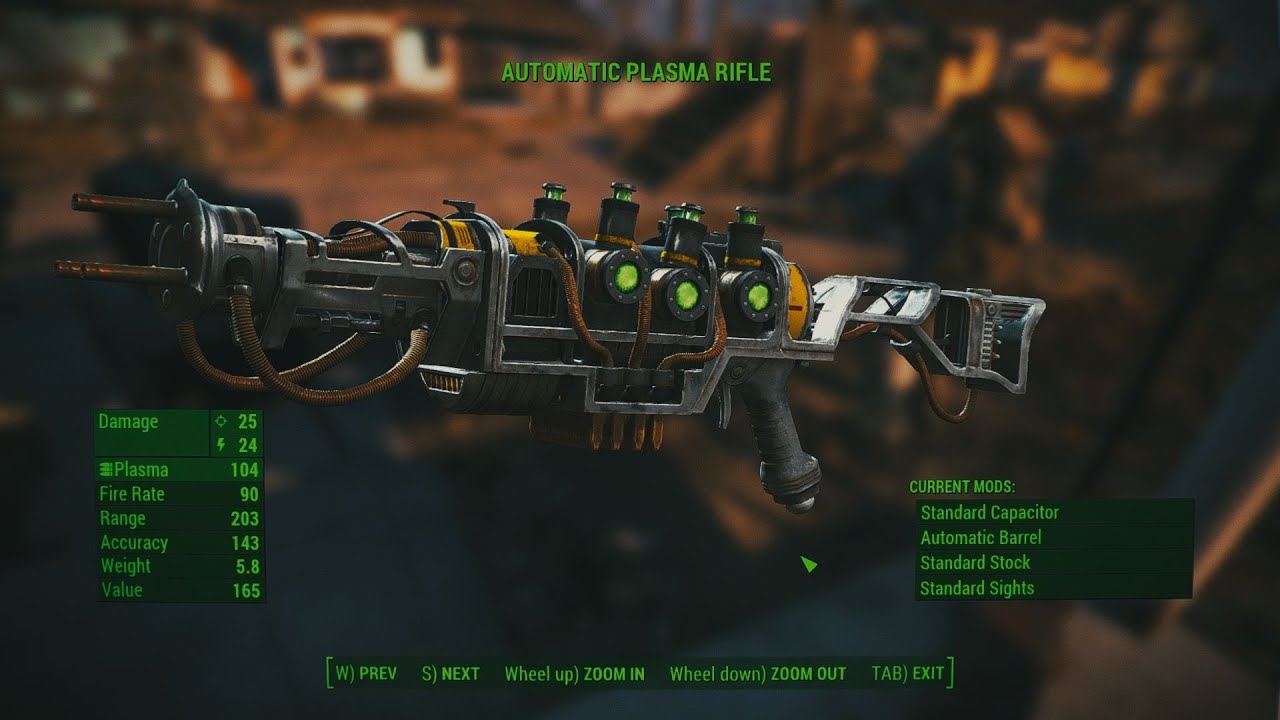 astro said:
If you're spraying and preying with an AR, you're doing it wrong ;)
Click to expand...
Click to shrink...

I know, I was just making a comment on how most use them. I don’t like burst fire rifles either. Semi-auto, each bullet is 100% deliberate. Autos and burst fire leaves many bullets to luck from recoil/climb. I don’t like that. Is it easier? Usually because more bullets at a higher rate, but much like a dual clutch automatic transmission, easier/faster doesn’t mean more fun.

This sticks out in my memory a bit. Was that the auto or the semi auto? I know the game had both and the only difference was a letter or two. Either way, I used the hell out of the semi-auto version!

The M-96 Mattock. Technically more a DMR then an assault rifle, it can drive tacks and hits like a freight train.
Click to expand...
Click to shrink...

Oh yeah, this also sticks out in my memory. Beast of a gun, loved it.

MA37 from Halo: Reach. More realistic version of the previous Halo ARs, with much cooler looks and sound. Pity the weapon is a piece of shit in the game...

Just the biggest 'fuck YOU' to the competitive meta of the franchise and I adore it
Click to expand...
Click to shrink...

The fuck is wrong with you

G36C and M4Carbine in CoD 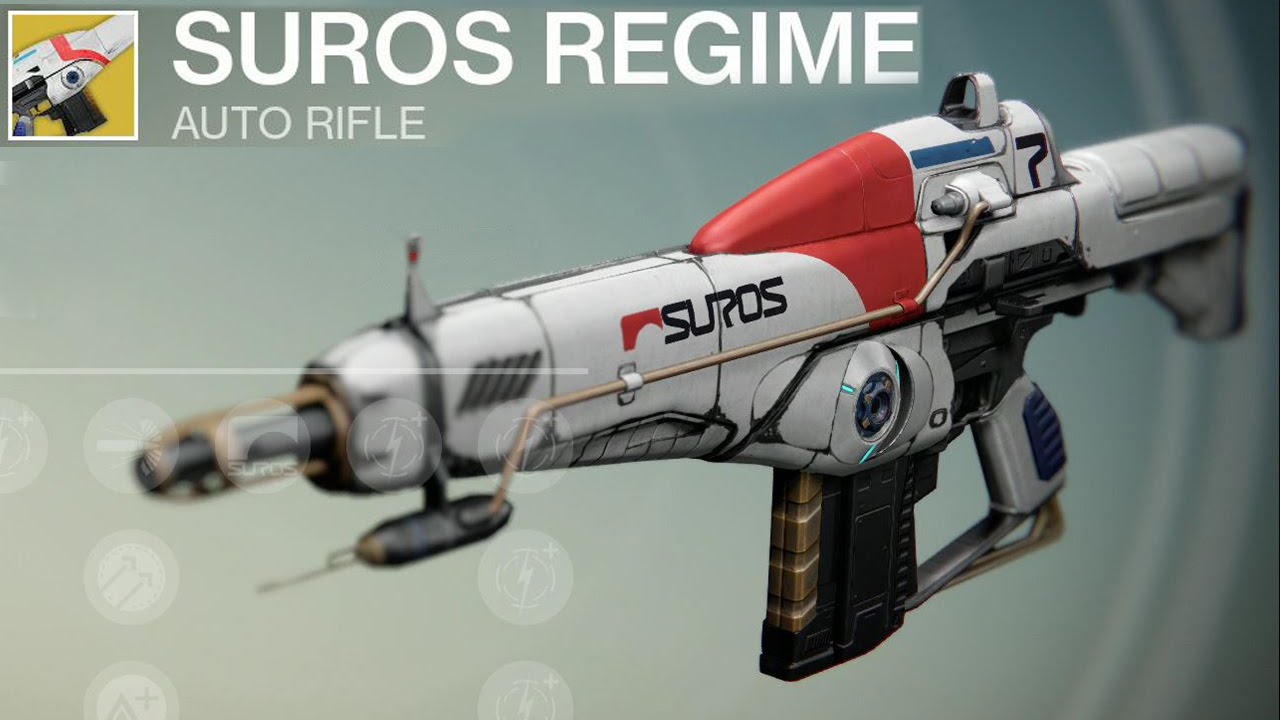