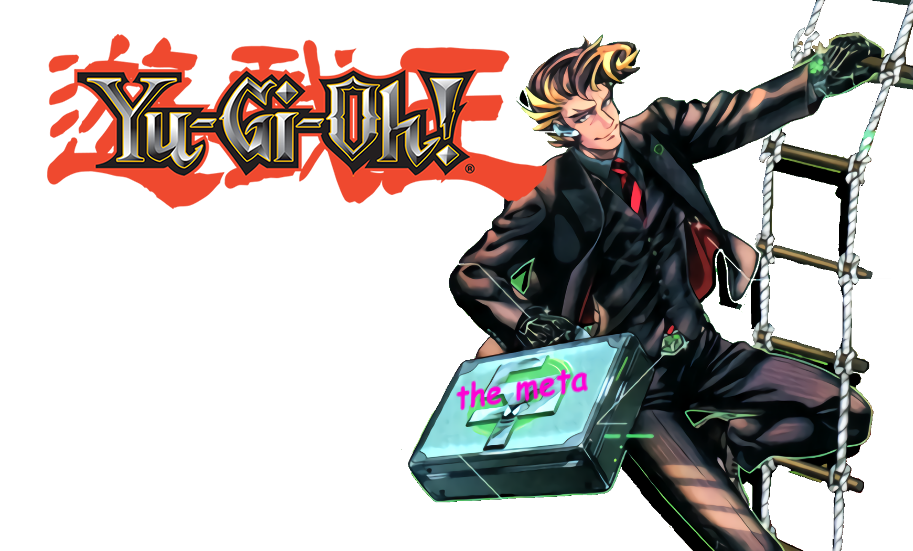 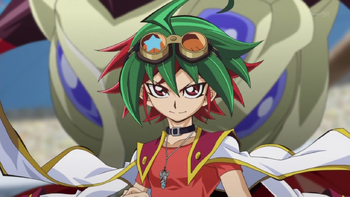 I should start VRAINS
OP
OP

I heard that the protag was tortured and is seeking revenge through card games. Seems like my cup of tea.
OP
OP

So I decided to try to get back into this game after not playing seriously since elementary and middle school (I played until some time while GX was still on TV).

I have been out for a while but got the urge to play again so I dig around and find that this ygopro thing that lets you play for free with whatever cards you want. I look around online to see what cards kids are using now days and a lot of the decks seem stacked heavily towards what is in the extra deck. I don't know shit about the new synchros or XYZs or pendulums or link monsters so I don't bother fucking with any of it. Instead I make myself a Dark Magician deck with the following cards:

Side Deck - 5
Mirage Knight
Dark Siege
Time Wizard
Dark Eradicator Warlock
Buster Blader
So I take these cards out for a spin on that ygopro thing and holy shit has this game become insufferably obnoxious. Here is an example of two games I played. In the top example, I took the first turn, in the second I took the second turn. 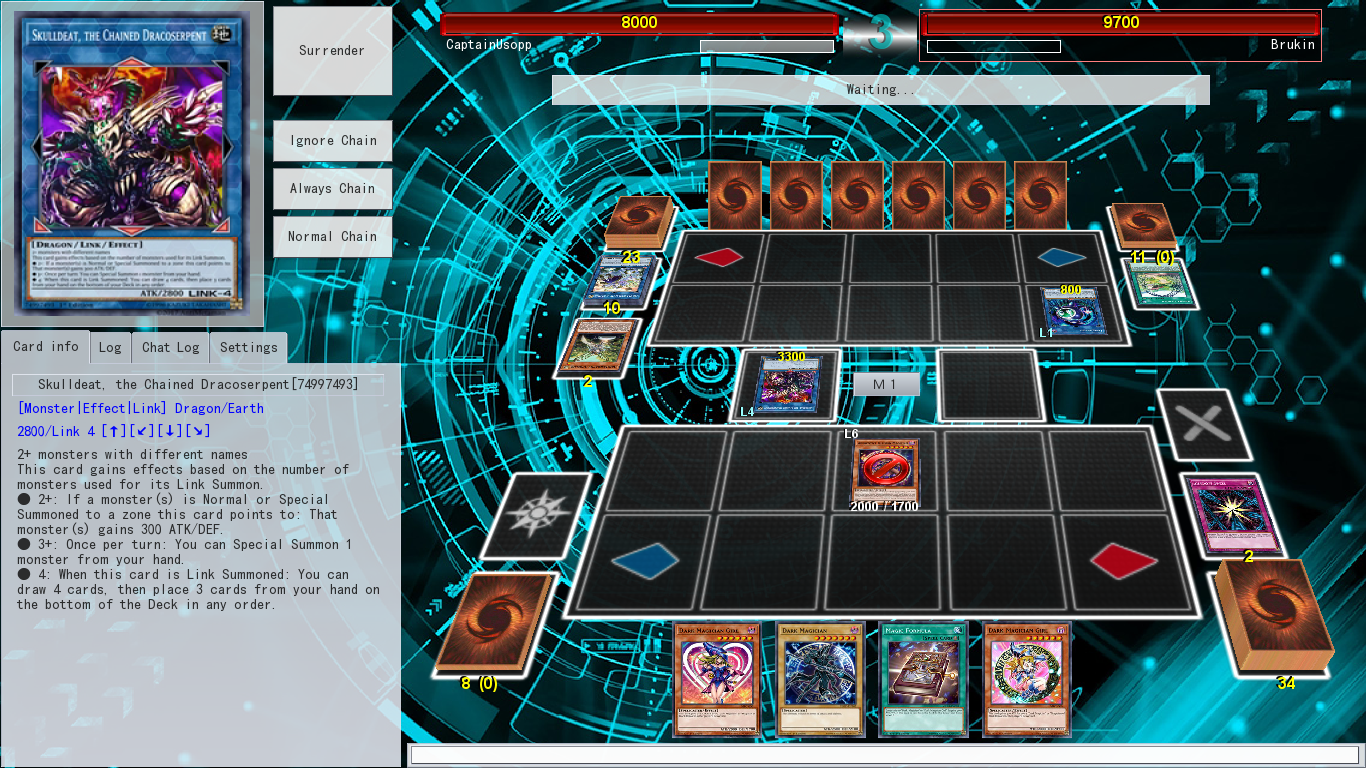 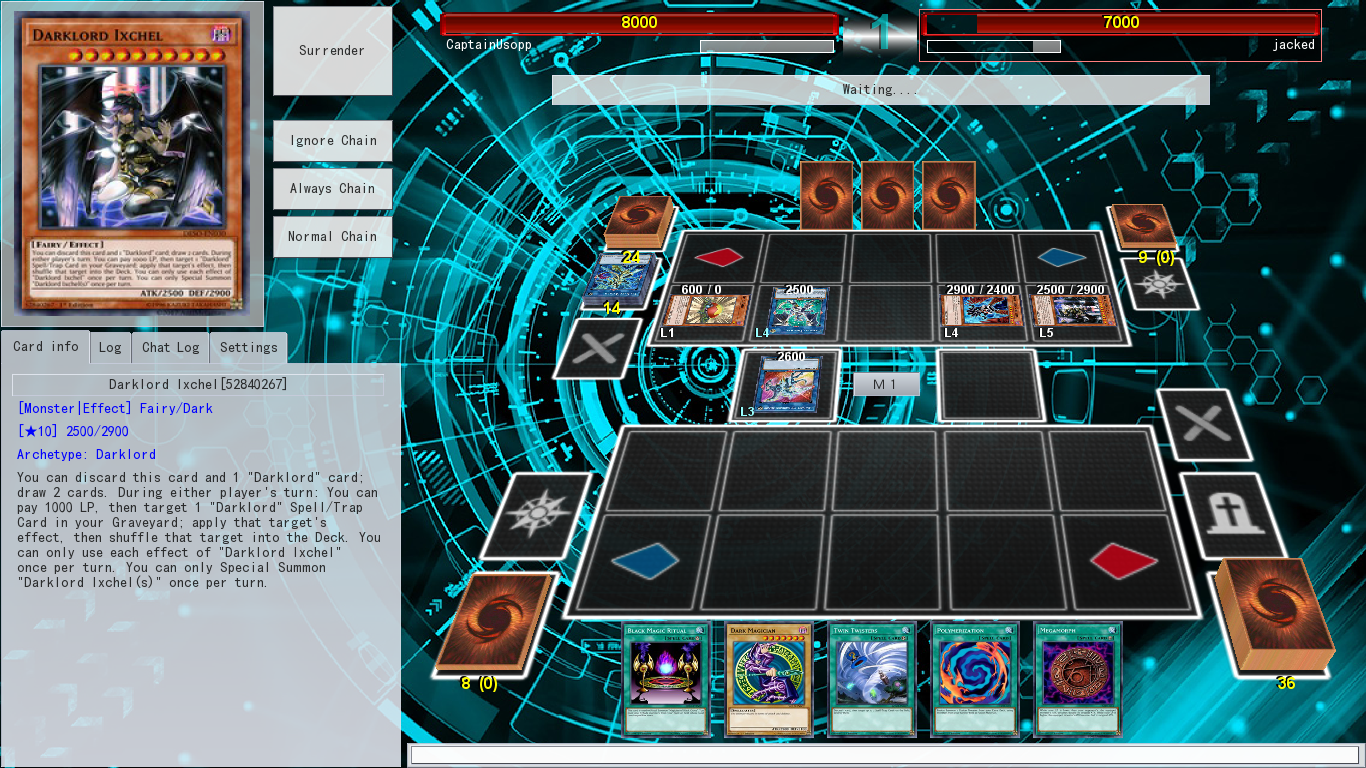 In both these games, I actually ended up winning by timeout because the other person just took too damn long with their turn. Is this how everyone plays now thanks to the new card types? This is annoying as shit. It is like everyone is running an Exodia deck and trying to burn through as much of their deck in as little time as possible.

We recently pushed out a new update to our online deck builder to automatically generate a random deck!

It's in early stages at the moment but in future we hope to implement smart filters to better randomly generate a deck. It'll also generate nifty names for you!

Maybe Precious Sprite Vendread will be the next Tier0? :P 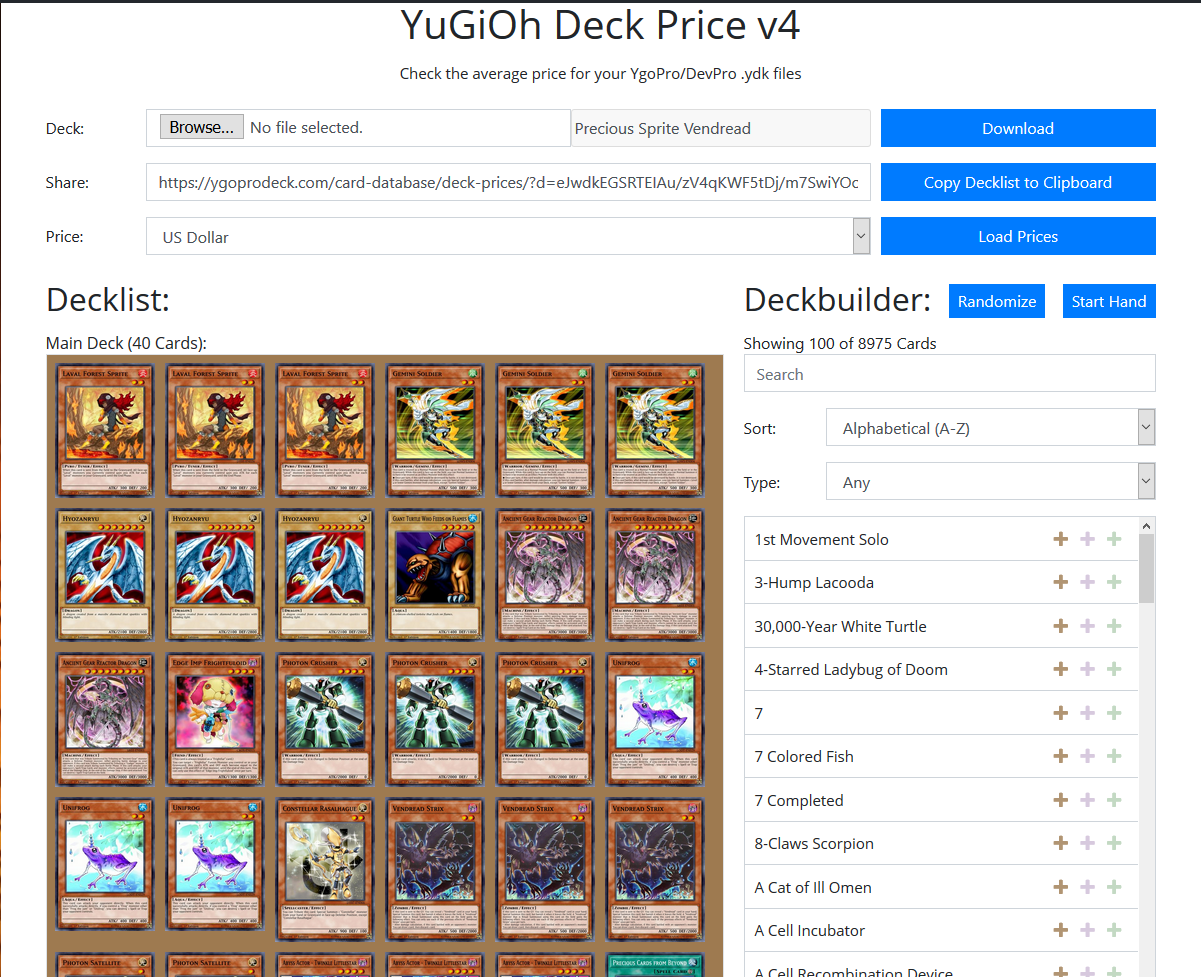 Yu-Gi-Oh! can't be forgotten, come on!

Broke: Yu Gi Oh is a card game for children.

Woke: Yu Gi Oh is a card game for lawyers.


Had an itch myself to play some card games. I was searching through the forums for threads, but the only one that seems active on era is the Magic one.

Maybe there should be a general card game OT so that the communities aren't split and it remains somewhat active.